Sarahah: Here's why this anonymous messaging app is going viral

To keep things interesting, the app has an option to share link of their Sarahah username, and also share any ‘constructive message’ they receive.

As much as honesty is desired, being at the receiving end can be a tricky situation. To make things easier for such people, Sarahah, an app which allows people to be honest without revealing their identities, has come to their rescue. It is a mobile as well as a desktop app, which has been creating ripples in the social media spaces.

Dialog boxes coming with half-opened envelopes, with anonymous funny, sarcastic, flattering observations are appearing on our social media timelines. Let’s take a look at this app. 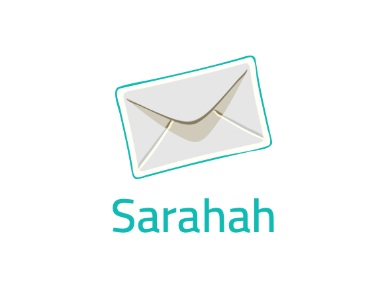 Sarahah, an app that has been viral on social media. App Store.

What is Sarahah app?

Developed by Zain al-Abidib Tawfiq from Saudi Arabia in 2016, this app was created with the intention to receive an honest feedback from employees or friends, but anonymously. This app can be used in two ways, through its website and through its mobile app. It is available on the Android as well the iOS platform.

Once downloaded, users have to register themselves. Users can then search other friends or users they want to send messages to. On selecting one such friend, a message box appears, which prompts the user to ‘leave a constructive message’ followed by a smiling emoji. Once confessed, the user can press the send button and ‘the truth is set free’. It allows only texts and no graphics.

Those at the receiving end of the message, have an option to either like it by pressing the heart button, which cannot be viewed by any of the sender. And, if they think it is denigrating or a spam, the user has a choice to block that particular person. But, it does not provide any option to respond to those messages, however, as per Sarahah's website they are still working on this aspect.

To keep things interesting, the app has an option to share the link of their Sarahah username, and also share any ‘constructive message’ they receive. The link can be shared on all major social media buttons like WhatsApp, Facebook, Snapchat, Twitter, and Telegram.

How did it become popular?

In an interview with the Mashable, Tawfiq, a computer scientist from Saudi Arabia, said that he started this as an employees’ forum where people could give constructive criticism about each other. Keeping a 1000 message target in mind, the website, eventually spread to other Middle Eastern countries, like Lebanon and Tunisia.

However, it got a massive jump when Arab expatriates living in Canada began using Sarahah there. Recently, on 13 June, this website was turned into an app and was added to App Store. Slowly its popularity grew. So much so that on the App Store, it is the most downloaded app after WhatsApp, leaving even Snapchat behind. It was Snapchat, which became

In fact, it was Snapchat, which in an update let its users share Sarahah messages, prompting their followers to download Sarahah app. Snapchat became a catalyst in increasing Sarahah's popularity. Sarahah app allows you to send message to people anonymously.

Cyberbullying: ‘One case is too many’

While anonymity gives this app an edge above the rest, cyber bullying can be an obvious flipside to this issue. The fact that it allows anonymity, would be a fertile space for cyber bullies to post denigrating messages or harass the user at the receiving end. Harassment through social media is not a new phenomenon. People especially, teenagers can be exposed to threats and harassment.

Tawfiq, in an interview with the BBC, said, “Misuse is a challenge for all social networks. In Sarahah, we do believe, that one case is too many. We’ve taken a lot of measures, I don’t want to give details of these measures, because I don’t want to make the misuser’s job easier. But we do have features such as blocking, filtering, and many other techniques.”

Though Sarahah comes with a baggage of misuse, the app wants users to be honest with each other.

On first glance, Sarahah sounds a lot like anonymity focussed apps we had seen in the past such as Secret or Whisper. These apps too had their heyday couple of years ago, but the craze eventually died off. Will Sarahah meet a similar fate? Let's wait and watch.