Android smartphone makers are quickly making trends out of features, thanks to the many players in this space. After experimenting with the different types of notch design, it's now the time to play around with the in-display fingerprint scanning mechanism. At least for Samsung.

A technology popularised by handset maker Vivo on smartphones such as the V11 Pro, X 21, Nex, has quickly seen adoption by rivals such as OnePlus as well as Huawei. The in-display fingerprint sensor will be seen in devices like the OnePlus 6T and Huawei Mate 20 Pro.

There have been rumours around the upcoming Samsung Galaxy S10 to be packed with an in-display fingerprint scanner as well. Samsung seems to have taken this trend a bit further with new patent stating the whole display covered with the in-display fingerprint scanner rather than a small portion of it.

A new report in Techspot states that Samsung had submitted a patent in April at the USPTO and the WIPO was published.

The patent describes how this version of the in-display fingerprint sensor would allow users to unlock the device by placing their finger anywhere on the screen.

Also, if this turns out to be a security risk while using some apps, the report mentions that a window for authenticating prints can be used.

The sensor is said to be controlled by a separate, low-energy processor that might increase the brightness of the screen when a finger, even if it's dirty, is detected. This fingerprint is said to be scanned thrice. 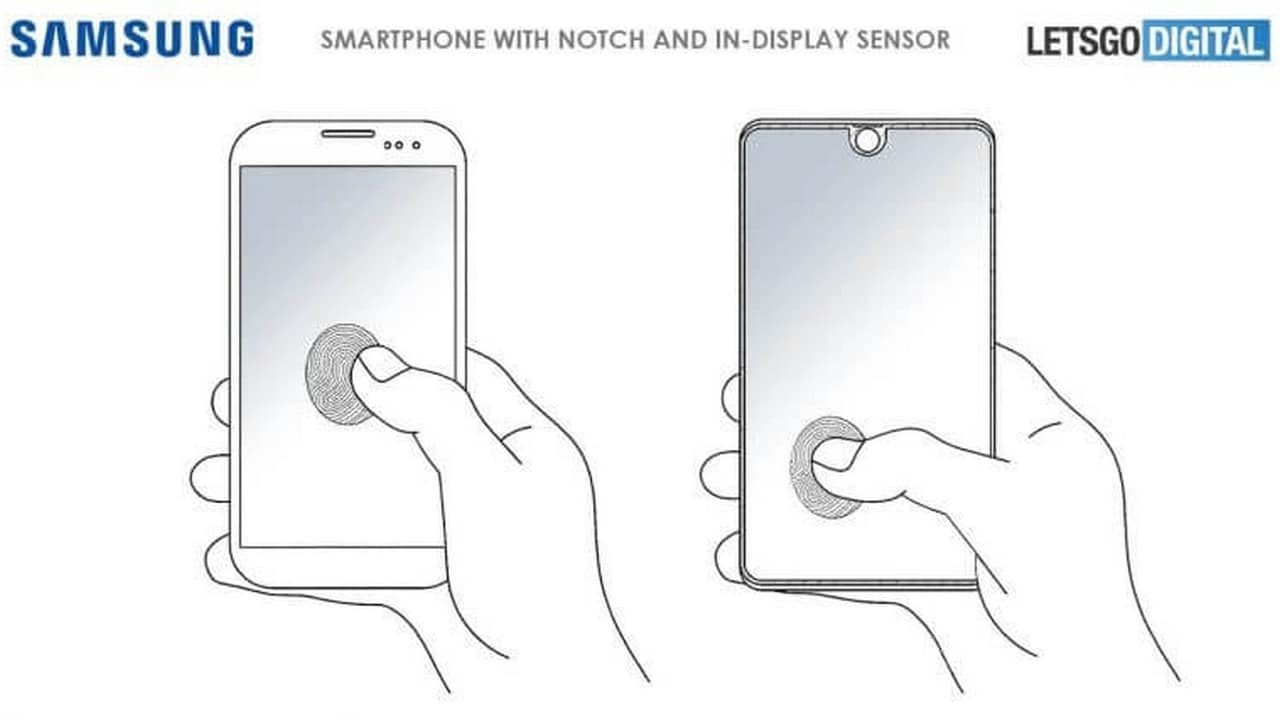 This sensor is said to quicken the pace of unlocking and also make it more accurate in comparison to the scanners that are available nowadays.

The illustration in the patent shows a phone which comes with a notch, but the notch maybe can just be for the explanation purpose.

A recent report had also shown how Samsung is planning to include an in-display front-facing camera.