At the launch of Samsung's newest flagships, the Galaxy S9 and S9 Plus, we all expected AR Emoji to be a rip-off of Apple's Animoji. Turns out it's quite different.

Apple last year introduced Animoji, giving a 3D approach to the currently flat emojis and lending all of that Face ID technology packed into that tiny notch a bit more useful. Samsung at its Unpacked event ahead of the Mobile World Congress 2018 with the launch of its newest flagships, the Galaxy S9 and S9 Plus also announced what we all expected to be a rip-off of Apple's Animoji. After our editor, Ankit Vengurlekar gave Samsung's AR Emoji (Augmented Reality Emoji) a go, it was clear that these are quite different, not because of what they do, but because of the approach that Samsung has taken to come up with the idea.

As we would already know, Apple's Animoji basically uses a lot of hardware to reflect your facial movements into the emoji. These are limited in number, and with the upcoming iOS 11.3 update, Apple will add a few more of them bringing the total count of 16 instead of the current 12 characters.

Animoji on the iPhone X uses a rather complex method to track your facial muscles. It detects up to 50 points on your face and will then track those points to reflect your expressions on to a cuddly lion. Animojis is one cool feature on the iPhone X

In short, Apple uses a lot of hardware processing and delivers something unique in the sense that Animoji, capture your facial expressions perfectly. The only problem here is that you are stuck with just 12 emoji and none of them can be customised and you will have to share them as videos on other third-party mobile platforms once you are done recording them. Samsung on the other hand takes a simpler approach. It uses it front-facing camera to create a 2D map of a user's face and then uses the same to create a complete virtual avatar. This is not just your face, but your entire body in the AR Emoji. What makes it more interesting is that your avatar can be customised, which means your emoji could be wearing a suit on a weekday and shorts with a hat and sunglasses when on a vacation.

More importantly, the AR Emoji is all you! It's your face in the emoji. Capturing it simple, and then you get 18 set templates to quickly pick and send to friends, or you can create your own custom AR Emoji action that reflects your style and personality just like with Apple's Animoji. 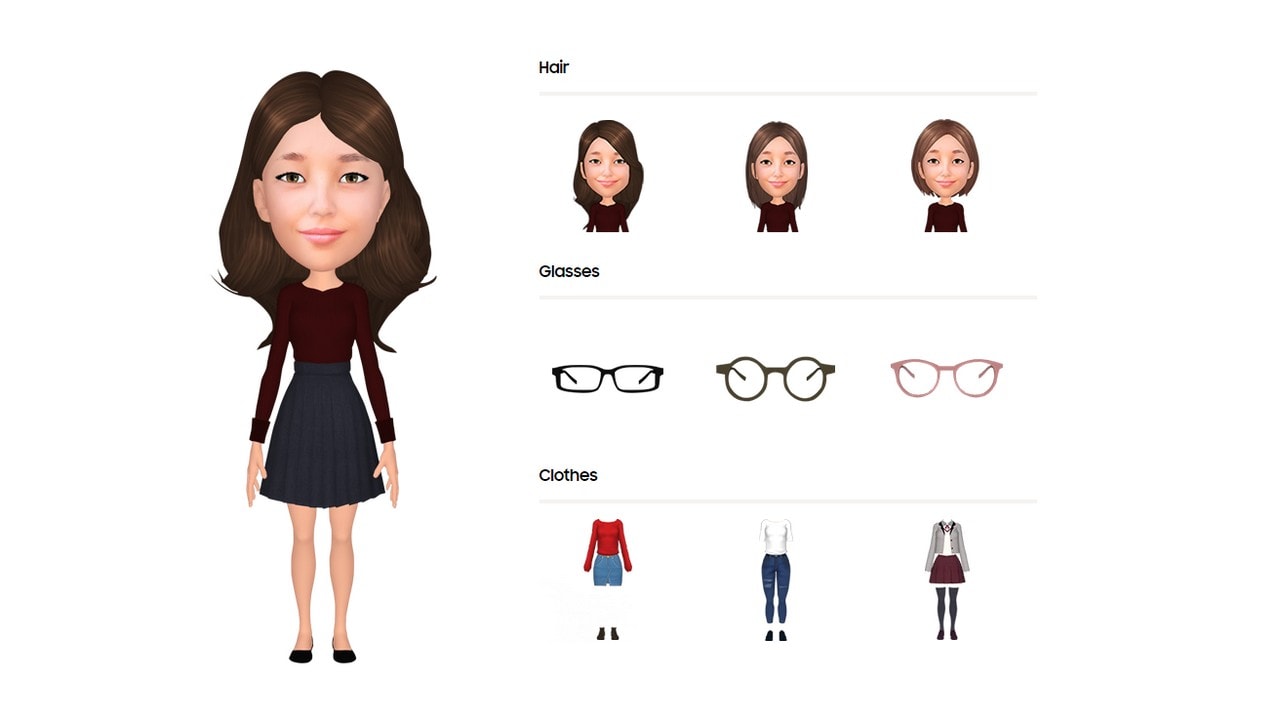 As for the sharing format, these should be available both as a video or a GIF.

What makes AR Emoji even more interesting is that this is augmented reality, which means that Samsung could have bigger plans for this application in the near future. The Disney AR emoji that bring Mickey and Minnie to AR is a cool example of this.

What falls short with Samsung's take on 3D emojis is the fact that they track in 2D, which means that may not track as accurately as the Animoji or the iPhone X. Still then, the idea and execution is not bad for a first shot, and we can see more improvements with future updates.