Would you give up your gorgeous glass slab of a smartphone for a dual-screen flip phone?

Are you bored enough with your gorgeous glass slab of a phone that you’d be willing to give it up for a smart flip phone? Samsung certainly thinks you might. Its W2019 clamshell smartphone has leaked yet again, and this time on Chinese certification site TENAA.

There’s very little information on the phone. Apparently, the phone will feature two screens and two rear cameras. Various leaks indicate that we’ll also see a 3,000 mAh battery and a main 4.2-inch AMOLED screen. The second screen is also to be a 4.2-inch display, but the technology used is still unknown.

When opened, we see a D-Pad of sorts for navigation and of course, an old-school, 9-digit keypad. 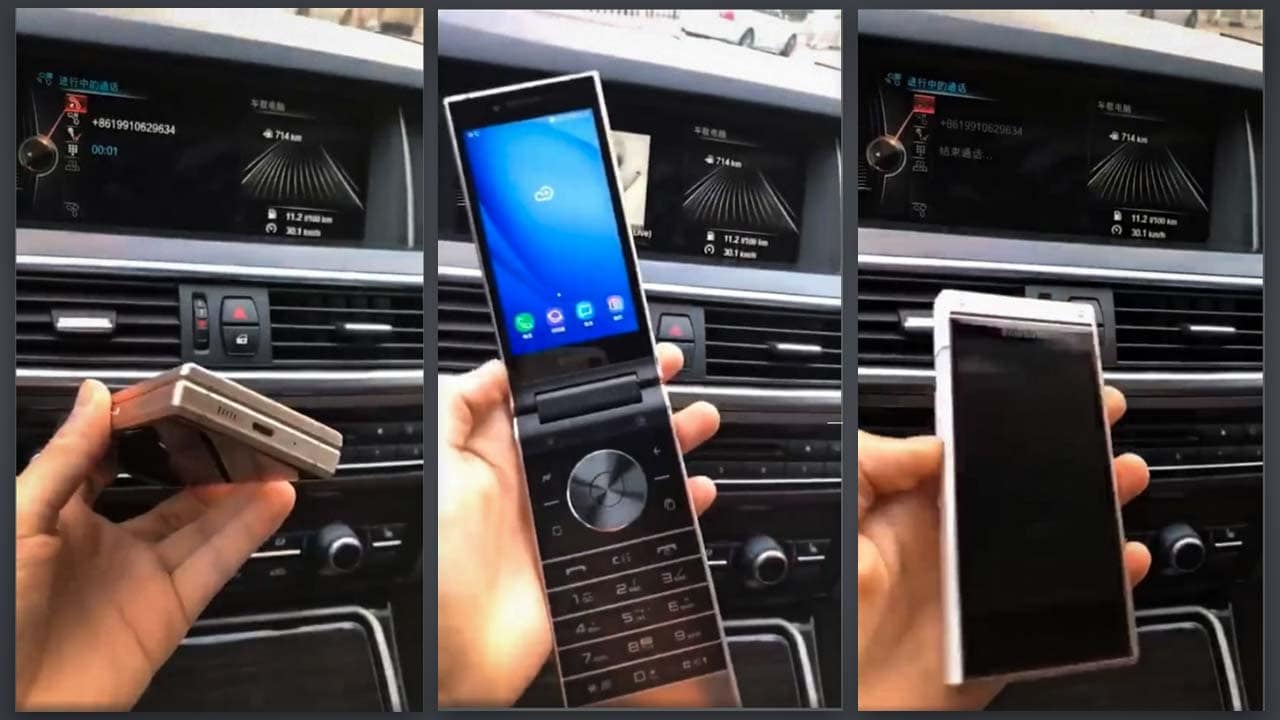 Images of the Samsung W2019 were leaked on Weibo.

As can be seen from the leaked images, the side of the phone features what appears to be a dedicated Bixby button (salute to Samsung for being so stubborn about it). There’s also a USB-C port for data transfer and charging. Unfortunately, we see no trace of a headphone jack.

Do note that the previous version of the phone was the first of Samsung’s phones to use that fancy dual-aperture camera we saw on the Samsung Galaxy S9 Plus. The W2018 did retail for a whopping CNY 15,999 (around Rs 1.6 lakh), however, which is in iPhone XS Max territory.

GSMArena reports that the phone is expected around the November/December period, but as a China-exclusive.