Galaxy Z Fold 2 is expected to draw power from a 4,356 mAh battery that will support 15W wireless charging.

Samsung is going to launch the Galaxy Z Fold 2 5G during its Unpacked event on 5 August. With less than a week left for the unveiling of the next-gen foldable smartphone, leaks and rumours have started doing the rounds.

A report by MySmartPrice has now revealed renders of the device.  The smartphone is expected to come in two colour options — Mystic Black and Mystic Bronze. 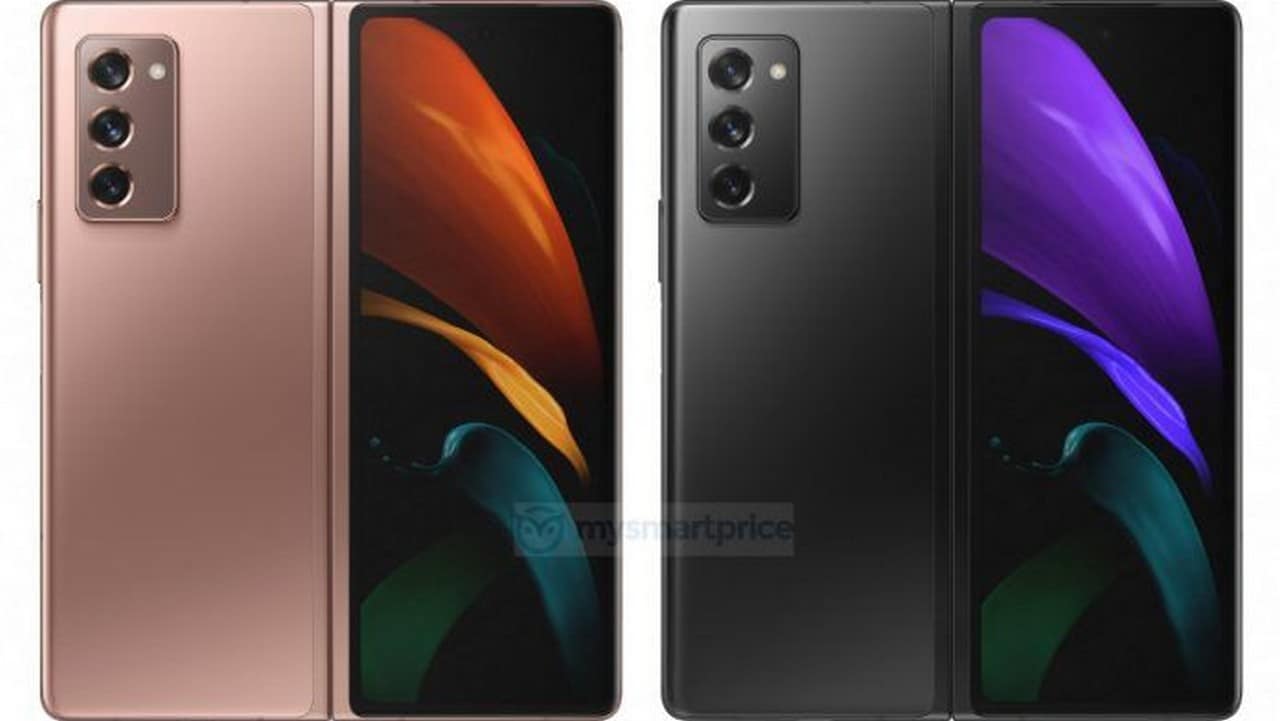 It is likely to have a book-like mechanism similar to the first-gen model Samsung Galaxy Z Fold. The upcoming Samsung Galaxy Fold 2 5G will sport slimmer bezels around the outer display.

The report said that the hinge mechanism, though appears to be thicker, but has a better design than the first-gen model.

The smartphone is likely to sport a triple camera setup on the rear that will be placed vertically and will also have an LED flash.

A report by PhoneArena mentions that Samsung Galaxy Z Fold 2 will have two AMOLED displays. On the exterior, there will be a 6.23-inch punch-hole screen. The device also has a 7.7-inch Super AMOLED primary foldable display with a 120 Hz refresh rate.

The report said that the upcoming device will be available with ultra-thin-glass for improved durability and a punch-hole for a cleaner design.

A report by GSMArena mentions that the rear camera setup might comprise 12 MP + 64 MP + 12 MP sensors, while the inner selfie camera is said to be 10 MP.

The smartphone is expected to have a storage capacity of 512 GB. It will draw power from a 4,356 mAh battery that will support 15W wireless charging.