Both the models would carry the same name and support the same wide variety of LTE bands.

According to the FCC document, the two smartwatches are placed adjacent to each other with a slight difference between them.

The bigger Samsung Galaxy Watch could be a sportier variant based on the shape of its chassis while the smaller one has a more traditional design with tabs and the space for interchangeable watch bands, GSMArena reported late on Friday.

Both the models would carry the same name and support the same wide variety of LTE bands as well as Wi-Fi 2.4 GHz b/g/n. 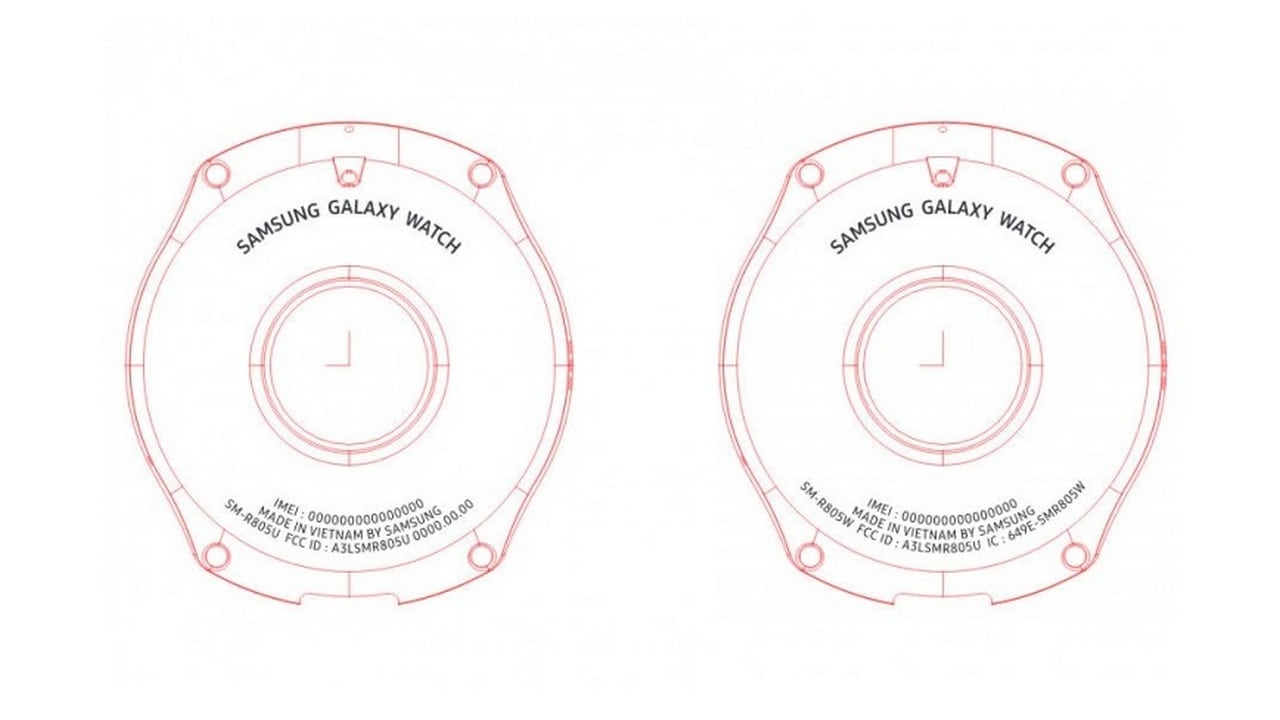 Diagram of the two Samsung Galaxy smartwatches in the FCC document. Image: GSMArena

Earlier this week, the FCC had certified the watches, however, it did not post any photographs though provided a detailed schematic of its rear.