In terms of internals, the Samsung Galaxy Tab S4 is expected to pack an octa-core CPU clocked at 2.3 GHz and an Adreno 540 GPU.

With MWC 2018 just days away, Samsung is geared up to launch their first flagship of the year. A new report now suggests that the company may also launch the next generation of its Galaxy Tab at the event. While we have not heard anything from Samsung yet, a report by GSMArena states that the new Galaxy device has appeared in a benchmark listing. The device bearing the model number SM-T835 was spotted on GFXBench and is speculated to be the successor to the Galaxy Tab S3. The fact that the spotted device is not another smartphone was inferred from the fact that last year's Tab S3 was given the model number SM-T820/SM-825. The leaked listing is labelled as the SM-T835.

The GFXBench listing also gave away a number of key specifications about the device. These include a 10.5-inch display with a resolution of 2560 x 1600 pixels, 4 GB of RAM and 64 GB of onboard storage.

In terms of internals, the Galaxy Tab S4 is expected to pack an octa-core CPU clocked at 2.3 GHz and Adreno 540 GPU. The chipset details have not been mentioned here but the presence of an Adreno 540 GPU does suggest that it is likely to feature last year's Qualcomm Snapdragon 835 SoC. 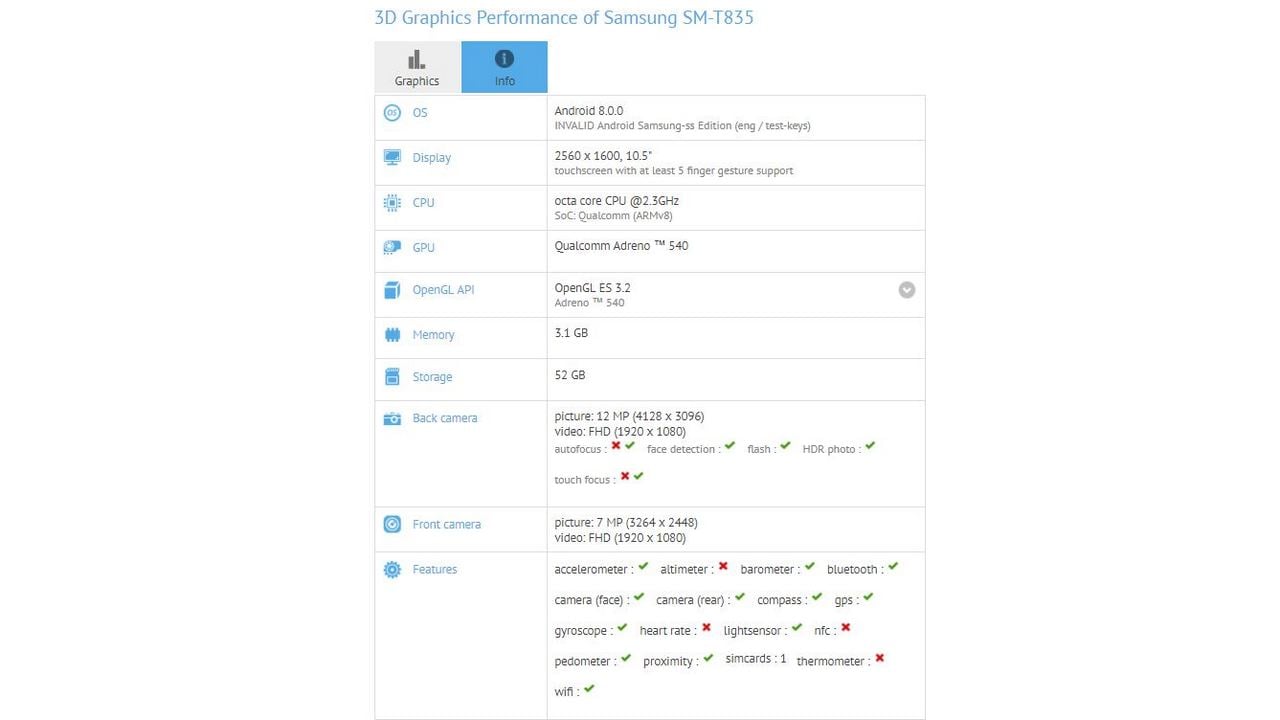 Other specifications mentioned in the listing include the presence of a 12 MP rear-facing camera capable of recording video at 1920 x 1080 resolution and a 7 MP front-facing camera. The Tab S4 will also likely ship with Android Oreo 8.0 out of the box. Pricing and availability details are unknown at this time.