A day after news of LG's new iris scanning technology surfaced, reports suggest that Samsung is also working on an improved iris scanner for the Galaxy S9.

A day after a report of LG's new iris scanning technology surfaced, new reports are beginning to suggest that Samsung is also planning to pack the upcoming Galaxy S9 with an improved iris scanner. 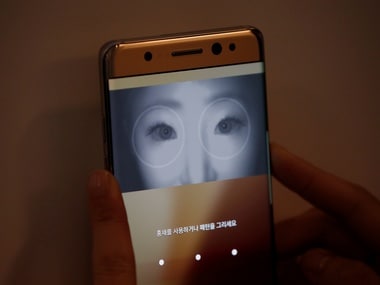 According to a report by the Korean Herald, Samsung, one of the pioneering brands of the iris scanning technology in smartphones, is looking to improve on the technology to make it safer for banking transactions and other security purposes. As per the report, the Korean giant is working on both hardware as well as software end to improve the biometric verification feature.

An unnamed Samsung source close to publication stated, "The iris camera lens will be improved to 3 megapixels from 2 megapixels of Galaxy S8 and Galaxy Note 8 to capture clearer images. The scanner will better recognise users’ irises even when they wear eyeglasses, move their eyeballs or are in a too dark or too light environment." The source also went on to mention that the current 1 second response time of the scanner will also be cut down.

The source without revealing any details about the Galaxy S9 also stated,"Iris scanner is the safest biometric authentication (among current biometric technologies) and we will continue to improve the system for upcoming smartphones for safer banking transactions."

The report states that Samsung could be looking to expand its iris scanning technology to its budget and mid-range offerings by the end of 2018 or early 2019. The move is expected to ensure a wider transition to mobile banking and financial services.

Samsung Galaxy Tab A7 with Snapdragon 662 SoC launched in India at a starting price of Rs 17,999