As the launch date for upcoming Mobile World Congress nears, the dust has now settled and the finer details about Samsung's Galaxy S9 have now begun to emerge, this time from Samsung.

While there have been plenty of leaks about Samsung's upcoming Galaxy S9 and S9 plus smartphones all of this information is based on leaked data from various sources. 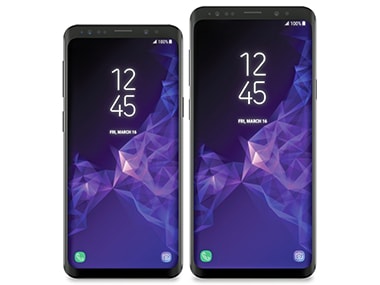 But as the launch date for the Galaxy Unpacked event at the upcoming Mobile World Congress nears, the dust has now settled and the finer details about Samsung's upcoming flagship have now begun to emerge, this time from Samsung.

The first teaser focuses on the how hard it is capture and track high-speed movement, be its sports, actions, moving vehicles, lightning and other things you would normally want to capture on your smartphone.

The teaser plays all of these activities at normal speed (which is pretty fast) and finally slows things down hinting at the Galaxy S9's super slow motion video capture capabilities.

The second teaser again hints at the camera explaining how hard it is to capture low light imagery and how frequently we come across such scenarios. According to the teaser, the Galaxy S9 should have impressive low-light shooting capabilities, which should hopefully offer brighter photos than the Note 8 and the Pixel 2.

The third trailer reveals a 3D emoji-like feature that is expected to debut on Android with the Galaxy S9. The feature according to 9to5Google  seems to be similar to Apple's Animoji, but with advanced customisations. Samsung is expected add a body to the emoji, with ability to customise the characters' hairstyle clothing and more.

The Samsung Galaxy S9 according to previously leaked details is expected to launch with a Qualcomm Snapdragon 845 chipset paired with 6 GB RAM and 64 GB of internal storage. Past leaks have also pointed out the possibility of a camera with a dual aperture system, which is non-existent in current day smartphones save for the recently launched Samsung W2018.