This report flies in the face of expectations of a CES 2018 debut and an MWC 2018 launch for the Samsung Galaxy S9 and S9 Plus.

Samsung's upcoming flagship phones will make their debut this February, most likely at MWC 2018 (Mobile World Congress) in Barcelona, Spain. 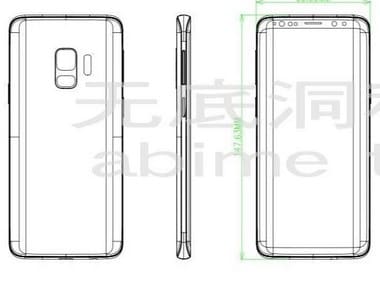 According to a Bloomberg report, the upcoming devices will be teased in "late February" and will go on sale in "early March". The devices, expected to be the Samsung Galaxy S9 and S9 Plus, are going to be very similar to last year's S8 and S8 Plus (review). The major difference will be the upgraded camera hardware, say Bloomberg's sources.

This report flies in the face of expectations of a CES 2018 debut and an MWC 2018 launch.

In 2017, the launch of Samsung's flagship smartphones was delayed considerably owing to the difficulty in manufacturing enough Qualcomm Snapdragon 835 chips. These chips are what powered most of the Android flagships in 2017.

A side effect of the production issues was that MWC 2017 was rather lacklustre, given that many of the smartphone manufacturers had to push their premium device launches by a few months. It's not clear if the upcoming Snapdragon 845 chips will also be delayed in 2018.

Various leaks do suggest that the new phones will come with a single-camera setup at the rear, as opposed to the dual-camera one seen on the Galaxy Note 8 (review). It's possible that the upcoming phones will use Qualcomm's and Google's single-camera portrait mode support to deliver a better quality single camera experience.