Samsung Galaxy S9 and S9 Plus to be priced higher with equally good performance: Report

Less than a week away from the reveal of the Samsung Galaxy S9 smartphone the new Exynos 9810 Geekbench scores have now leaked out along with pricing details.

The Samsung Galaxy S9 and S9 Plus have seen several leaks so far. But new leaks from various sources have now revealed new details about the premium smartphone's pricing and performance as well. We are less than a week away from the final reveal of the soon to be announced Galaxy S9 smartphone at Samsung's Galaxy Unpacked event, set just before the Mobile World Congress.

Fresh new leaked information comes from Tech Radar that claims the Galaxy S9 will start from GBP 739 (roughly Rs 66,700) in the UK.

Also a part of the new price leaks are some details about the smartphone's performance, using benchmarks.

Samsung's Galaxy S9 Plus was reportedly tested on Geekbench, which ended up revealing its scores. The benchmark's screenshot was leaked by Telefoon Abonnement, which gives us a fair idea about the device's synthetic performance. 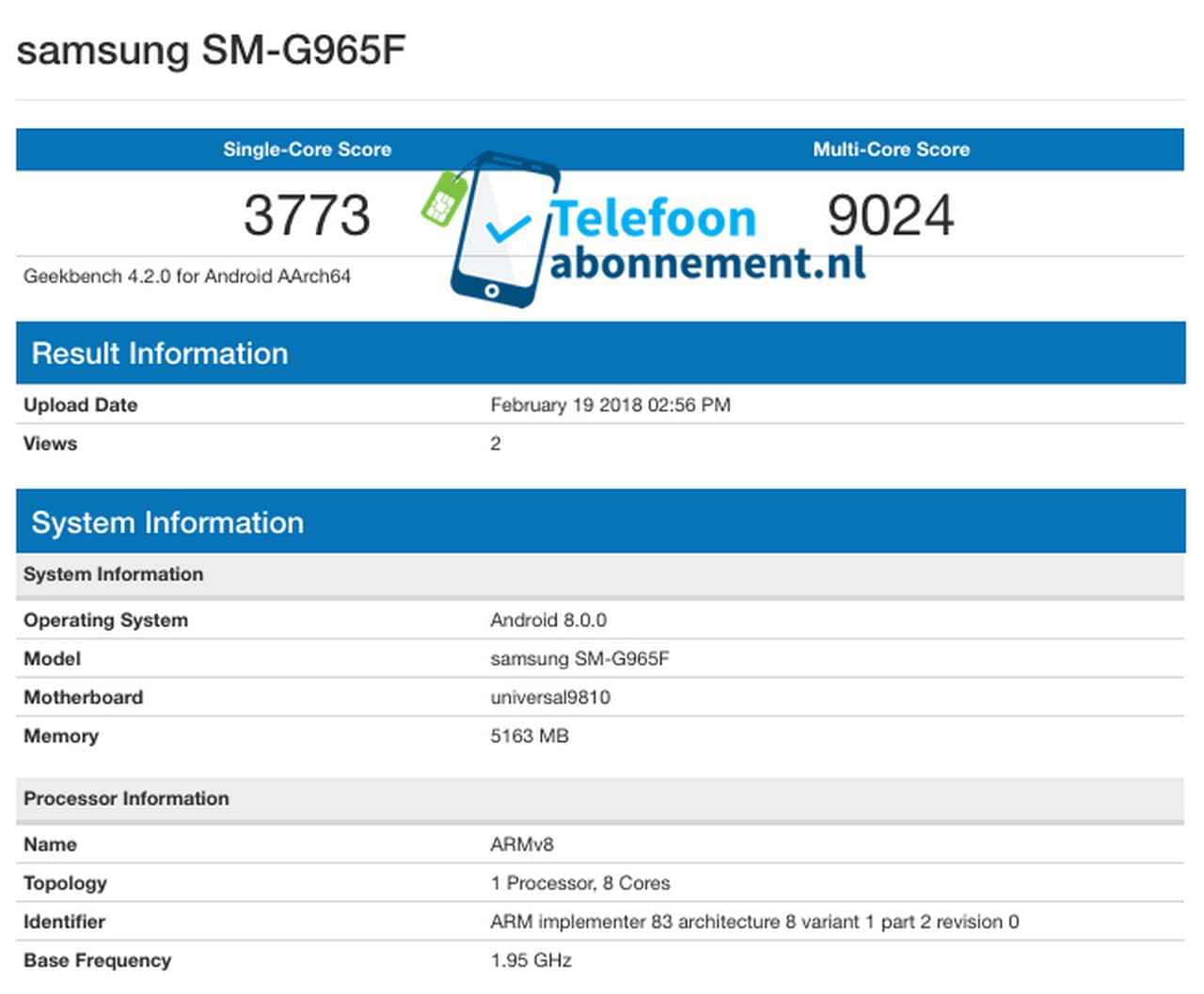 However, both smartphones still fall short of last year's iPhone 8 model model which scored 4,217 points in the single-core test and 10,127 points in the multi-core test. While this year's iPhones are expected to do better, Samsung's jump in scores (if the screenshot does turn out to be genuine) is commendable as it closes the gap by quite a margin.