Samsung Galaxy S9 and S9 Plus reaches the FCC; will support US cellular bands at launch

What we can derive from the FCC certification, is that the Samsung Galaxy S9 will support US cellular bands at launch, cementing the fact that US market will once again be treated to a Qualcomm Snapdragon platform inside.

Shunning rumours about the Samsung Galaxy S9 being launched at CES 2018, Samsung's president of mobile business, DJ Koh recently revealed that the launch of the upcoming flagship Galaxy S9 and S9+ smartphones would take place between the 26 February to 1 March in 2018. Now that launch has been confirmed, its high time the smartphone started surfacing online, as the launch date nears and today, it was spotted on US regulator, the FCC's website. 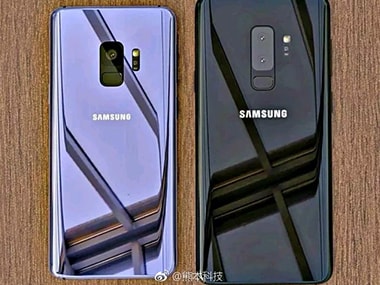 The listing does not reveal much, as it is more to do with certifications and compliances with the US authorities. What we can derive from it, is that it will support US cellular bands at launch, cementing the fact that US market will once again be treated to a Qualcomm Snapdragon platform inside, as opposed to the Exynos silicon we are used to seeing everywhere else.

The filing reveals nothing new but just a single outline, that does not reveal anything more than what we already know about the flagship smartphone.

A few days ago, GizChina reported an image of what it claimed was the packaging of the upcoming Galaxy S9. As with all Samsung smartphones, there are plenty of details on the back side of the box.

If the ink on the packaging is to be believed, Samsung will be going in for a single camera setup with its Galaxy S9 this year as well.

As explained in a detailed article on the findings, Samsung will reportedly reveal its second smartphone with a two apertures (first being the folding W2018). 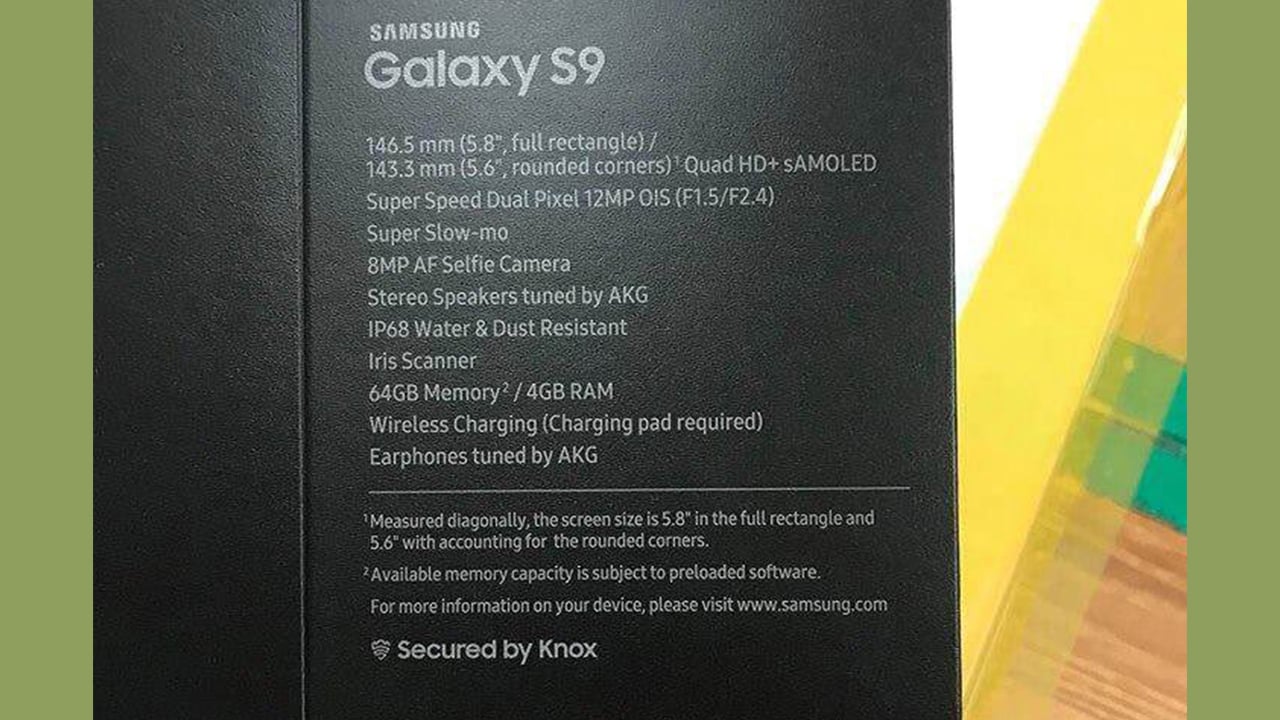 Smartphones in general have just one aperture, which is why software is so important when it comes to those fancy bokeh images.

It's currently unclear as to what Samsung plans to do with two apertures. With our best understanding on the subject we believe that Samsung could be switching between the two apertures to get better images with a bokeh effect; ones that need less software tweaking. Indeed, this would be the opposite of the Google's ideology of the camera technology in the Pixel 2 smartphones that is purely driven by software and hardcore machine learning.

The launch is expected to take place during the Mobile World Congress 2018 that takes off in February. So in a month's time, the details and the purpose of this strange camera setup could get clear as more details leak out till launch day.

Samsung Galaxy S9 and S9 Plus can be purchased from Airtel with a down payment of Rs 9,900