The technology industry is gearing up for the launch of the Samsung Galaxy S9 and S9 Plus on 25 February at MWC 2018. Meanwhile, Samsung India has slashed the prices of nearly two-year-old Galaxy S7 Edge. 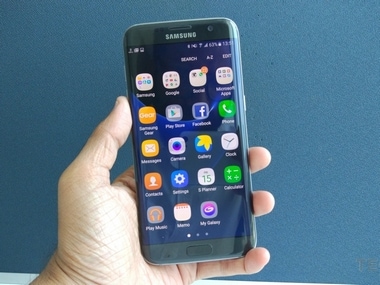 The discounted 128 GB model of the S7 Edge, however, will be sold only via offline mediums and will also include a cashback of Rs 5,000 on Paytm which can be availed by scanning a QR code. Samsung's online India store does show the revised price for the 32 GB variant and is less than Amazon's current price of Rs 38,900.

The S7 Edge was launched at a price of Rs 50,900 for the 32 GB variant and Rs 56,900 for the 128 GB variant back in August 2016. We had reviewed the Galaxy S7 Edge back in 2016 and concluded that it was the "Android flagship to beat" at the time of its release. But it makes little sense to buy a two and a half-year-old flagship when you can invest in budget flagships such as the OnePlus 5T or mid-range devices such as the Moto X4 that offer a better experience, are cheaper and pack relatively newer hardware.