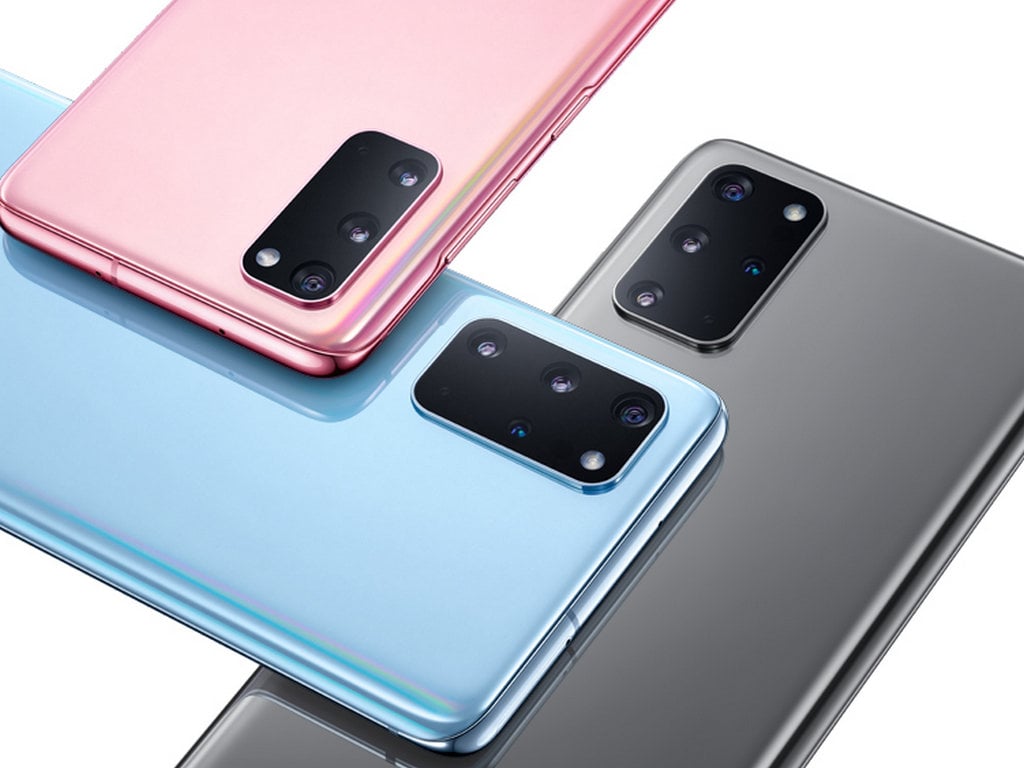 Both Galaxy S20 and S20 Plus share a few design details like punch-hole display and a rectangular camera module.

The Galaxy S20 features a 6.2-inch QHD+ Infinity O display that comes with a resolution of 3,200 x 1,444 pixels. The display comes with a 120 Hz refresh rate. Interestingly, the 120 Hz mode only works at 1080p. The 1440p native resolution only supports 60 Hz. As a bonus, touch response speed has been bumped up to a whopping 240 Hz, which means that the phone should feel very responsive.

The Galaxy S20 Plus also has similar capabilities, except its larger, as it comes with a 6.7-inch display. Both the phones come with an in-display fingerprint sensor. 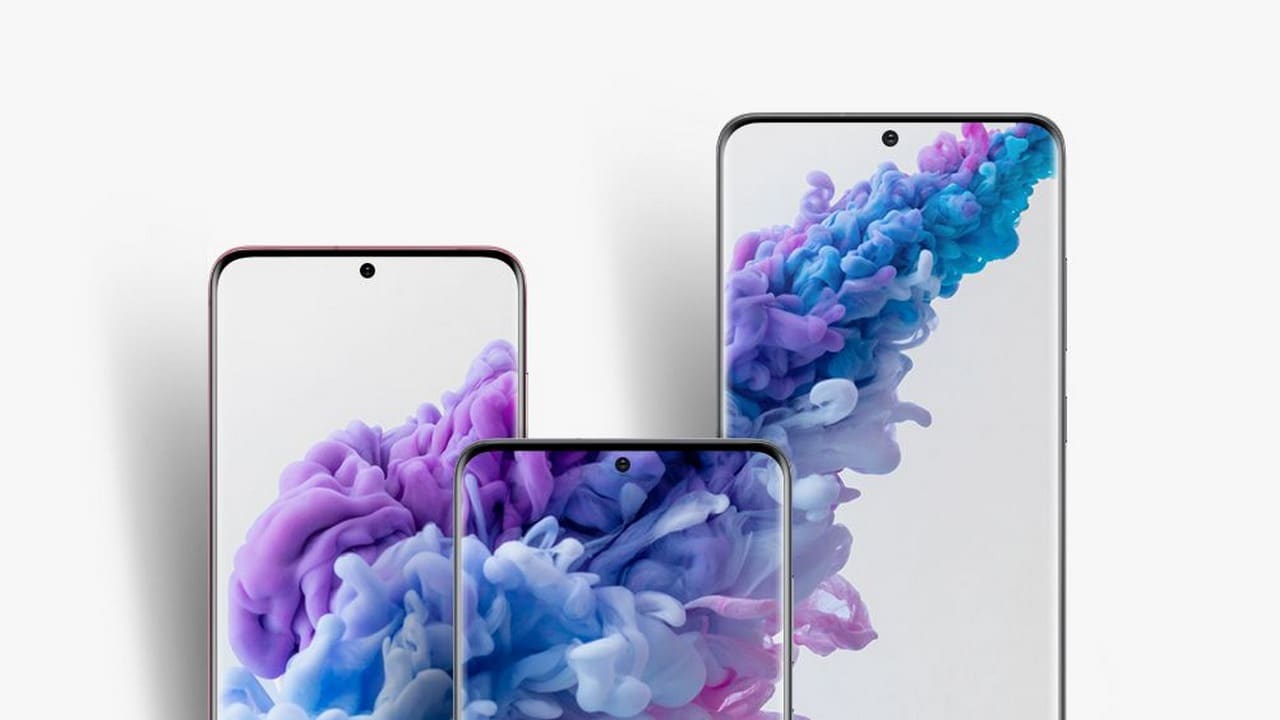 All the three Galaxy S20 models feature a punch hole camera at the front.

In terms of cameras, Galaxy S20 sports a 10 MP punch-hole selfie camera (same as the S20 Plus) and on the back, you will see a triple rear camera system. This rear camera setup includes a 64 MP 3x telephoto camera, 12 MP wide-angle camera and a 12 MP ultra-wide camera. The S20 Plus gets a quad rear camera setup which includes a ToF camera for depth sensing. Both the smartphones come with enhanced Super Steady mode. Digital zoom via software can push 30x zoom.

The cameras are also capable of recording 8K 24 fps video on the 64 MP telephoto.

Coming to the battery, Galaxy S20 houses a 4,000 mAh battery whereas the S20 Plus is equipped with a 4,500 mAh battery. In the 5G variant, S20 offers 12 GB RAM and 128 GB internal storage whereas in LTE variant it offers 8 GB RAM and 128 G storage which is expandable up to 1 TB via microSD card. A limitation here is that 5G support is restricted to the sub-6 bands, i.e., you'll get 5G speeds that are faster than 4G, but not dramatically so. This shouldn't matter for a while anyway because 5G coverage is rather sparse.

It features a 6.9-inch QHD+ Infinity O display that comes with a resolution of 3,200 x 1,444 pixels. Just like the other two smartphones in the series, this one also comes with a 120 Hz refresh rate at 1080p and 60 Hz at 1440p, along with that 240-Hz touch response. An in-screen fingerprint sensor is also available in this phone. On the camera front, it houses a quad-camera setup at the back that includes a 108 MP primary camera, 48 MP telephoto camera, 12 MP ultra wide camera and a ToF camera. the smartphone supports 10x hybrid optical zoom and a whopping 100X digital zoom — called Space Zoom. For selfies, you will get a 40 MP punch hole camera on the front.

Galaxy S20 Ultra is equipped with a 5,000 mAh battery. In terms of storage, both 5G and LTE variants will offer 16 GB and 12 GB RAM options and 128 GB and 512 GB storage options. The storage is expandable up to 1 TB via microSD card. The Ultra's implements a proper 5G mode that has full support for mmWave radios that can hit speeds of several Gbps when in the right regions.