The Samsung Galaxy On7 Prime comes with the new Samsung Mall app, that lets users shop using visual search by simply pointing the viewfinder at product.

Samsung Mobile India at an event held in Delhi announced its refreshed Galaxy On7 Prime smartphone at Rs 12,990. The smartphone was announced in two variants with a 4 GB RAM+64 GB storage variant priced a bit higher at Rs 14,990. 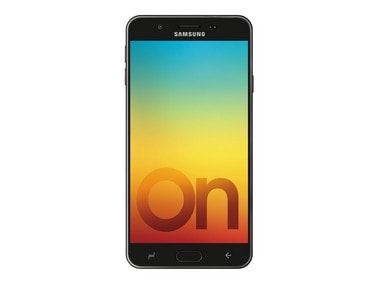 The device features a metal back with plastic caps at the top and the bottom. The front features a 5.5-inch Full HD TFT display with the smartphone's waistline, measuring in at a slim 8 mm.

Inside, the Samsung Galaxy On7 Prime features a 1.6 GHz octa-core Exynos 7870 SoC paired with 3 GB and 4 GB RAM options along with 32 GB and 64 GB internal storage.

The cameras consist of a 13 MP front facing unit and a 13 MP rear facing camera both of which feature an f/1.9 aperture. Only the primary camera features an LED flash. Connectivity options include 4G/LTE bands with VoLTE support, Bluetooth v4.1, Wi-Fi 802.11 b/g/n 2.4 GHz along with GPS and Glonass. There is dual SIM slot which accepts Nano SIM cards in the typical hybrid SIM setup with one slot allowing for a microSD cards of up to 256 GB. At the bottom end sits a micro USB port with support for USB 2.0.

The handset is also geared to pull off Samsung Pay payments and comes with the new Samsung Mall app, that lets users shop using visual search by simply pointing the viewfinder at product.