Samsung Galaxy Note 9 will not get a significant performance boost over the S9: Report

While the fans are currently comparing the new OnePlus 6 against the existing flagships like the Samsung Galaxy S9 and Apple iPhone X, another device is prepping to be in line for the trophy of the fastest flagship out there. 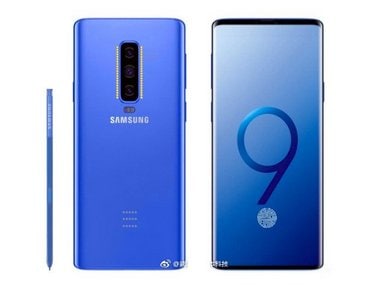 The Samsung Galaxy Note 9 is the company’s upcoming flagship and is currently highly rumoured. The latest speculation is an alleged benchmark leak of the device, which was found by MobielKopen.

Per the leak, the purported Galaxy Note 9, will not have a very significant performance boost as compared to the Galaxy S9.

As has been rumoured earlier as well, the leak too indicates that Galaxy Note 9 will come in two versions, one that will be powered by the Qualcomm Snapdragon 845 and the other running an Exynos 9810, depending upon the region.

The listing also claims that the Galaxy Note 9 will be equipped with 6 GB of RAM. While many previous reports hint towards it, it is still unclear whether Samsung will make an 8 GB RAM variant for the Galaxy Note 9 this year. 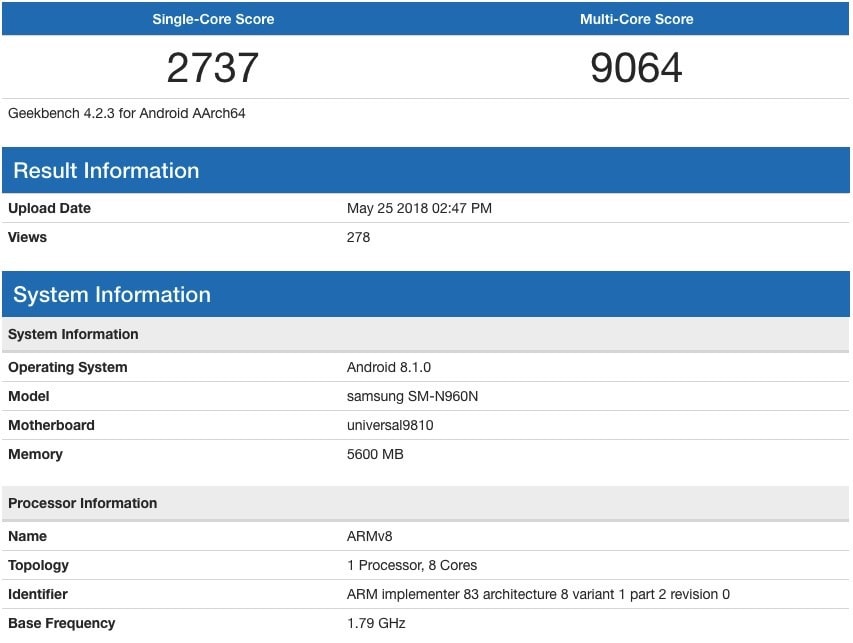 According to the Geekbench listing, the Exynos 9810 scored mildly better than the Snapdragon 845 chipset. We’re looking at 2737 and 9064 in single and multi-core tests respectively, for the Exynos-powered Samsung SM-N960N chipset.

On the other hand, the Snapdragon 845 on the alleged Galaxy Note 9 scored 2411 and 8712 in the same tests. It’s worth pointing out that the Qualcomm-powered Galaxy S9 version also scored lower in benchmarks than the Exynos model, but did better in real-life tests.

Now, when compared to the OnePlus 6, the Exynos 9810 turns out to be a winner, with the Snapdragon 845 still lagging behind by a few. However, even by the leaked scored of the upcoming Galaxy Note 9, Apple iPhone X’s A11 Bionic chip remains undefeated in the benchmark test.