Samsung Galaxy Note 8: Here is how to watch the launch event live

Samsung will hold a live stream of the event on various channels so that interested users can watch the event live without any inconvenience.

Samsung is set to unveil its upcoming smartphone, the Samsung Galaxy Note 8 in its second ‘Unpacked event’ of the year. The smartphone giant is holding the ‘Unpacked event’ in New York City on 23 August at 8:30 PM Indian Standard Time. Considering the timing and importance of this upcoming device, it is certain that people would want to watch the event live. 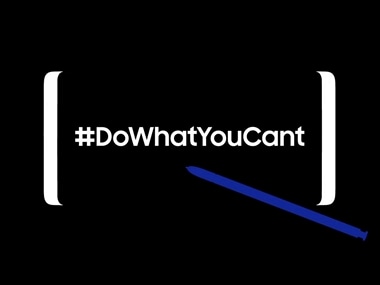 Considering the interest surrounding the Note 8 despite the forgettable tale of Note 7, Samsung will hold a live stream of the event on various channels so that interested users can watch the event live without any inconvenience.

To start things off, the company will stream the launch event on its YouTube channel. In the meantime, you can bookmark the ‘Samsung Mobile’ channel to ensure that you get notified about the launch event live stream on your YouTube homepage.

Prospective viewers can install the Android or iOS versions of its ‘UNPACKED 2017’ apps to register, check information about the event or watch it live. If you don’t want to install the unpacked app and already have the Facebook app on your smartphone then you can head over to ‘Samsung Mobile’ Facebook Page to check the live steam on Facebook.

You can turn on the ‘Live’ notifications for the page or set a reminder for Facebook to remind you when the steam starts.

If you don’t want to install any apps at all then you can head over to the Samsung ‘Unpacked’ event page or the Samsung India website on Google Chrome to check the live stream.