The two Galaxy Note 20 series smartphones come in a 5G variant and support for S-Pen.

Samsung has also collaborated with Microsoft to bring Xbox experience to the Note 20 series. With the partnership, Samsung Note and Tab users will be able to use their device like a game console and play up to 100 Xbox games using the Xbox Game Pass. Samsung Galaxy Note 20 series pre-booking starts tomorrow, 6 August, and it will be available in the select market starting 21 August.

Pre-orders for the Galaxy Z Fold 2 will also begin on 1 September. It comes in Mystic Black and Mystic Bronze colour variants.

In terms of camera, it sports a triple rear camera setup that includes 12 MP primary sensor, 64 MP telephoto lens and a 12 MP ultra wide-angle lens. For selfies, it features a 10 MP front camera.

In terms of battery, the Galaxy Note 20 houses a 4,300 mAh battery that supports fast charging.

Galaxy Note 20 Ultra comes with a 6.9-inch WQHD Infinity-O Dynamic AMOLED 2X curved-edge display that has a resolution of 1,440 x 3,200 pixels. It runs on Android 10 and is powered by 7nm 64-bit Octa-Core processor. In terms of storage, the smartphone comes with up to 12 GB RAM and up to 512 GB of internal storage.

The smartphone is 5G enabled and is equipped with a 4,500 mAh battery.

Not much was revealed about Galaxy Z Fold 2 at the event today. The company will give out more details on 1 September. The Galaxy Z Fold 2 comes in Mystic Black and Mystic Bronze colour variants. It sports punch hole display and is fuelled by a 4,500 mAh battery. The display is made of Ultra Thin Glass, which is apparently thinner than a strand of hair. Samsung says similar to the Galaxy Z Flip, the Galaxy Z Fold 2 can remain opened at different angles.

The Galaxy Watch 3 features a 1.2-inch (41 mm) Super AMOLED display that has a resolution of 360 x 360 pixels. The 45 mm variant comes with a  1.4-inch display. The smartwatch comes with a  Corning Gorilla Glass DX for protection and is powered by dual-core Exynos 9110 CPU, Mali-T720 GPU. It offers 1 GB RAM and 8 GB of internal storage. Galaxy Watch 3 comes with IP68 water resistance as well. As for the battery, it is equipped with a  340 mAh battery. It also comes with blood oxygen feature that will be able to measure and track oxygen saturation over time. With the help of the Samsung Health Monitor app, the watch can also measure blood pressure and ECG.  It also comes with more than 120 fitness programmes.

For fitness, the Galaxy Watch 3 will give users real-time feedback of your walks and runs. It also lets you customise the watch face from the images in your phone's gallery.

Galaxy Buds Live features Active Noise cancellation. According to Samsung, the Samsung Galaxy Buds Live offers 6 hours of playtime. The charging case comes with a 472 mAh battery, that promises a playback time to 28 hours on a single charge. Samsung lets you pair two pair of Galaxy Buds Live to the same device simultaneously. Users can also control the noise cancellation, adjust the equaliser settings, customise the touch controls, and view battery levels on both the earphones and the charging case via the Samsung Galaxy Buds app for iOS and Galaxy Wearable app for Android.

In terms of camera, it features a dual rear camera setup that includes a 13 MP primary sensor and a 5 MP secondary sensor. It comes with an 8 MP selfie camera. The Galaxy Tab S7 series will allow users to use three apps simultaneously. 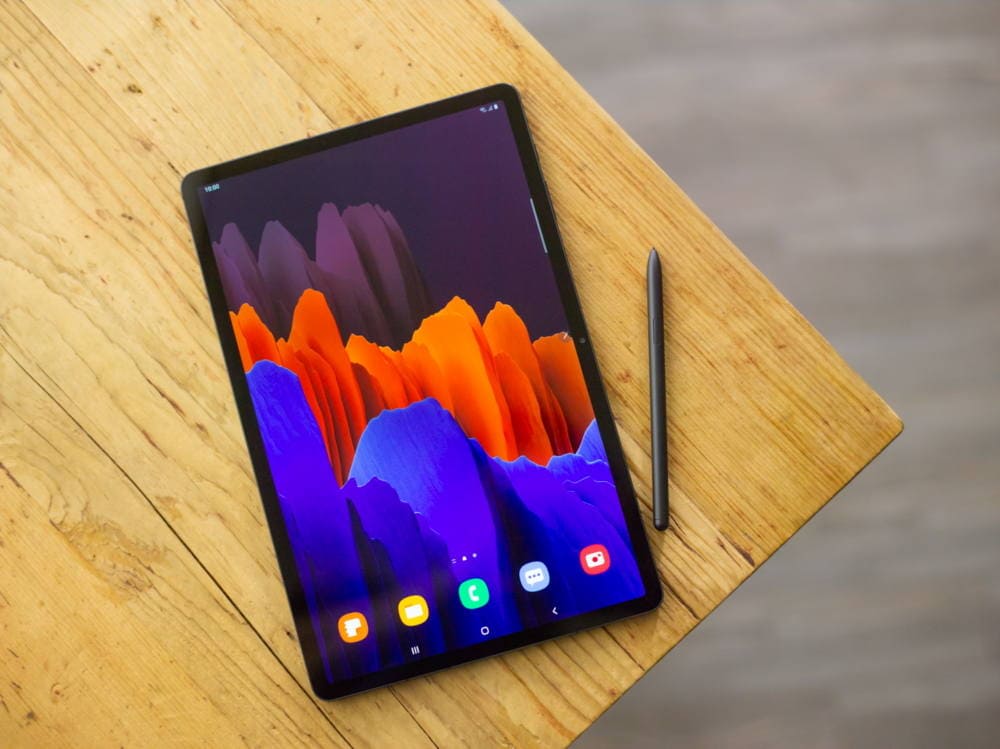 Samsung has also announced a book cover keyboard for the new tab series. On the Galaxy Tab S7 series, users can sync notes and also add voice notes to it. The Galaxy Note 20 series also comes with a Link to Windows feature. Additionally, similar to Mac, Windows will now let you sync your Samsung device to your PC and access all apps from your computer, browse through the apps, reply to messages, etc.

By later this year, Samsung will also allow users to use the Galaxy Tab S7 and Tab S7+ as a second screen for Windows PCs.