The Galaxy Note 10 Series is expected to launch in August, though there hasn't been confirmation yet.

As the launch of the Samsung Galaxy Note 10 inches closer, we could state, with a relative degree of confidence, that there's very little left to be known.

The official launch is expected to take place sometime in August, but we already know about a number of the key design features that the Note 10 will have. This includes a hole-punch selfie camera, much like the S10 and S10 Plus, but it will be centered, instead of being hidden away into the top right corner of the phone.

We also know that there is going to be a Note 10 model with four cameras, that the S-Pen won't be much different from last year, and that the design will have sharper corners than previous iterations. 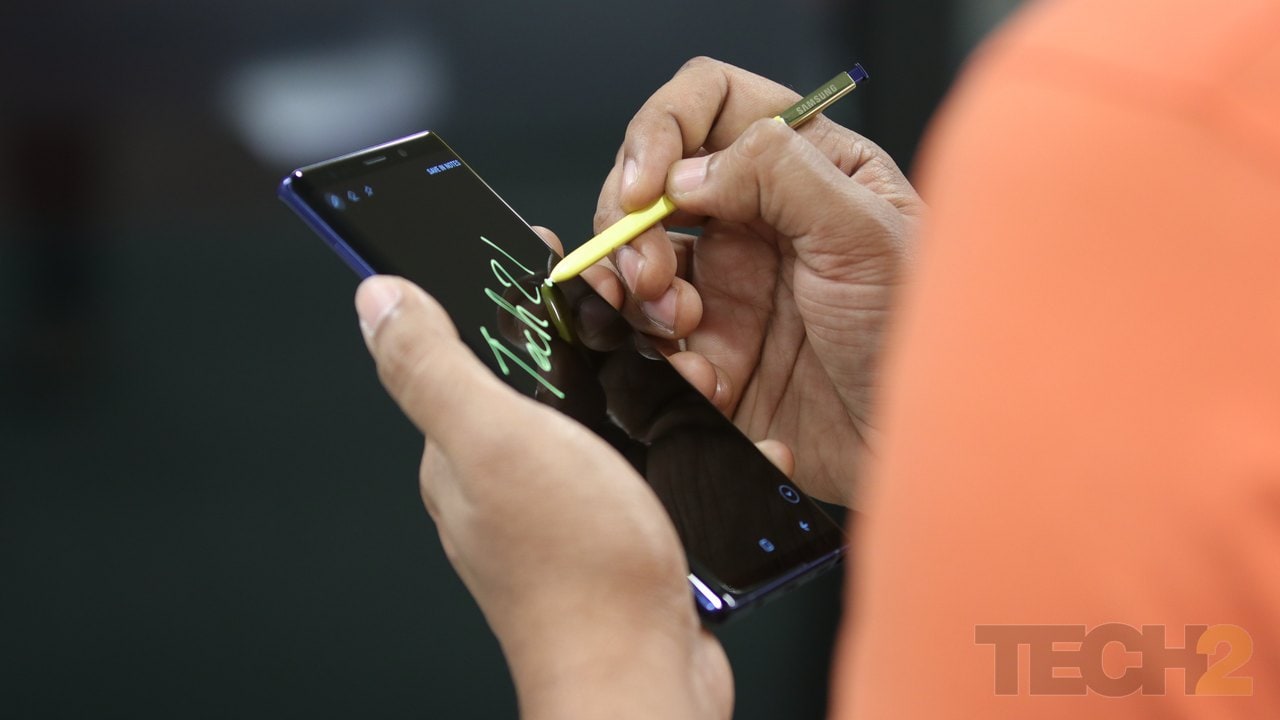 Rumours had also suggested that this year, there would be a handful of Note models, including a base version, a Pro and a 5G variant. As it turns out, however, Samsung decided to stick with its Galaxy S-series naming convention, which means that the Galaxy Note 10 Pro is actually going to be called the Galaxy Note 10 Plus.

A new set of hands-on pictures of the Galaxy Note 10 have now been leaked by TechTalkTV on Twitter. As is the case with most early hands-on image leaks, the quality of the pictures are deplorable, but they do have details that lend them credibility. 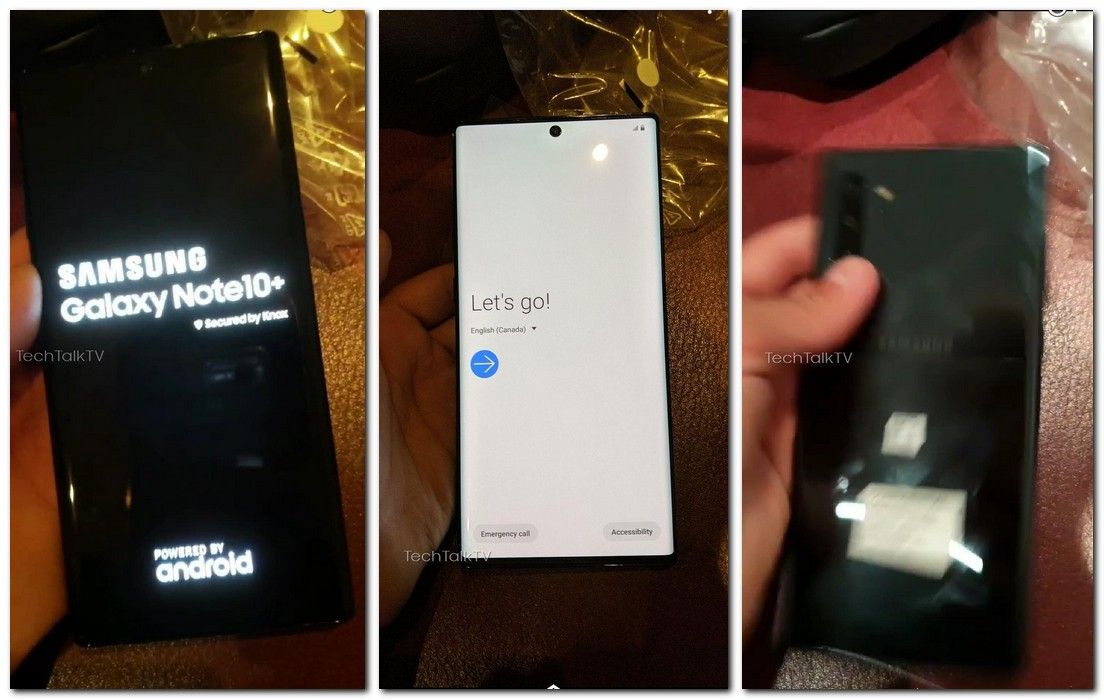 The image in the centre shows the Note 10 sporting a centered selfie camera, and it appears to be somewhat smaller than the one on the Galaxy S10. Taking a closer look at the two pictures where the front-facing camera is visible, there seems to be a factory-applied screen protector on the screen. The edge of the camera cut-out in the protector is also visible in both shots, as it catches a reflection from the overhead light.

Moving around the back, the image is blurry to the point that it's almost unusable. Still, the rumoured quad-camera is visible and (fairly) recognisable from what we've seen from earlier renders.

The legitimacy of early leaks do come into question here as well, but from what we've seen, this may very well be our first real look at the Galaxy Note 10 Plus, even though they're not of the best quality.