Samsung Galaxy M31s with a 6,000 mAh battery and a punch hole display to debut on 30 July

Samsung is all set to launch its another M series smartphone – Galaxy M31s – on 30 July in India. An official Galaxy M31s teaser has popped up on Amazon giving out a few details about the smartphone as well.

This smartphone will be the successor of Galaxy M31 (Review) that was launched earlier this year at a starting price of Rs 14,999, which was later increased to Rs 16,499. 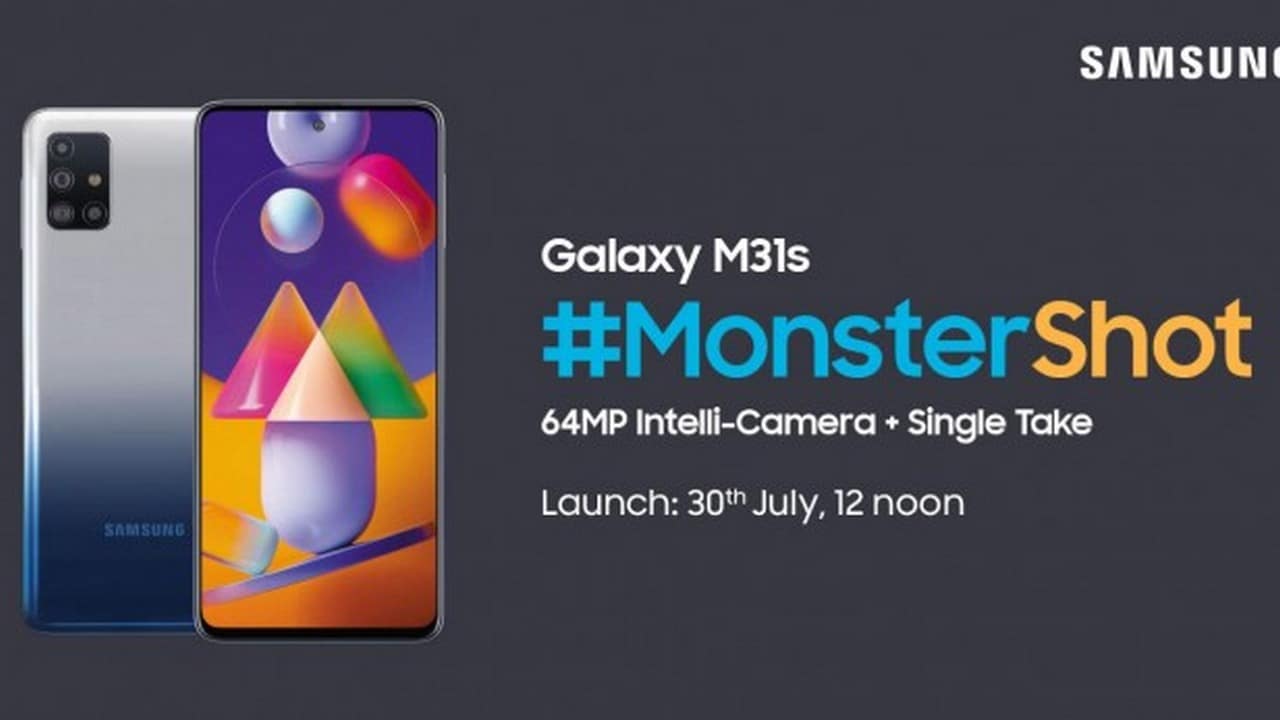 As per the Amazon teaser, the smartphone will launch on 30 July at 12 pm. Galaxy M31s will sport a punch-hole display and a 64 MP quad rear camera setup. The camera module will be rectangular same as its predecessor Galaxy M31.

The smartphone will come in a white and blue gradient colour variant and since no rear-mounted fingerprint scanner visible in the teaser, the smartphone might come with an in-display fingerprint scanner. In addition to this, the teaser also revealed that the phone will come with a single take camera feature that allows users to capture images and videos simultaneously. This feature was first spotted in the Samsung Galaxy S20 series.

In terms of battery, the teaser confirms that the smartphone will house a 6,000 mAh battery that will support 25W fast charging and reverse charging as well. Galaxy M31s will feature an sAMOLED FHD+ display.

As per a report by GSMArena, the smartphone might be powered by Exynos 9611 chipset and is expected to offer 6 GB RAM and up to 128 GB internal storage. Galaxy M31s is likely to run on Android 10 and might price under Rs 20,000.