Samsung has announced a new smartphone in its M-series — Galaxy M30s — which is essentially an improvement over the Galaxy M30 (review) that was announced in March this year. The highlight of the Galaxy M30s is its massive 6,000 mAh battery and its 48 MP triple camera setup. 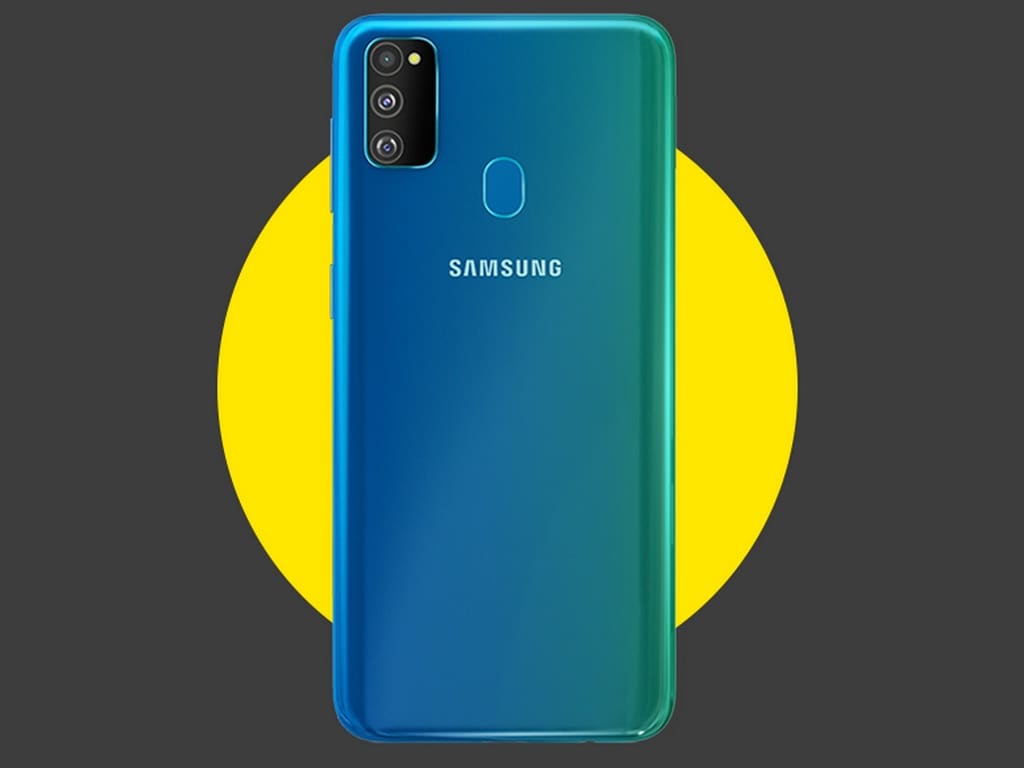 Samsung Galaxy M30s comes in a two variants — 4 GB RAM + 64 GB storage and 6 GB RAM + 128 GB internal storage. The 4 GB variant is priced at Rs 13,999, and the 6 GB model is priced at Rs 16,999. Apparently, these are special launch prices, which means Samsung may increase the price of the devices eventually. 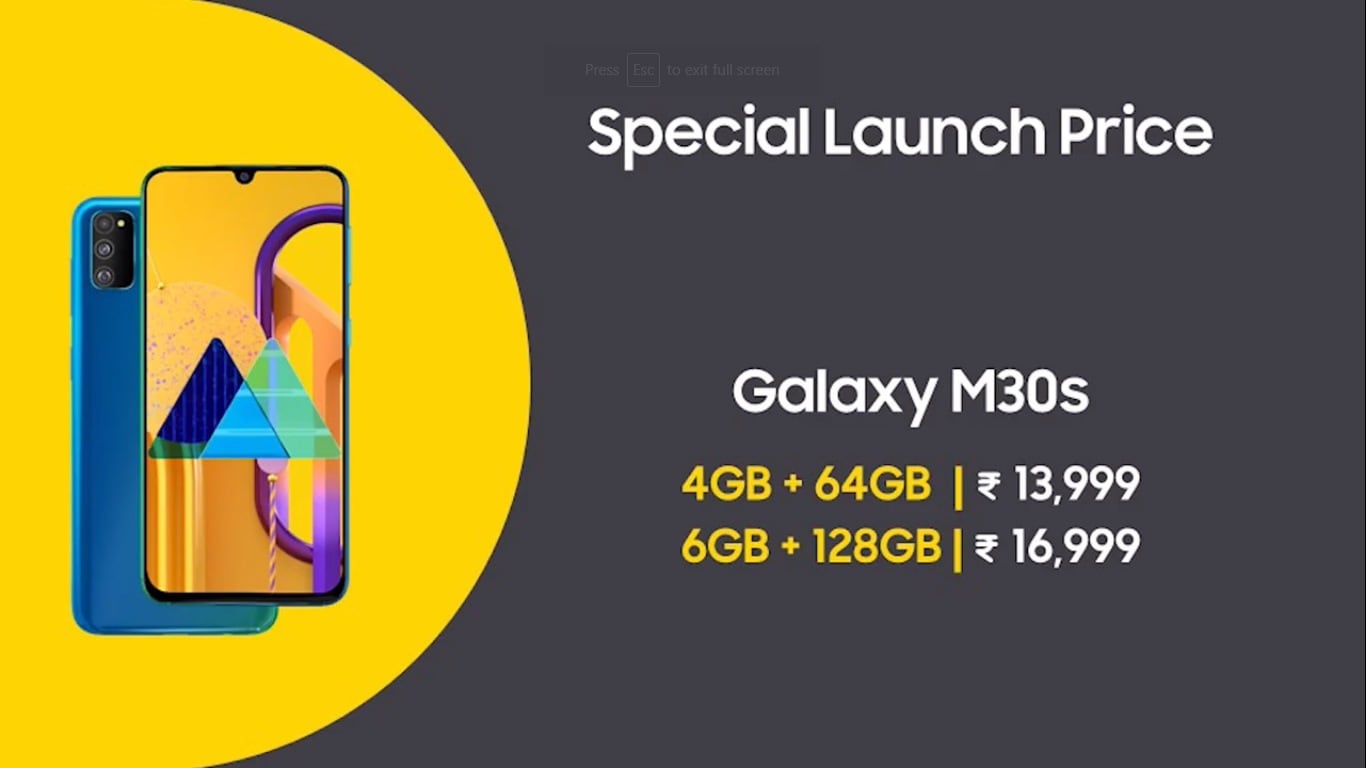 The Galaxy M30s will be sold exclusively via Amazon India and will be available for purchase during the Amazon Great Indian Festival which starts on 29 September.

The phone will be available in blue, black and white colour variants. Samsung has also announced the new Galaxy M10s in India today. The Galaxy M10s has been launched at a special price of Rs 8,999. The device comes in a sole 3 GB RAM and 32 GB storage variant.

The smartphone will go on sale during Amazon's Great Indian Festival sale, which starts on 29 September. Samsung Galaxy M30s features a 6.4-inch FHD+ Super AMOLED Infinity-U display. The device also support Widevine L1 certification, which means, you will be able to stream HD content on your phone on Netflix and Amazon Prime.

For optics, the Galaxy M30s sports a 16 MP selfie camera. At the rear, it comes with a triple-camera setup, which includes a 48 MP camera, along with 5 MP depth sensor with an f/2.2 lens, and an 8 MP ultra-wide-angle camera. The phone also comes with a dedicated night mode for low-light shots.

Additionally, the phone comes with a dedicated Game Booster mode, with uses AI to improve device performance while gaming.

For connectivity, the Galaxy M30s features a type-C port and it runs Android 9.0 Pie-based One UI. The phone packs a 6,000 mAh battery and it comes with 15W charging support.