The listing shows that the Samsung J8 will feature a 12 MP primary camera and an 8 MP secondary camera capable of shooting in FullHD resolution.

The specifications of a J-series Samsung smartphone expected to be launched at CES 2018 has been spotted on Geekbench. The smartphone is expected to be the Samsung J8 and bears a model name SMJ-720F on the website listing. 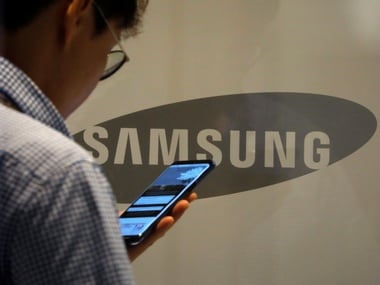 Another listing on GFXBench suggest that the smartphone is expected to come with a 5.5-inch display with a 1280x720 resolution. The website mentions that the touchscreen will feature support for at least five fingers. According to the listing, the smartphone will come with an Exynos 7885 chipset featuring an octa-core 1.6 GHz CPU. The device will pack in 4 GB RAM and 32 GB of internal storage.

The listing shows that the Samsung J8 will feature a 12 MP primary camera and an 8 MP secondary camera capable of shooting in FullHD resolution. The smartphone will come with Android 8.0 Oreo.

On a related note, Samsung's president of mobile business DJ Koh, at the recently concluded CES 2018 event, confirmed that the Galaxy S9 will be launched during the Mobile World Congress (MCW) to be held between 26 February to 1 March. Recent leaks suggest that the smartphone will come with a 12 MP dual-aperture rear camera and 4 GB RAM.