In what was a completely unexpected, and rather bold move, Samsung kicked off its tenth anniversary Galaxy phone launch event with its one-of-a-kind foldable smartphone rather than the more traditional S series phones. Also unexpected was the relatively tame unveiling of the phone. No fancy music, no fireworks, nothing.

Regardless, the phone speaks for itself. Firstly, it’s foldable, secondly, it’s actually gorgeous. 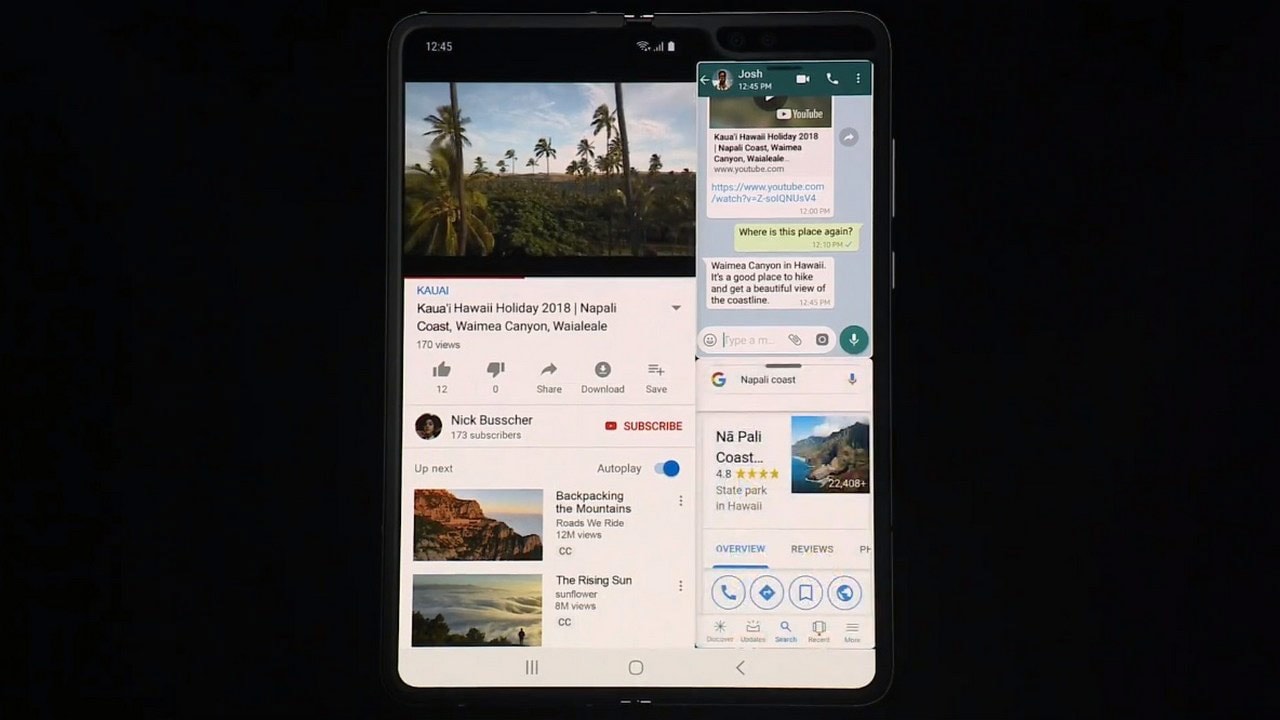 Details on the flexible display are scarce, but Samsung says that they’re using a heavily engineered hinge mechanism that features multiple interlocking gears.

To take advantage of the flexible screen, Samsung has developed a system where apps will instantly switch modes depending on the state of the display. Better yet, when opened up, the display can play host to up to three apps simultaneously!

Available in 4 colours: Cosmos Black, Space Silver, Martian Green and Astro Blue, Samsung is dubbing this a one-of-a-kind luxury device. Keeping with the tone, this luxury device is priced far beyond the going rate of your spare kidney. It will sell at $1,980. Devices will be available from 26 April onwards.