Samsung Galaxy A10s will go on sale from 28 August across all offline and online stores.

Samsung has quietly announced a new Galaxy A-series smartphone in the Indian market — Galaxy A10s. On its website, Samsung highlights a 6.2-inch Infinity-V Display, a dual rear camera setup, and 4,000mAh battery to be the key features of the smartphone.

Samsung Galaxy A10s has been released in two variants. Both models sport 32 GB of storage but have different RAMs. The variant that comes with 2 GB RAM is priced at Rs 9,499, and the one with 3 GB RAM will retail at Rs 10,499.

Samsung Galaxy A10s will go on sale from 28 August across all retail stores, e-Shop, Samsung Opera House and all major online channels.

Galaxy A10s will be available in three colour options — green, blue and black. 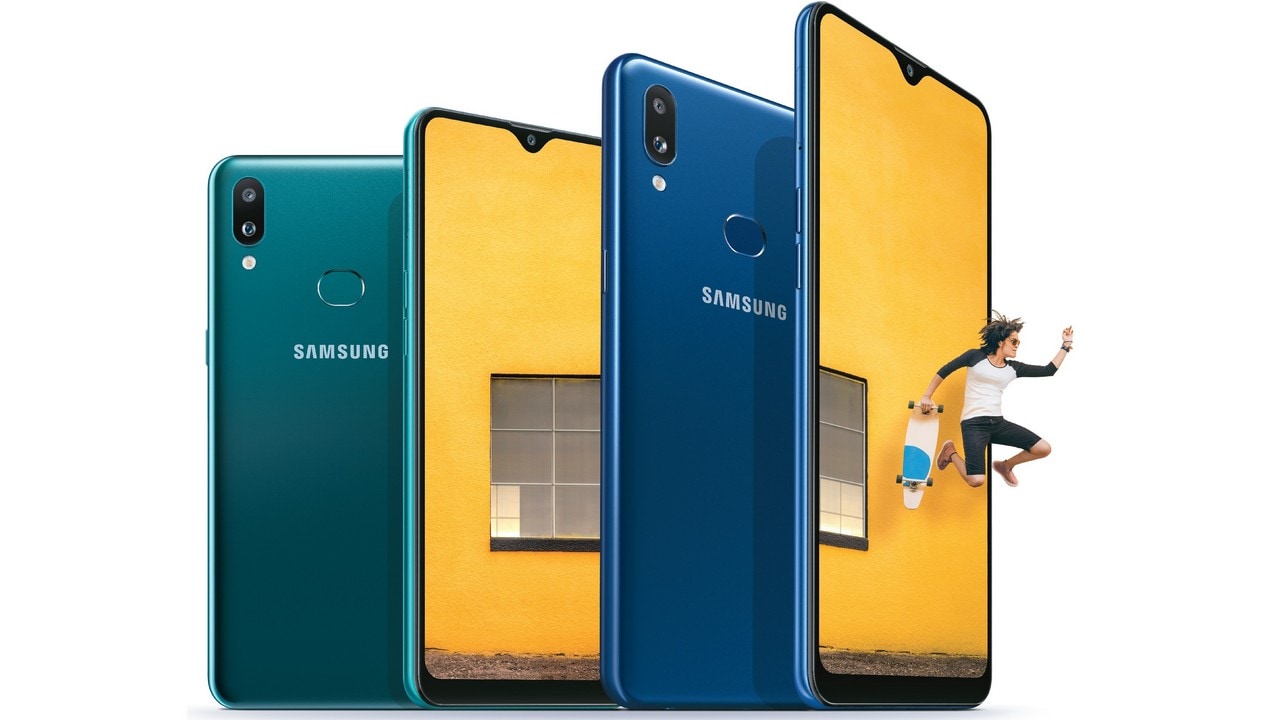 Samsung Galaxy A10s features a 6.2-inch HD+ Infinity-V display with a resolution of 720 x 1520 pixels. Powering the smartphone is an octa-core processor, which comes with equipped with 32 GB on-board storage and an option of 2 GB or 3 GB RAM. The smartphone also comes with a microSD slot, which lets you expand the phone's on-board storage to up to 512 GB.

In terms of optics, the Galaxy A10s sports a dual-camera setup at the back, which is a combination of a 13 MP sensor with f/1.8 aperture and a 2 MP sensor. For selfies, the smartphone has an 8 MP sensor in the front with f/2.0 aperture.

Fuelling the Galaxy A10s is a 4,000 mAh battery, and it runs Android 9.0 Pie. The phone supports dual SIM and uses rear fingerprint scanner and face recognition for authentication.