While the current form of Bixby will only allow it to take advantage of native (or built-in) apps, Samsung wants to integrate Bixby with third-party apps as well 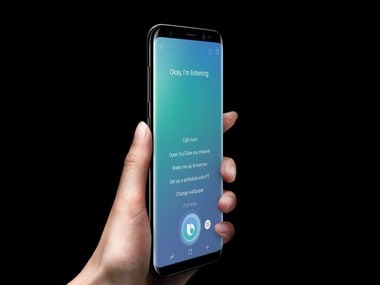 According to the post, the software is sensitive to accent. But Samsung claims that this is just the start for its voice assistant. For now, there is no word on which new languages will be added either, but Samsung is reportedly working on it.

While the current form of Bixby will only allow it to take advantage of native (or built-in) apps, Samsung wants to integrate Bixby with third-party apps as well, letting users get complete control over their smartphones using just voice commands.

If you are a proud owner of a Samsung Galaxy S8 we recommend you tap on the Bixby button to begin the setup of your voice assistant.

“Now millions of customers worldwide have access to a new and intelligent way of interacting with their phone,” said Injong Rhee, Executive Vice President and Head of R&D, Software and Services of the Mobile Communications Business at Samsung Electronics. “The expansion of Bixby’s voice capabilities is an initial step in the continued rollout of Bixby functionality. In the future, Bixby will have the learning power to offer more intelligent and personalized interactions and seamless connections across more devices.”

Bixby is rather different from what its current competition is capable of. Samsung calls it an intelligent interface instead of a standalone app. Once an app becomes Bixby-enabled, the assistant will support every task that the application is capable of performing. This means that everything a user can do using touch, Bixby can pull off using voice. While native apps should work fine, it's the third-party app developers that Samsung will need to approach to get them to support Bixby.