It can be reasonably assumed that the smartwatch may come with Samsung's personal voice assistant Bixby that was launched in over 200 countries recently.

Samsung has confirmed that they are going to launch a new model of the Gear smartwatch. According to Sammobile the announcement was made at the end of the launch event for the Samsung Galaxy Note 8 smartphone by DJ Koh, head of Samsung's mobile division. This new smartwatch model is going to succeed the Gear S3 Classic and Gear S3 Frontier. 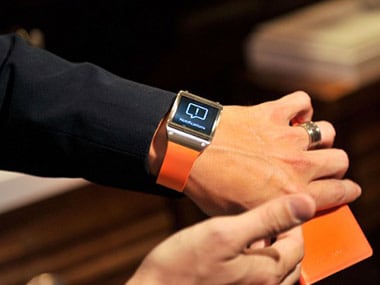 The South Korean smartphone giant has always unveiled a Gear smartwatch at IFA events and therefore it comes as no surprise that this new Gear Watch model most likely be unveiled at the next IFA event in Berlin on 2 September. There is no confirmation whether the new smartwatch will be called as the Samsung Gear S4.

In related Samsung news, the  Galaxy Note 8 has been launched and will open for pre-orders in a few days from now. It will be available in stores and online in certain markets starting from 15 September. In the US, the phablet will be priced between $930 (roughly Rs 59,000) for AT&T customers and $960 on (approx Rs 61,000) for the Verizon variant.