Samsung announces the Galaxy A50s and A30s smartphones with triple-cameras 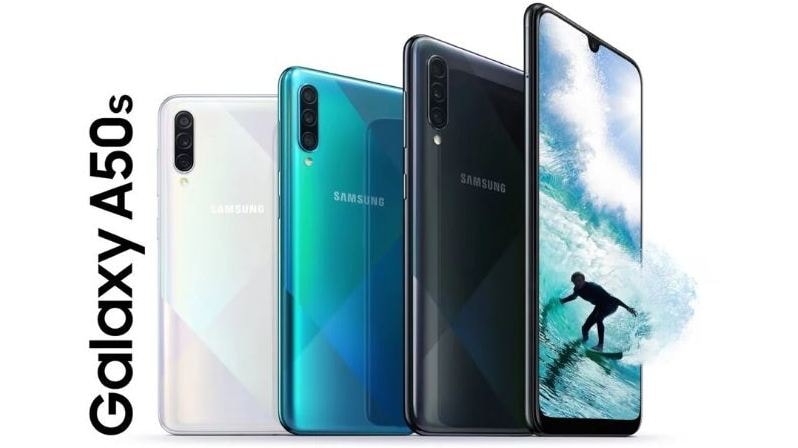 In terms of design, nothing much has changed on both devices. The Galaxy A50s retains the 6.4-inch Infinity-U Super AMOLED display although it does come with a redesigned back which looks similar to the Realme 1. The selfie camera on the device has been upgraded from 25 MP to 32 MP but still has an f/2.0 aperture. It will come in  Prism Crush Black, Prism Crush White, Prism Crush Violet, and Prism Crush Green colour variants.

The processing part of the phone is taken care of by the Exynos 9610 SoC along with 4 GB of RAM and 64 GB of storage, just like the Galaxy A50. The back of the phone has the same triple-camera setup with the primary camera now sporting a 48 MP sensor, while the 8 MP ultra-wide and 5 MP wide-angle sensors remain the same. The phone has a 4,000 mAh battery and support for 15 W fast charging.

The Galaxy A30s has the same 6.4-inch AMOLED display as the Galaxy A30 although the resolution has been surprisingly reduced to HD+ the phone does gain an in-display fingerprint sensor. The phone will be available in Prism Crush Black, Prism Crush White, Prism Crush Violet, and Prism Crush Green.

Powering the phone is an Exynos 7904 SoC with 3 GB and 4 GB of RAM along with 32 GB and 64 GB of internal storage. In terms of optics, the phone has the same 16 MP selfie camera but on the back, the phone features a new triple-camera setup with a 25 MP f/1.7 primary sensor, an 8 MP ultrawide sensor, and a 5 MP depth sensor. It also has a 4,000 mAh battery with 15 W fast-charging support.

Samsung to announce a new Galaxy A-series phone on 11 September, could be A50s

Samsung Galaxy A50, Galaxy A30, Galaxy A10 launch: Here's everything we know