Samsung has announced, on 14 December, the unveiling of the Samsung Notebook 9 Pen, Notebook 9 (2018) laptops for the global audience. Both the devices will have the 8th-Gen Intel Core i7 processor alongside Windows 10 operating system. The Notebook 9 has been announced in three new variants with different screen sizes ranging from 13.3 inches to 15 inches. All the variants of the Notebook 9 feature a Full HD RealViewTouch display and a 6.2 mm bezel around the screen. The Samsung laptops weigh around 1- 1.29 kg with a thickness of 15.4 mm, which the company claims make the Notebook 9 the thinnest in its category.

The Notebook 9 features an always-on mode thanks to its 75 Wh Hexacell battery and also supports fast charging. The devices have an internal storage of 1 TB SSD and up to 16 GB of DDR4 RAM. In addition to this, the Notebook 9 13-inch variant features 1x USB-C, 2x USB 3.0, 1x HDMI, SD card slot and a 3.5 mm jack as connectivity options. Each one of these ports are present in both the 15-inch Notebook 9 variants with the addition of Thunderbolt 3 on the USB-C port.  The 15-inch variant also has the option of NVIDIA GeForce MX150 (GDDR5 2GB) graphics as well. 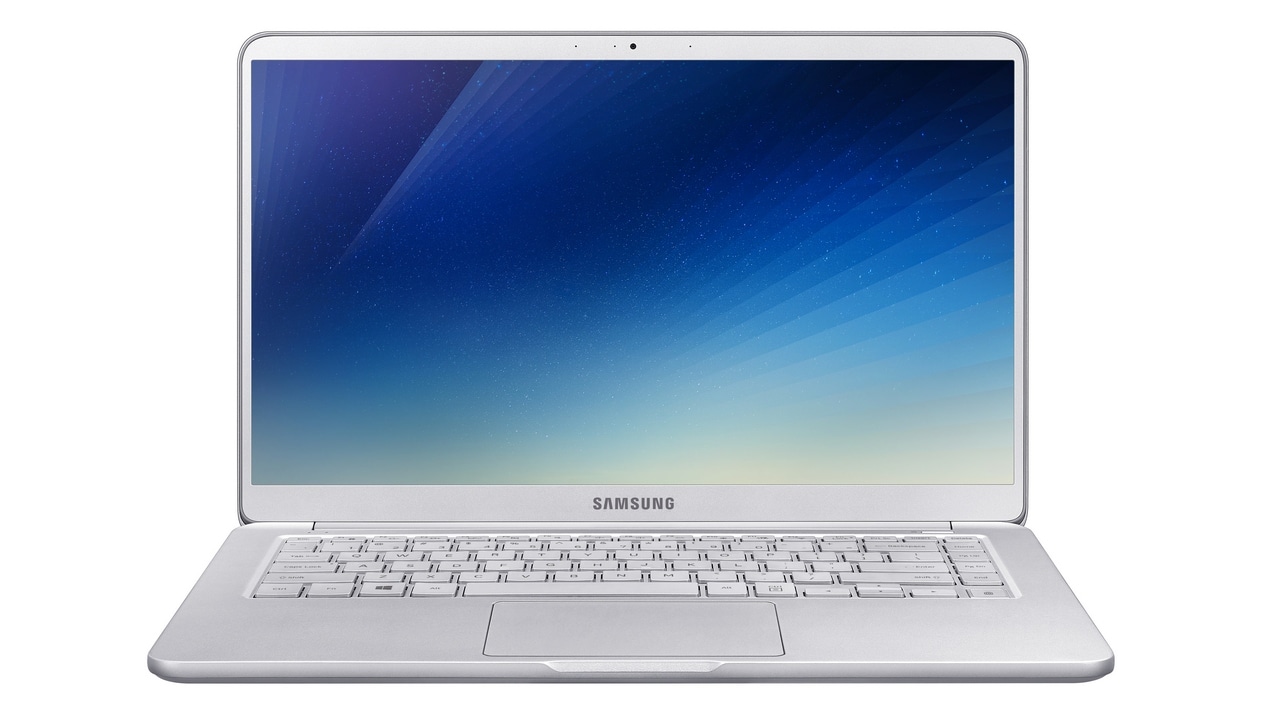 The Samsung Notebook 9 Pen is a 2-in-1 PC and is built with a magnesium-aluminium alloy called as Metal12, which the company claims is very durable and super light. The 360-degree hinges attached to the Notebook 9 Pen gives the user flexibility of turning the device into a tablet as well. The Notebook 9 Pen comes with the refined S Pen giving users the ability to doodle, sketch, paint, etc, at will. Air commands automatically launch on the removal of the S-pen from its holder. The S-Pen can also now recognise up to 4,096 levels of pressure with its 0.7 mm tip, says Samsung. The Notebook 9 Pen has the same display as the Notebook 9 (2018) 13-inch variant and it weighs 1 kg. The device has an inbuilt storage of up to 512 GB SSD and 16 GB of DDR4 RAM with inbuilt Intel HD Graphics. The ports are the same as that of the Notebook 9 13-inch ie. 1x USB-C, 2x USB 3.0, 1x HDMI, SD card slot and 3.5 mm jack alongside a 39 Wh battery instead of 75Wh. All the laptops have an inbuilt fingerprint sensor, backlit keyboard and a precision Touchpad.

The Samsung Notebook 9 Pen and Notebook 9 (2018) will roll out in select countries starting from Korea in December 2017, and the US in the first quarter of 2018. Both the devices will be displayed at CES 2018 in Las Vegas. No pricing details are out as of yet.