Sales to emerging markets a bright spot for Harley Davidson

By Rajesh Kumar Singh CHICAGO (Reuters) - Harley-Davidson Inc on Tuesday reported stronger sales in China and other Asian markets and said U.S. sales should improve in the second half of the year, positive news that offset a cut to its full-year motorcycle forecast and sent shares up 4.5 percent 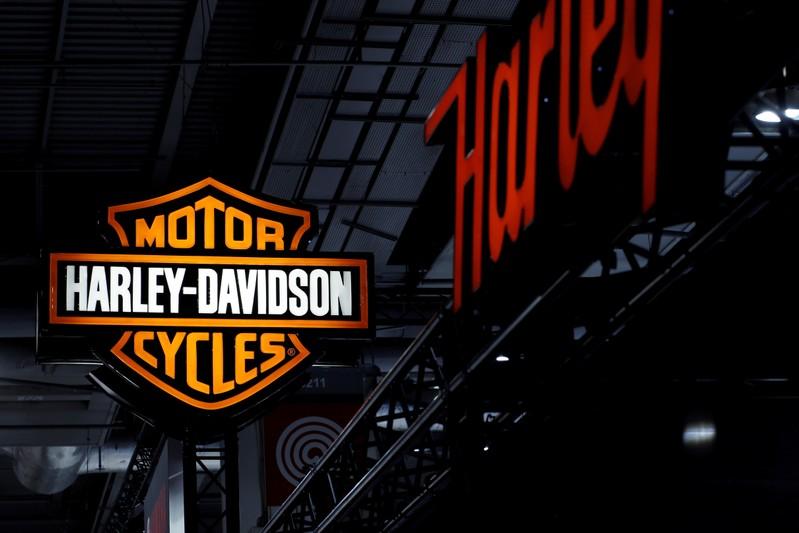 CHICAGO (Reuters) - Harley-Davidson Inc on Tuesday reported stronger sales in China and other Asian markets and said U.S. sales should improve in the second half of the year, positive news that offset a cut to its full-year motorcycle forecast and sent shares up 4.5 percent.

"There's a general sense of relief that the company's earnings are expected to hold up fairly well despite lower motorcycle sales volume and operating margin guidance," said Garrett Nelson, a senior equity analyst at CFRA.

Harley's challenges in the United States, which accounts for more than half of the company's sales, are well documented - core customers are growing older and outreach efforts to attract new and young riders have yet to show results.

In a reflection of the demographic headwind, the heavyweight motorcycle maker's stock price has declined by 46% in the past five years. In comparison, the S&P 500 has gained 50%.

To offset weak demand at home, Chief Executive Officer Matt Levatich is trying to make deeper inroads into some of the fastest growing two-wheeler markets in Asia through lightweight motorcycles. The push is part of a strategy to get half of the company's revenue from overseas by 2027.

The latest results show those efforts are bearing fruit.

While retail motorcycle sales were down across all the geographies, they were up in emerging markets on the back of a double-digit growth in China and ASEAN markets.

In the United States, however, sales fell for yet another quarter. Although Harley expects U.S. sales to be down in the second half of the year, it is hopeful that the pace of decline would moderate.

Operating margin as a percent of motorcycle revenue is projected to be about 6% to 7% this year, lower than the 8.0% to 9.0% estimated earlier.

"We expected 2019 to be a difficult year and it is unfolding as such, especially in our developed international markets," Chief Financial Officer John Olin told analysts on an earnings call.

Compounding the company's troubles is U.S. President Donald Trump's trade war. In retaliation for the tariffs the White House placed on imported steel and aluminum, the European Union increased import duties on U.S.-manufactured Harley bikes to 31% from 6% last June.

To mitigate the EU tariffs, Harley will begin shipping bikes from its Thailand facility.