SpaceX launched two Americans into orbit to ISS, a landmark mission that ended Russia's monopoly on flights there.

Russia's space agency criticised US President Donald Trump's "hysteria" about the first spaceflight of NASA astronauts from US soil in nine years, but also said on Sunday it was pleased there was now another way to travel into space. 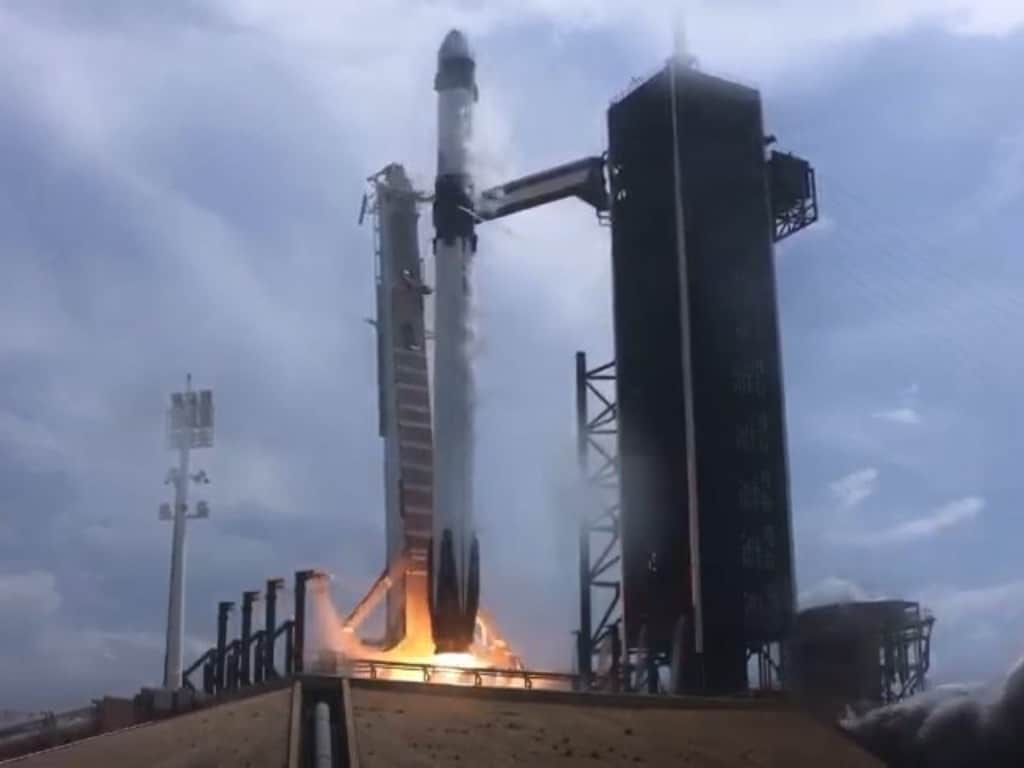 The SpaceX Falcon 9 launches from the Launch Complex 39A from the Kenndy Space Centre.

Trump, who observed the launch, said the United States had regained its place as the world's leader in space, that US astronauts would soon land on Mars, and that Washington would soon have "the greatest weapons ever imagined in history."

This is the first time in human history @NASA_Astronauts have entered the @Space_Station from a commercially-made spacecraft. @AstroBehnken and @Astro_Doug have finally arrived to the orbiting laboratory in @SpaceX's Dragon Endeavour spacecraft. pic.twitter.com/3t9Ogtpik4

NASA had had to rely on Roscosmos, Russia's space agency, to get to the ISS since its final space shuttle flight in 2011, and Trump hailed what he said was the end of being at the mercy of foreign nations.

The US success will potentially deprive Roscosmos, which has suffered corruption scandals and a number of malfunctions, of the lucrative fees it charged to take US astronauts to the ISS.

...to the #ISS.
Please convey my sincere greetings to @elonmusk (I loved his joke) and @SpaceX team. Looking forward to further cooperation!@Rogozin @JimBridenstine @roscosmos @NASA

"The hysteria raised after the successful launch of the Crew Dragon spacecraft is hard to understand," Vladimir Ustimenko, spokesman for Roscosmos, wrote on Twitter after citing Trump's statement.

"What has happened should have happened long ago. Now it's not only the Russians flying to the ISS, but also the Americans. Well that's wonderful!"

Moscow has said previously that it is also deeply worried about what it fears are US plans to deploy weapons in space.

Moscow would not be sitting idly by, Ustimenko said.

"..We are not going to rest on our laurels either. We will test two new rockets this year, and next year we will resume our lunar programme. It will be interesting," said Ustimenko.