Ring of Fire: The ultra-rare solar eclipse expected on 26 December will be visible from India

The eclipse will be visible in many parts of India, particularly in southern India; Saudi Arabia, and parts of Indonesia.

On 26 December, there will be an annular solar eclipse that will take place and it will be visible from Saudi Arabia, southern India and parts of Indonesia. People in Europe, other parts of Asia and Australia will see a partial solar eclipse.

An annular solar eclipse takes place when the moon covers the Sun's centre, leaving the Sun's visible outer edges to form a "ring of fire” or annulus around the moon. The name “annular” comes from the Latin word for a ring — “annulus.” Since the moon's shadow is not big enough to engulf the entire Earth, the shadow falls only in certain areas. This area constantly changes because the moon and Earth are always on the move. Solar eclipses are only visible from within the area where the shadow falls, and the closer you are to the centre of the shadow's path, the bigger the eclipse looks.

This eclipse will be the third and the final solar eclipse for this year and the next eclipse that will take place will be a lunar eclipse, on 10 January 2020.

Where can you view it?

The annularity will last for three minutes in Ooty and since it is a hill station with an altitude of 2,200 metres, this location will lead to the best view of the solar eclipse without being obstructed by the clouds. According to The Hindu, Kerala's Cheruvathur will also be one of the best places to witness the eclipse. 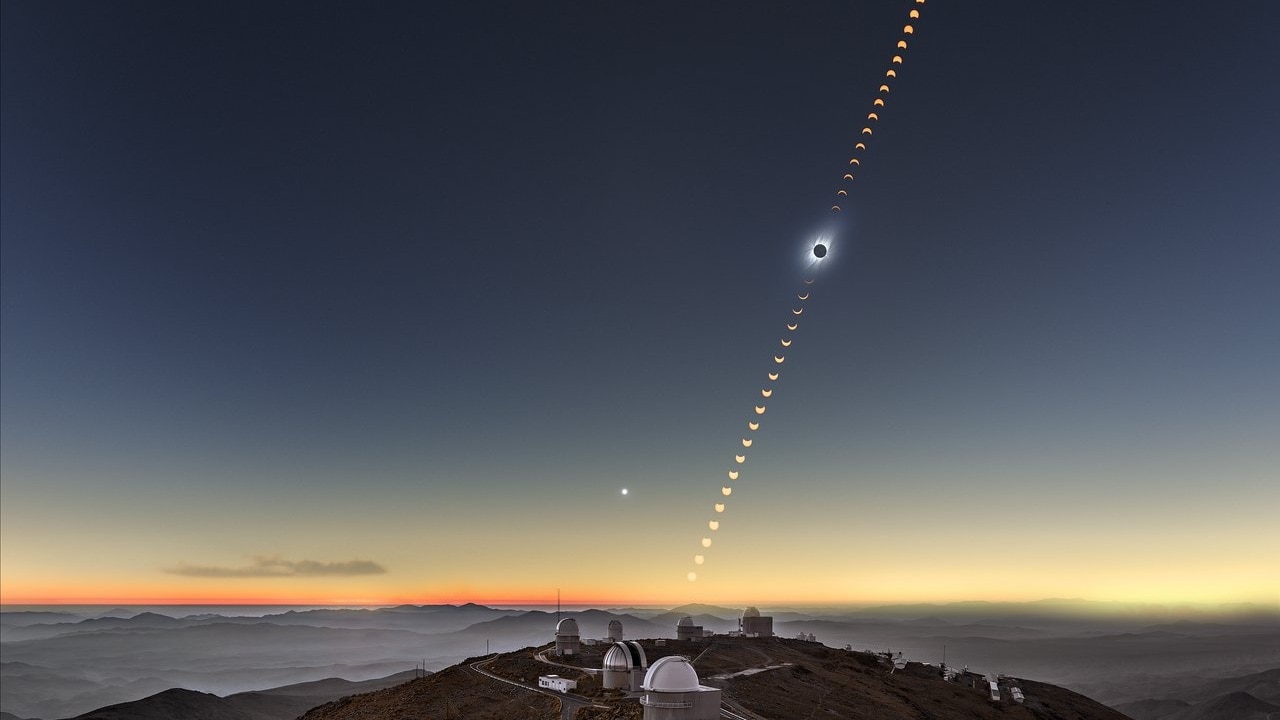 This clear-weather simulation shows how the eclipsed Sun could look like in the sky above La Silla on 2 July 2019 if there are no clouds (more information). An annotated version of this image is available here. Image: ESO

How to view a solar eclipse

Your protective eyewear needs to have a sun filter or be a specially-made pair of eclipse glasses. The UV radiation can burn the retinas causing serious damage and even lead to blindness. Keep your back turned to the sun.  Seeing the eclipse on an optical instrument through a screen – your mobile phones, televisions or camera screens are perfectly okay.

Binoculars, camera viewfinders, and telescopes, however, can end up causing instant and permanent blindness.

Could not see solar eclipse due to cloud cover, says Narendra Modi, manages to catch glimpse of event on live stream

First solar eclipse of 2019 will plunge South America into 10,000 km of darkness

Solar Eclipse 2020: Rare celestial event begins, how and where to watch ‘Ring of Fire’ in Rajasthan, Haryana, and Maharashtra

Solar eclipses 2021: All you need to know about the two Surya Grahans that will take place next