While the ruling will certainly give an advantage to the critics of Aadhaar, the fundamental services for public good should remain unaffected

A nine-judge bench of the Supreme Court pronounced that right to privacy is a fundamental right in a verdict on 21 August. It was a unanimous decision with all the nine judges in favour of the right to privacy. The constitutional bench headed by Chief Justice JS Khehar ruled that "right to privacy is an intrinsic part of Right to Life and Personal Liberty under Article 21 and entire Part III of the Constitution." 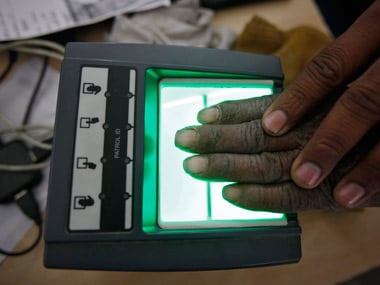 The judgment is pertaining to, but not restricted to, the Aadhaar debate. Image: Reuters

A lot of analysts we have spoken to have said that this decision will go a long way in ensuring stronger data protection laws in India.

The ruling has also raised a lot of questions around Aadhaar, the 12-digit unique identification number, which is slowly but surely touching up on a lot of aspects of our lives. The right to privacy judgement does not directly talk about the Aadhaar privacy debates as they are being dealt with by a separate five-judge bench, which has been hearing petitions since 2015.

Aadhaar identity was initially only mandatory for availing benefits of government schemes such as the public distribution system, direct transfer of subsidies and so on. But over the last couple of years, that ambit has extended to services such as filing for tax returns, operating bank accounts, vehicle registrations in certain states and so on. This has led to a lot of petitions being filed with the Supreme Court on the aspect of violation of privacy.

According to Raju Rajagopal, Aadhaar does not violate your privacy in the current format. Rajagopal was associated with the unique identification authority of India (UIDAI) and led its early outreach initiatives with civil society groups. "Aadhaar Act already goes out of its way to accommodate some of the key aspects of privacy in it. Unless governments are trying to mandate Aadhaar for services that are not essential government services, then maybe there is a case for concern," says Rajagopal.

The ruling will certainly give an advantage to the critics of Aadhaar, who have filed petitions in the courts, citing privacy concerns.

"I don't think the fundamental services for which Aadhaar is required, such as subsidies, will be affected much by the ruling. Smaller Supreme Court benches have already recognised the public good that Aadhaar does, for example, with PDS, MNREGA, direct transfer of subsidies and so on," points out Rajagopal.

In its ruling, the SC bench has made it clear that the reasonable restrictions will remain despite the ruling. The term is open to interpretation and should definitely lead to healthy debates as to what constitutes as reasonable.

Prashant Bhushan, who is a party to the case, said that this decision by the Supreme Court is a setback for the government. "Any law which is made to restrict this fundamental right will have to be examined keeping Article 21 in mind. For example, if the government tomorrow says that your Aadhaar card will be required for your travel and income tax filings, that will be an unreasonable restriction," he told Firstpost.

Rajagopal feels that the government will have to prove that any service they link with Aadhaar serves the public good, thereby justifying the reasonable restriction caveat.

"There will certainly be challenges, but the government is well prepared to face them. Sure, it will make life difficult. But it provides a greater impetus for the formation of a data privacy law that goes beyond Aadhaar. Right now Aadhaar is the only law that is based around privacy principles in a very clear manner. But Aadhaar is just one aspect of privacy, there has to be a more comprehensive privacy law covering other aspects as well," says Rajagopal.

There is no doubt that the right to privacy ruling would accelerate the process of coming up with a data protection and data privacy laws for the country. In fact, union minister Ravi Shankar Prasad has claimed that India will get a data protection bill by the end of the year.

"My only hope is that the government involves a wide range of opinions and involve multiple stakeholders during the formation of the privacy laws. This will help in minimising challenges going forward. This ruling urges the government to come up with strong data protection laws," says Rajagopal.

Central Govt uses pronouns 'She', 'Her' for all genders in Draft Data Protection Bill

Want to update name, date of birth in EPFO records as per Aadhaar? Check step-by-step process