This work is part of Army's larger focus on artificial intelligence and machine learning research initiatives pursued to help to gain a strategic advantage.

A novel machine learning technique could help soldiers to learn 13 times faster than conventional methods as well as help save lives, say researchers, including one of Indian-origin. 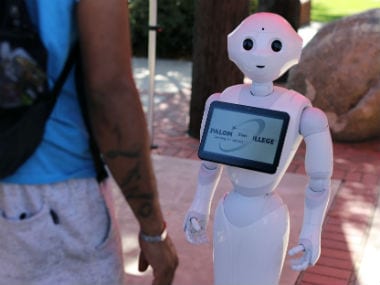 This technique could eventually become part of a suite of tools embedded on the next generation combat vehicle, offering cognitive services and devices for warfighters in distributed coalition environments, said Rajgopal Kannan, a researcher, from the US Army Research Laboratory.

This work is part of Army's larger focus on artificial intelligence and machine learning research initiatives pursued to help to gain a strategic advantage and ensure warfighter superiority with applications such as on-field adaptive processing and tactical computing, he said.

The paper on this new research won the best-paper award at the 26th ACM/SIGDA International Symposium on Field Programmable Gate Arrays in Monterey, California in February.