Researchers have developed a novel blood pressure (BP) application that can give accurate readings using an iPhone, without requiring any special equipment. 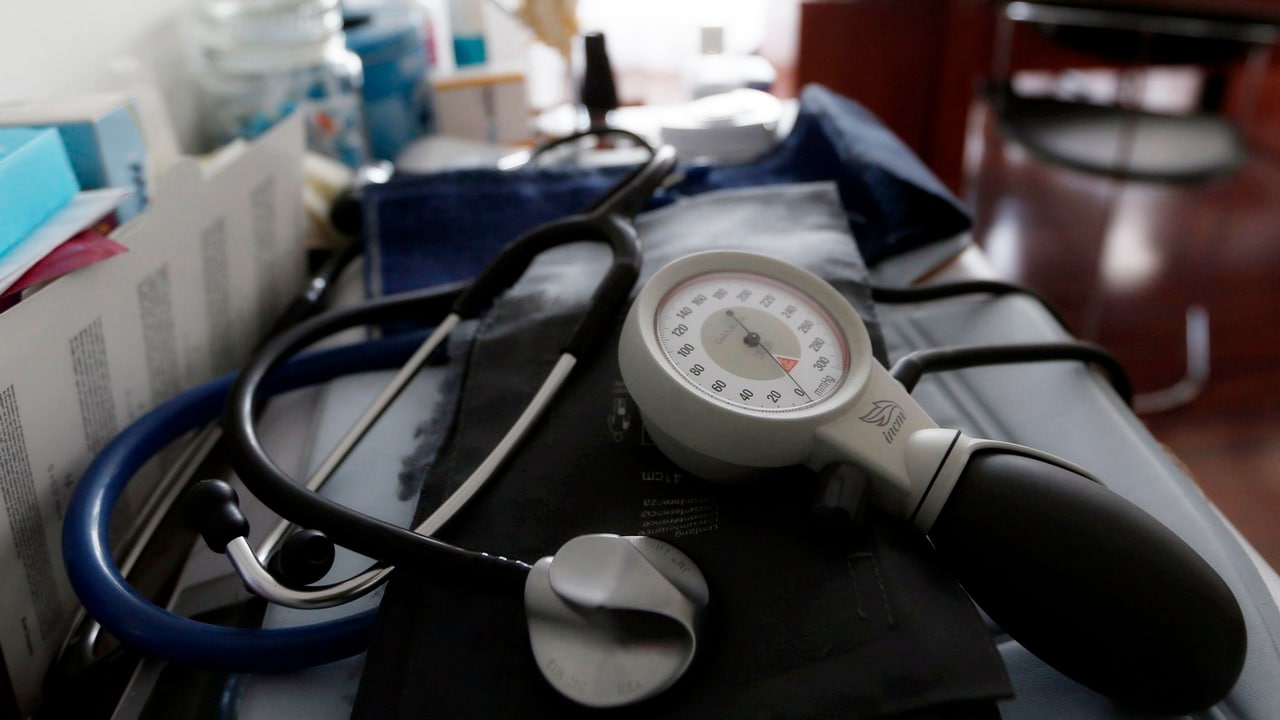 A photo illustration shows a stethoscope and blood-pressure machine. Reuters

Developed by the Michigan State University researchers, the new "iPhone X" app measures BP via the 'oscillometric finger pressing method', or 'peek and pop' that enables users looking to open functions and apps with a simple push of their finger.

The user presses her fingertip on both the front camera and screen to increase the external pressure of the underlying artery, while the application measures the resulting variable-amplitude blood volume oscillations via the camera and applied pressure via the strain gauge array under the screen.

The application, featured in the journal Scientific Reports, also visually guides the fingertip placement and actuation and then computes BP from the measurements just like many automatic cuff devices.

When tested, along with a finger cuff device, against a standard cuff device, the app yield indicated that cuff-less and calibration-free BP monitoring may be feasible with many existing and forthcoming smartphones, the researchers said.

"Such ubiquitous blood pressure monitoring may improve hypertension awareness and control rates, and thereby help reduce the incidence of cardiovascular disease and mortality," he added.

If things keep moving along at the current pace, an app could be available in late 2019, Mukkamala said.

However, the app still needs to be validated in a standard regulatory test.

"But because no additional hardware is needed, we believe that the app could reach the society faster," he noted.

While high blood pressure is treatable with lifestyle changes and medication, only around 20 percent of people with hypertension have their condition under control. This invention gives patients a convenient option and keeping a log of daily measurements would produce an accurate average.

Why all the fuss around hypertension?