Potato is the most consumed plant food worldwide after rice, wheat and corn. 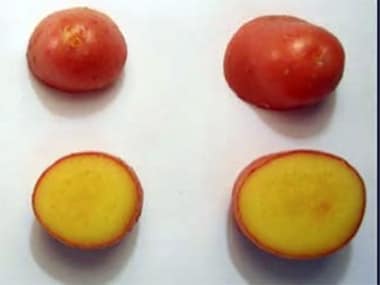 Study author Mark Failla says, "More than 800,000 people depend on the potato as their main source of energy and many of these individuals are not consuming adequate amounts of these vital nutrients. These golden tubers have far more vitamin A and vitamin E than white potatoes, and that could make a significant difference in certain populations where deficiencies – and related diseases – are common."

The researchers were trying to engineer a potato that primarily provided more vitamin A, but were pleasantly surprised when the resulting vegetable also contained a high amount of vitamin E. The study has been published in PLOS ONE.

Potato is the most consumed plant food worldwide after rice, wheat and corn. Vitamin A deficiency is the leading cause of preventable blindness in children, and vitamin E protects the nerves, muscles and the immune system. As a staple part of the diet in developing nations, where residents depend on starchy foodstuff for sustenance, the golden potato has the potential to prevent death and diseases.

E-cigarettes may damage the immune system in the lungs