The doodle portrays, people from various religious and cultural backgrounds, underlining the diversity of India.

Vibrant colours, art, and architectural, cultural and sartorial heritage of India has been captured in a fascinating doodle by internet search giant Google to mark the 72nd anniversary of the country's Republic Day. The artwork showcases beautiful old buildings in the backdrop in light saffron hue along with people in the front in the green shade, with the letters of the company's name in blue emblazoned in the middle, in a nod to the tricolour. 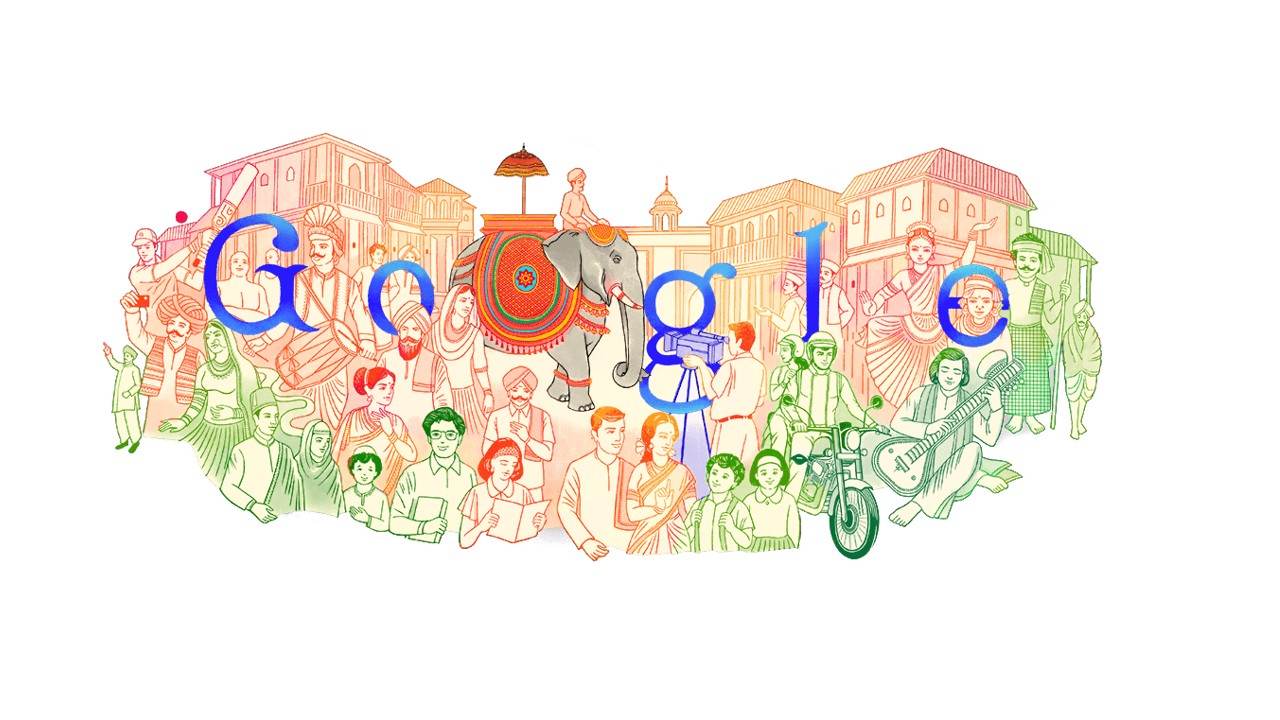 While letters ''G'' and ''O'' stand towards the left of a caparisoned elephant with a mahout, the last three letters of ''Google'', are positioned to its right. The majestic pachyderm itself represents the second ''O'' in the technology bellwether's name.

In a note released on the august occasion, the company said, "Today's doodle, illustrated by Mumbai-based guest artist Onkar Fondekar honours the day 72 years ago when the Indian Constitution took effect and made official the country''s full transition to a sovereign republic".

In celebration of India's Republic Day, today's doodle artwork reflects the range of vibrant cultures that bring the colourful nation to life, it said.

The doodle portrays, people from various religious and cultural backgrounds, underlining the diversity of India, and they, in turn, represent various occupations too, such as a cricketer swinging his willow, farmers, teachers, folk musicians, drum players, filmmakers, dancers, musicians, besides young students.

"With origins that stretch back hundreds of years, musical instruments such as the dholak (a two-headed hand drum) and the sitar (a long-necked stringed instrument), both featured in the doodle artwork, are just a few examples of India''s rich heritage," the note by Google said.

Republic Day marks the adoption of the Constitution by India, which came into effect on January 26, 1950. Google has a tradition of making iconic doodles to mark significant and historic events and has portrayed this occasion several times in previous years.

"From its distinctive architectural styles to the Bollywood film industry, India''s cultural impact is felt across the world, and today, there is much to celebrate. Happy Republic Day, India!," it said.

Artist Fondekar, who drew the artwork said he was ecstatic to be part of this art project with Google, and hoped the message of unity in diversity will reach the masses when they see the artwork online.

"I drew inspiration from the people of India -- the culture, traditions, history, and architecture," he was quoted as saying in the statement.