Media reports claimed Reliance Jio had stopped JioPhone's production and was planning to bring out an Android-based phone.

Debunking media reports that Reliance Jio has stopped the production of the Rs 1,500-JioPhone, the company on 30 October said it is committed to fulfilling the country's digital vision. 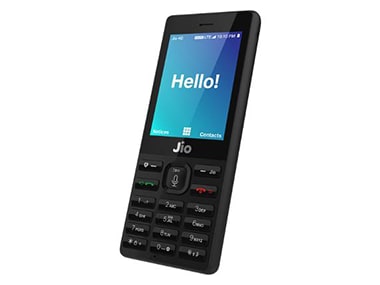 "JioPhone, ‘India ka smartphone,' is committed to fulfilling the country's digital vision. Jio welcomes the initial six million Indians who are moving to digital life with the JioPhone and will soon announce the next JioPhone booking date," a company spokesperson told IANS.

Media reports claimed the company had stopped JioPhone's production and was planning to bring out an Android-based phone. The company announced the launch of 4G and VoLTE-enabled JioPhone on 21 July, available free of cost with a deposit money of Rs 1,500.

Aimed at over 50 crore feature phone users, the 2.4-inch device has 2MP rear camera and houses 2000mAh battery. The JioPhone has a single Nano-SIM slot and a microSD card slot. According to industry sources, Jio carries more than 100 crore GB data per month.

With JioPhone, the entry-level smartphone market would see a lot more action for a few quarters from now onwards, a new report said recently.

According to CyberMedia Research (CMR), 61.8 million mobiles were shipped in the second quarter of 2017, of which 54 percent were feature phones, witnessing 9 percent sequential growth.

"With JioPhone, the prospects of feature phones as well as entry-level smartphones brands aligned to these markets pushed the shipments in wake of anticipated contraction of the market due to JioPhone availability in 3Q and beyond," added the CMR report

Google is looking to make improvements on its Android Pay services by testing notifications for all credit card transactions. Google has already released its very own UPI based payment system in India called as Tez and it has been downloaded over 5 million times on the Google Play Store.