The company will invest more than Rs 60,000 crore along with a coalition of global companies over the next 10 years in this collaborative initiative, he said.

In a bonanza for Maharashtra, Reliance Industries Chairman Mukesh Ambani on Sunday announced plans to launch the 'Fourth Industrial Revolution' in the state with an investment of Rs 60,000 crore and collaboration of over 20 global conglomerates. 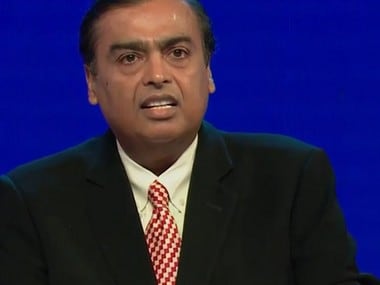 He said that the initiative will take forward the flagship Jio Movement with the ambitious new plan for a New India and New Maharashtra by setting up the country's first-ever 'Integrated Industrial Development Area' in the state over the next 10 years.

"The company will make Maharashtra the birthplace and cradle of the Fourth Industrial Revolution in India, which is a convergence of disruptive technologies in the physical, digital and biological spheres. It is going to transform the world and our society in unimaginable ways," Ambani said in his address at the 'Magnetic Maharashtra: Convergence 2018' inaugurated by Prime Minister Narendra Modi.

Some of the global companies who have already agreed to co-invest with Reliance include Cisco, Siemens, Corning, HP, Dell, Nokia and Nvidia, he said, assuring Modi that "this mega-project will make Maharashtra even more magnetic".

"India cannot afford to lag behind in this race and indeed has an opportunity to be a global leader," he said.

The Fourth Industrial Revolution will help Maharashtra and India solve the most difficult problems in socio-economic development in health-care and education, water security and environmental security, boosting agriculture production, in making all our towns, cities and villages SMART, and generate millions of new employment opportunities for the youth of the state and in India.

Ambani described Mumbai as the 'janmabhoomi' (birthplace) of Reliance and his own 'karmabhoomi' (workplace) where the start-up company was established by his father, the late visionary Dhirubhai Ambani with a seed capital of just Rs 1,000 and one employee.

"Today, Reliance employs over 350,000 people... it's the largest 'wealth-creator for India'. Reliance always invests in India's Big Dreams in building businesses of the future with Indian talent and Indian youth," he said.

He said Mumbai is also home to Jio, the newest tech-startup in the Reliance family, and when the Prime Minister unveiled his vision for a Digital India, it also became Jio's own mission.

"Before Jio's launch, India was 155th in the world in mobile broadband consumption. Today India is No 1. Over 170 million Indians enjoy the highest quality date services at the lowest prices in the world," he said.

So far, the company has invested Rs 250,000 crore in India, of which the highest share — Rs 22,000 crore — came to Maharashtra, and within two years, Jio will connect every village panchayat, every school, college and hospital in the state to bring the benefits of digital revolution to the last person in society, he said.