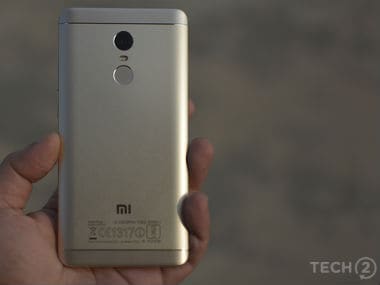 As reports surfaced of a Xiaomi Redmi Note 4 smartphone catching fire in Andhra Pradesh, injuring its user, the Chinese smartphone maker on Friday said "extreme external force" was applied to the device which may have caused the incident.

Bhavana Suryakiran sustained minor burn injuries on his thigh as the Redmi Note 4 he was carrying in his trouser pocket caught fire in Ravulapalem town in East Godavari district earlier this week.

"We would like to clarify a recent incident of a damaged Redmi Note 4 in East Godavari, Andhra Pradesh. We were able to procure the device after multiple conversations with the customer," Xiaomi said in a statement shared with IANS.

"Upon first impressions of the damaged device, we can conclude that extreme external force was applied to the device, which led to the back cover and battery being bent and screen getting damaged. A detailed investigation has been launched to understand the exact cause of the damage," the smartphone maker said.

Suryakiran, a small trader, was riding his motorbike when the phone caught fire.

He told a Telugu television channel that by the time he stopped the motorcycle, pulled out and threw away the handset, he had sustained the burn injury.

Suryakiran claimed that he purchased the phone around 20 days ago, adding that he would approach the court to claim compensation.

"We would like to request our customers to avoid opening the device, puncturing the battery or applying extreme physical force to the device. Further, do refrain from getting your smartphone repaired at unauthorised repair shops," Xiaomi said.

"At Xiaomi, customer safety is of utmost importance and we treat such cases with absolute priority. All our devices go through stringent quality testing to ensure high standards," the company added.

According to the market research firm International Data Corporation (IDC), Xiaomi now has a 17.9 percent market share in the Indian smartphone space.

The Redmi Note 4 has pipped Samsung's Galaxy J2 as the top shipped smartphone to India in the second quarter with a 7.97 per cent market share.