Realme U1 first impressions: Aggressively barging into the Rs 15,000-segment

The smartphone's first sale will start at 12 pm on 5 December via Amazon India.

Realme Mobile's most recent event marked the debut of its U-series phones, starting with the Realme U1. The event marks two more 'firsts’: one being the global debut of the MediaTek Helio P70 chipset and the other being the first brand logo overhaul for Realme.

If you noticed that @realmemobiles has a new logo, @pentagram is behind it all. They are, by the way, the company that also did the logo for Tiffany & Co. pic.twitter.com/JYlkkcsPEi

At the launch event, I got to briefly spend some time with the new Realme U1 and here are my first impressions. Realme U1 sports a 25 MP camera on the front. Image: tech2/Nandini Yadav

The Realme U1 features a glass back with what they call the 'Light Pillar Design’. The device comes in black, blue and gold colour variants.

The smartphone is very comfy to hold and I liked that it weighs next to nothing. The glass back though is an absolute fingerprint magnet. I fell in love with the blue and gold phones, but unfortunately, I was given the black variant, which I think is a little boring. In fact, when I saw the gold variant from a distance, it was giving off a little iPhone XS-series’ gold variant vibe. From a distance, like I said. 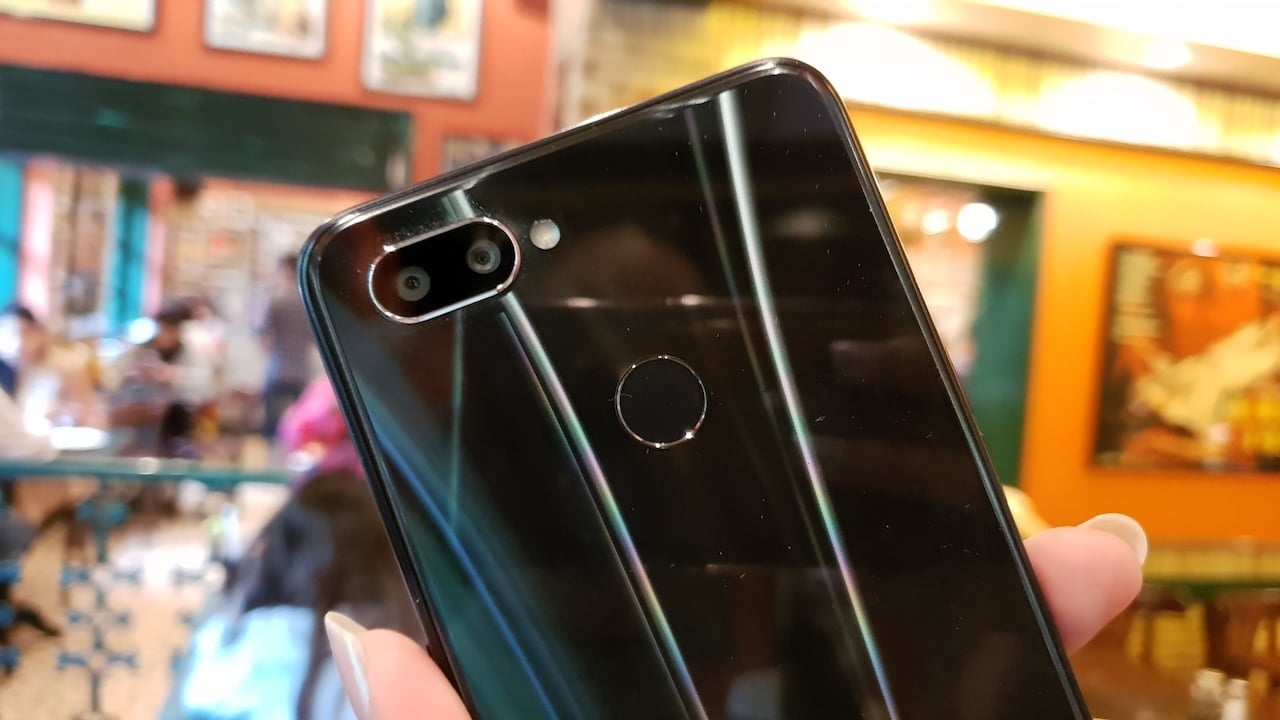 Realme U1 sports a dual-camera setup at the back. Image: tech2/Nandii Yadav

Further, the phone has the power button on its right edge and the volume rocker and the SIM tray on the left side. The 3.5 mm jack sits on the lower edge, beside the Type-C port and the speaker grille.

The Realme U1 has a 6.3-inch display with a dewdrop notch and very tiny bezels around the screen.

The Realme U1 marks the global debut of the MediaTek Helio P70 chipset which is apparently designed with gaming, battery and selfie capabilities in mind. I did not get to play games on the phone so I can't comment on that bit, but do stay tuned for the full review, which should be coming next week.

As mentioned earlier, you can choose between 3/4 GB RAM and 4/64 GB storage. The device is running Android 8.1 Oreo and Realme's ColoOS skin. 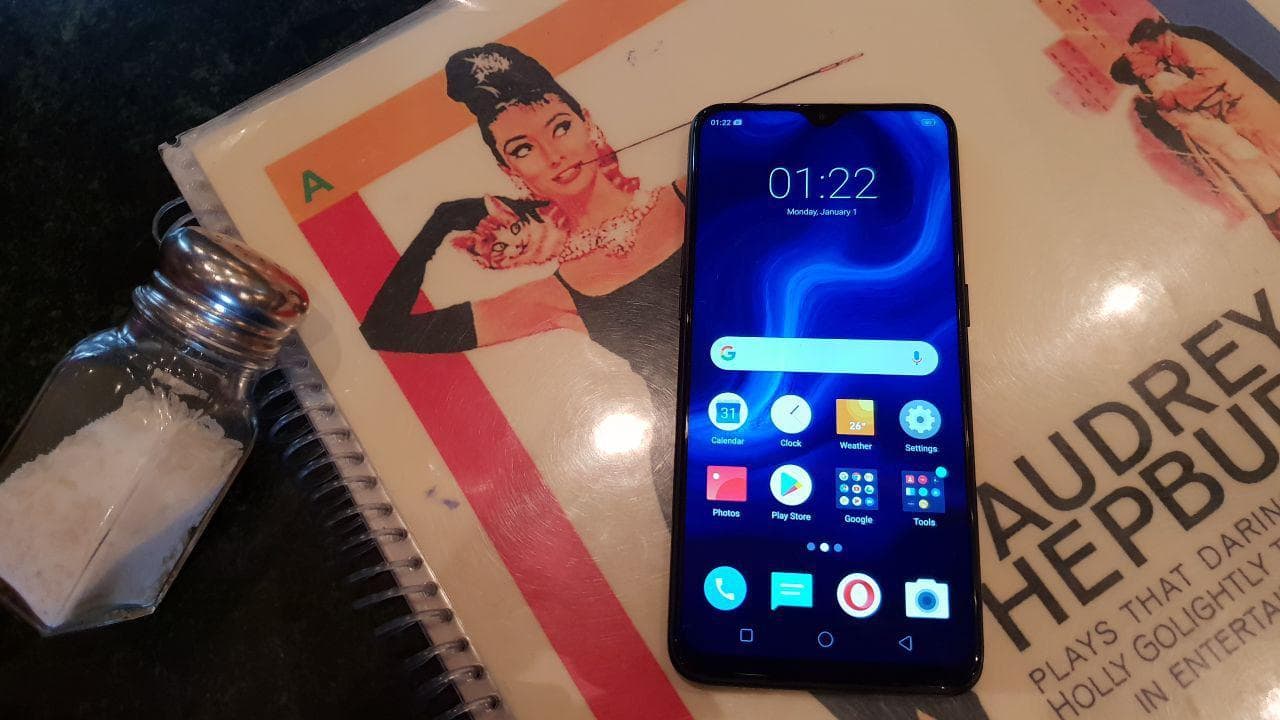 Interestingly, similar to the Honor 8C, the phone also comes with a DND mode for gaming, and a multi-screen mode. DND mode basically gives you an uninterrupting experience by screening calls and texts that you get while you have the mode on.

#RealmeU1 comes with lots of Gaming optimization like a DND Mode for gaming, and a multi-screen mode. pic.twitter.com/LxoqXEOIzz

The Realme U1 has been touted as Realme's 'Pro Selfie’ device. To back up that claim, it houses a 25 MP "AI" camera up front, which supports bokeh effects and auto colour correction modes. At the back the device sports a 13 MP + 2 MP dual sensor setup. The back cam also comes with a Beauty Mode that is apparently tuned to Indian skin tones. 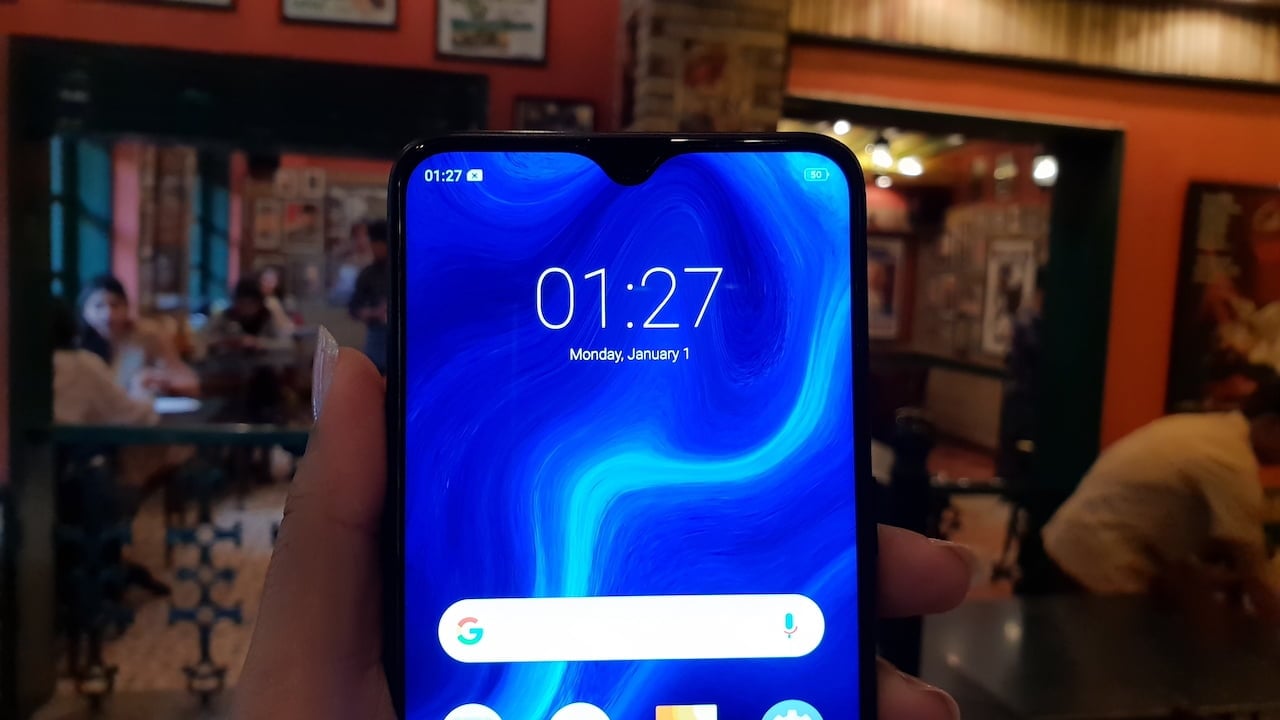 The rear cam also has a slo-mo mode that goes up to 90 fps. I tried the selfie camera, and to be honest, I quite liked what I saw. I clicked a few selfies with and without the beauty mode on, and both the results were pretty close to impressive.

Fuelling the device is a 3,500 mAh battery that charges via USB-C.

The Realme U1 looks quite premium, and it's promises for the camera are pretty high. On top of that, with a starting price of Rs 11,999, this newcomer company shows that it has what it takes to challenge the current budget kings, the Redmi Note 6 Pro and the Honor 8C.