Realme has launched a slew of products in India at an event today. These products include Realme 7i, Buds Air Pro, Buds Wireless Pro, 100 W soundbar, a 4K SLED 55-inch smartTV, Smart Cam 360º, N1 Sonic electric toothbrush, Selfie Tripod and 20,000 mAh Power Bank 2. Realme claims that the smart TV is the world’s first SLED 4K TV (55-inch) with a display technology based on Spectral Power Distribution (SPD). At the launch event, Realme also announced first-sale discounts for some of the products launched today. Realme also launched its first neckband earphone with ANC. The Realme Buds Wireless Pro are priced at Rs 3,999, however, on the first sale on 16 October midnight, the earphones will be available at Rs 2,999.

The Realme Smart Cam 360 has been launched at Rs 2,999, but will cost Rs 2,599 on the day of the first sale. Realme also launched a Smart Plug, which will be priced at Rs 799. Both products will also be available at Flipkart and realme.com starting 16 October midnight.

With the #LeapToNextGen we fulfil our commitment towards making your life cooler with an exciting range of products at unbeatable prices.

Realme 7i features a 6.5-inch punch-hole display that has a 90 percent screen-to-body ratio and a 90 Hz refresh rate. The smartphone is powered by Qualcomm's Snapdragon 662 chipset. It also sports a rear-mounted fingerprint sensor.

In terms of camera, Realme 7i comes with a quad rear camera setup that includes 64 MP primary sensor, ultra-wide lens, macro lens and a B&W lens.

It is equipped with a 5,000 mAh battery which, as claimed by the company, can offer up to 35 hours of calling. This battery comes with support for 18W Quick Charge.

The new Realme Buds Air Pro come in black and white colour variants and are powered by Realme's new S1 chipset. Realme has added a new Bass Boost+ Mode in the app for the new Buds Air Pro. It can offer u to 25-hours of battery life and are IPX4 protected. In addition to this, the company announced that the earbuds also use Google fast pair for automatic detection and pairing with the smartphone. 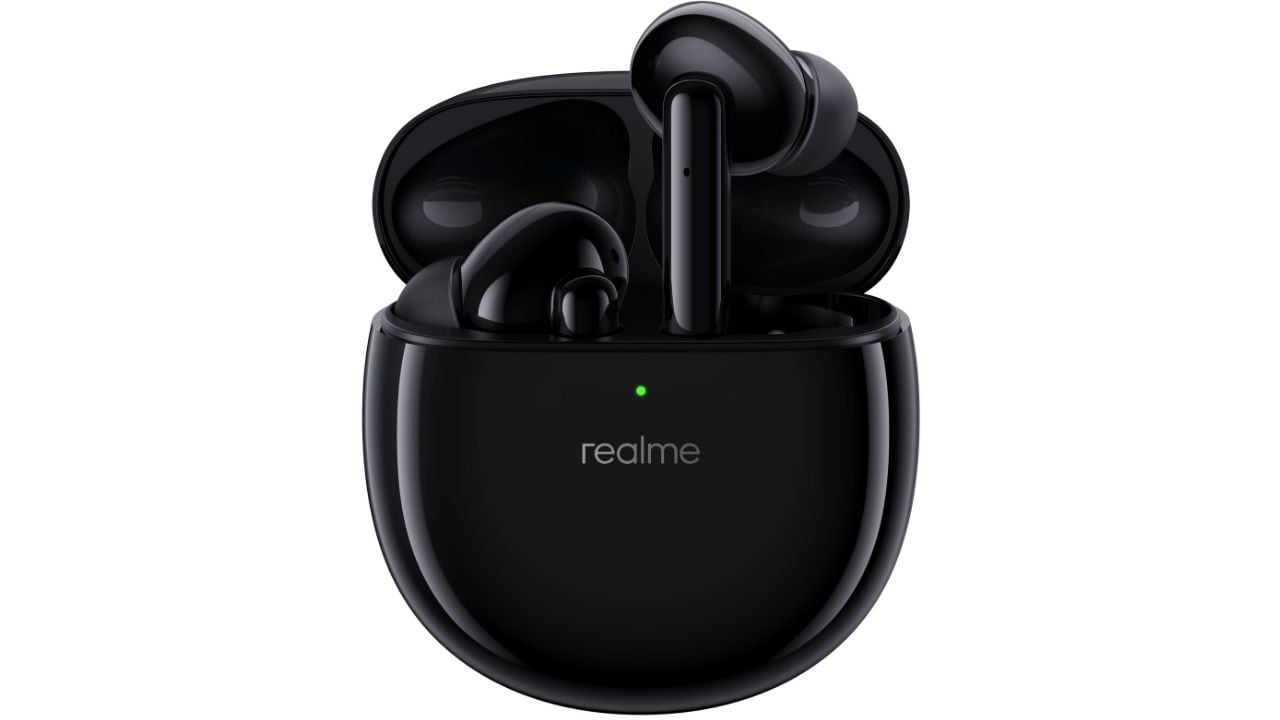 Realme has announced the Buds Wireless Pro with active noise cancellation that is also applied on the mic.It comes with gaming mode and can offer up to 22 hours of battery life. They can be paired with two devices at once and users can seamlessly switch between them.

The Realme Smart SLED 4K 55-inch TV has a 94.6 percent screen to body ratio. It features 24W quad speakers that support Dolby Audio. The smart TV runs on Android 10 and comes with support for Google Assistant. It also comes with seven display modes and a powerful 64-bit MediaTek quad-core processor. The company also launched its first products in home security – Smart cam 360. The smart cam has a 360-degree gimble and features AI motion detection. At night, the camera automatically switched to IR night mode. For privacy, the camera's lens can be covered with a physical cover. Realme has also announced the Smart Plug that can be controlled using Google Assistant or Alexa.

Among the various AIoT devices, Realme has also announced the new N1 electric toothbrush. The blue bristles on the toothbrush will eventually fade to remind you that you need to replace the head of the toothbrush. The company has also announced the Realme selfie stick that opens up till 60 cm and comes with a detachable remote.