The Realme 6 isn’t a great all-rounder of a phone, but it is a great gaming phone.

What does a MediaTek G90T SoC, a 90 Hz display, and pricing that starts at Rs 13,999 translate to? Quite possibly the best gaming experience you can have on a budget smartphone today.

The Realme 6 is powered by a MediaTek G90T SoC that’s designed with more graphical grunt in mind, specifically to help with gaming. Paired with it is 4/6/8 GB of RAM and either 64 or 128 GB of UFS 2.1 storage. My review unit came fully specced out with 8 GB RAM and 128 GB of storage. 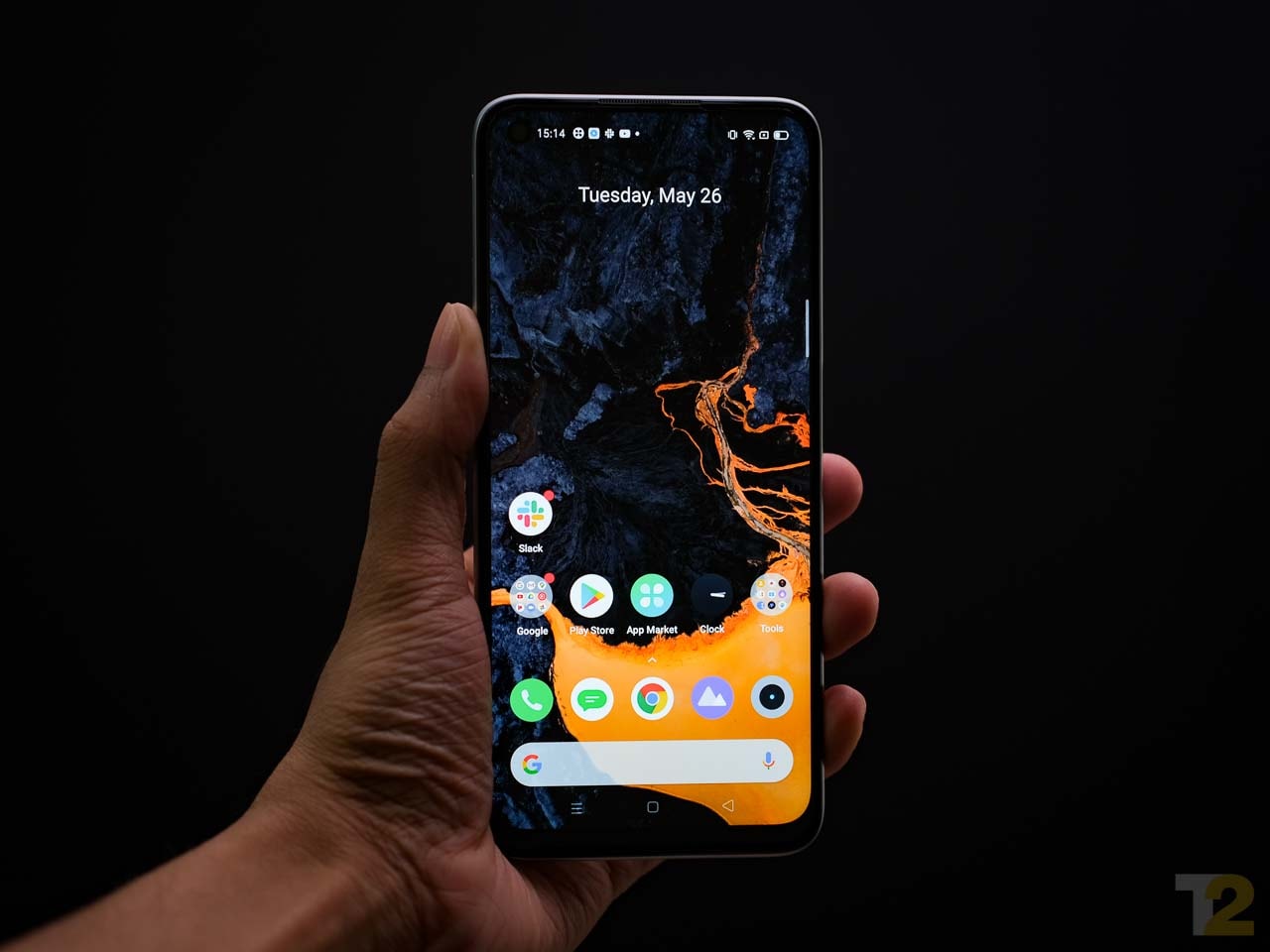 The highlight of the Realme 6 is its 90 Hz display. Image: Anirudh Regidi

As with most budget smartphones these days, the Realme 6 doesn’t look as cheap as it is, though I have to admit that it does look and feel a bit cheaper than its nearest competition, the Redmi Note 9 Pro.

The rear features a “comet inspired design”, which as you can see in the images, does look interesting, and then there’s that massive camera bump on the back. The front is almost all screen, with a punch-hole selfie camera stuffed into the top left corner of the display.

Enough with the specs. How well can it game?

In a word: admirably.

You can’t unsee 90 Hz once you get used to it, and the G90T takes full advantage of that high refresh rate display by making sure the UI is snappy and that games like PUBG Mobile run smoothly. I normally turn up the graphical settings in PUBG, but in the Realme 6’s case, I turned them down so I could let the GPU stretch its legs and take full advantage of the fast display. And boy was it good. I’m not much of a smartphone gamer – PC is more my speed – but I was impressed at how immersive the PUBG experience was at the lowest graphical settings. Don’t get me wrong, this phone can handle maxed out graphics at what looks to be something between 30 and 60 fps – depending on on-screen action – but those settings don’t do the display justice. “Smooth” graphics and “Extreme” framerates are where it’s at.

The thing with 90 Hz is that you feel more connected to your game. There’s immediate feedback for your actions, which feel almost subliminal. At Rs 13,999, that’s a killer feature to have.

The phone does tend to get warm during gaming sessions, but that’s to be expected.

If you’re looking for a gaming phone on a budget, the Realme 6 can’t be beat. 60 Hz, Snapdragon 720G offerings like the Redmi Note 9 Pro don’t even come close.

It’s when you move beyond gaming that the cracks begin to show. The fast charging is great, as is the refresh rate, but battery life and colour accuracy take a hit. Even Samsung and Apple don’t bundle fast chargers with their phones, though perhaps with good reason.

Sticking to 90 Hz has a noticeable impact on battery life. Our standard PCMark Work 2.0 battery life test showed 7 hrs 20 min at 90 Hz and 8 hrs 30 min in adaptive mode. Adaptive mode switches between 60 and 90 Hz as needed. I still tended to stick with 90 Hz because of how nice it was, and the fact that the 30 W charger juices up the phone so fast meant that I wasn’t really concerned about battery life. 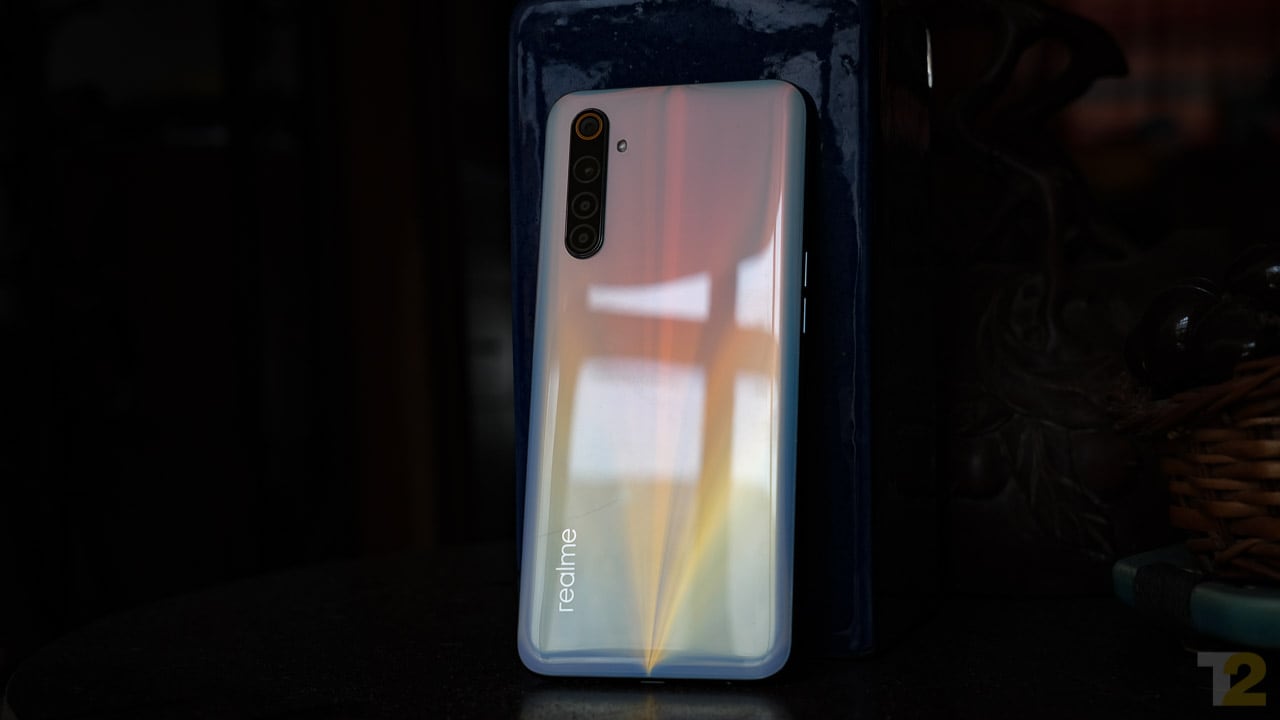 The display, while fast, is a bit washed out and with plenty of noticeable backlight bleed. Off-axis viewing, such as when you’re looking at the phone while it’s on a desk, also reveals a lot of bleed. It’s so prominent that I disabled dark mode and switched my wallpaper to something brighter and more vibrant to mask the effect.

Contrast is poor because of this, and images and video tend to look a little flat. You can watch Netflix and YouTube in HDR on this phone, but videos just don’t look as good on this display as they do on, say, the Redmi Note 9 Pro’s display.

Camera quality too isn’t as good as I’d like it to be. The rear camera system comprises a 64 MP primary camera, an 8 MP ultra-wide, a 2 MP portrait camera, and a 2 MP macro camera. The 2 MP cameras are all but useless and I feel they’re only there to pad up the spec sheet. ‘Quad camera’ just sounds better than ‘dual camera’, doesn’t it? 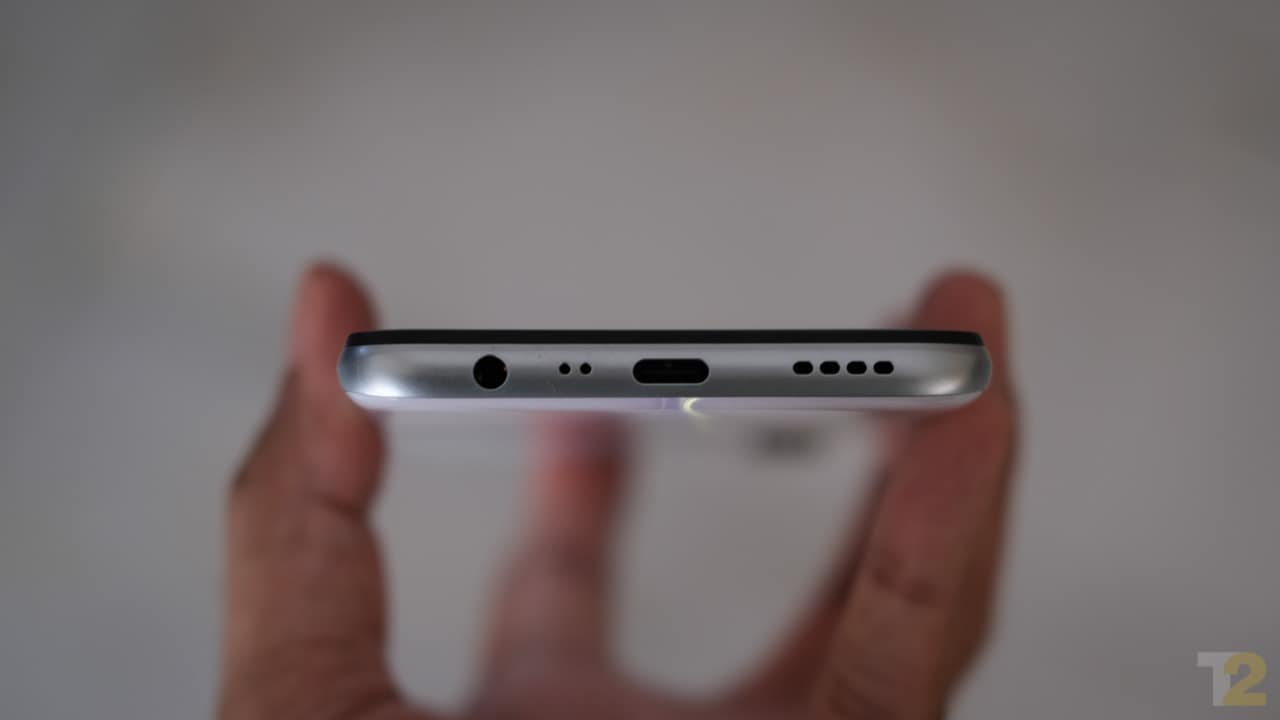 It's nice to see a USB-C port and a headphone jack. Image: Anirudh Regidi

Anyway, as with most budget phones, image quality is good in good lighting and acceptable in low light. There is a night mode and stabilisation, but images shot in any conditions aren’t as good as those shot on rivals such as the Redmi Note 9 Pro. They’re fine in isolation though, it’s only on a direct comparison that you’ll notice issues.

The inability to focus is the real problem. The camera tends to hunt for subjects and more often than not, you’ll end up with an out-of-focus shot.

The 16 MP selfie camera is good, but frustratingly, goes overboard with its AI beautifying features.

Both cameras seem to suffer from metering issues and tend to overexpose scenes by default.

Video recordings are acceptable, and the UIS (electronic) stabilisation mode does help in keeping things smooth when necessary, but it’s nothing to get excited about and more often that not, causes severe warping. Slo-mo is pretty much useless in anything but the best of lighting.

You can check out image samples below: Verdict: Did I mention that this is a gamer’s smartphone?

Yes, issues such as backlight bleed and camera quality are notable, but they’re only a problem when compared to the competition.

If you care about anything other than gaming, get yourself a Redmi Note 9 Pro.

If you want the best gaming phone under 15k, the Realme 6 is what you want.