At an event held in New Delhi, Realme has announced the successor of Realme 2 Pro (Review) — the Realme 3 Pro. Along with that, the company has also announced Realme C2, which is the successor to its entry-level budget smartphone offering, the Realme C1.

The Realme C2's first sale will be held on 15 May starting 12 noon, exclusively on Flipkart. The Realme C2 features a 6.1-inch HD+ display. Under the hood, it is powered by 2.0 GHz octa-core Helio P22 processor. Running the device is Android Pie-based ColorOS 6.0.

For photography, the Realme C2 sports a dual-camera setup at the back, which comprises a 13 MP and a 2 MP sensor. For selfies, the device is equipped with 5 MP AI camera. The phone's rear camera also supports 80fps/480p slow motion videos.

The Realme C2 has a triple camera slot, and support AI facial unlock. Fuelling the device is a 4,000mAh battery. 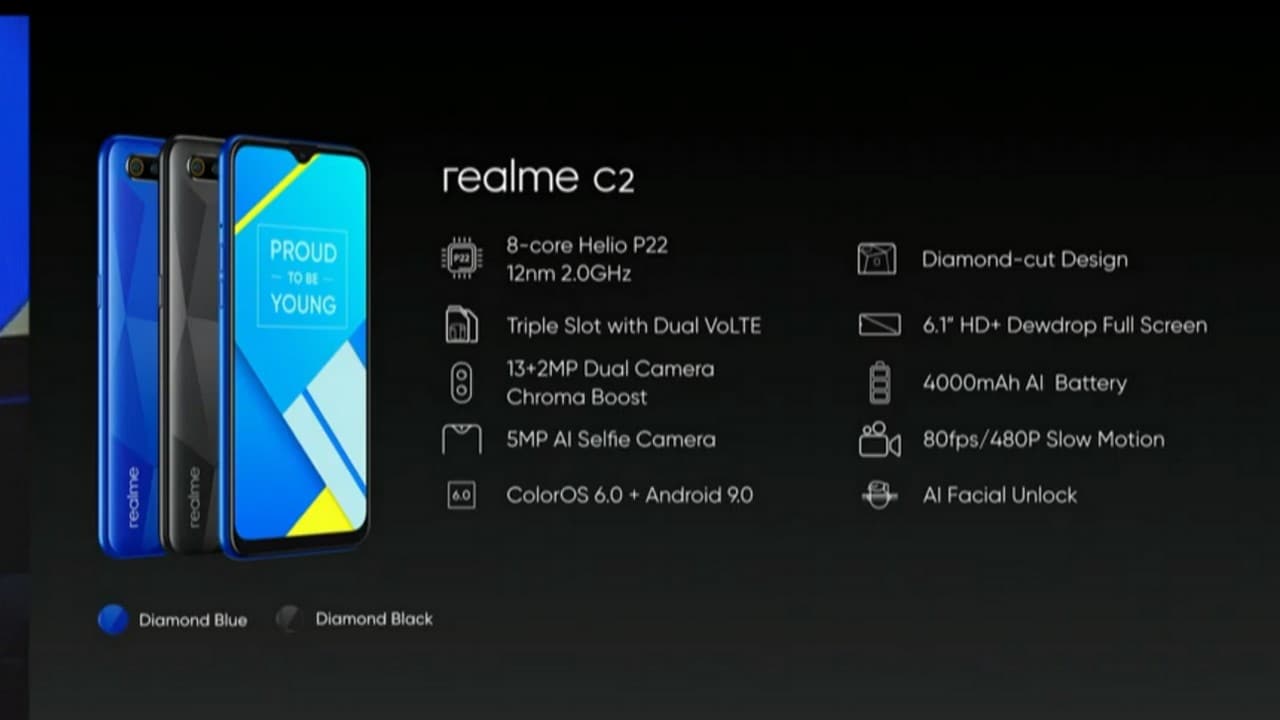 The Realme 3 Pro features a 6.3-inch FHD+ IPS LCD display with a V-shaped notch, that houses the front-facing camera.

On the back, the phone sports a dual-tone colour with a dual-camera setup and a fingerprint sensor. For rear optics, Realme has included a 16 MP Sony IMX 519 sensor which is the same used in the OnePlus 6T (Review) along with a 5 MP depth sensor.

On the front, the smartphone comes with a 25 MP sensor.

Realme 3 Pro, as was mentioned in its teaser as well comes with a fast Snapdragon 710 SoC with an Adreno 616 GPU, coupled with 6 GB of RAM and 128 GB storage.

Time to fasten your seat belts as #SpeedAwakens⚡Experience the live unveiling of #realme3Pro from Delhi University at 12:30PM, 22nd Apr. Excited? RT & spread the word. pic.twitter.com/vW57xa5Li5

Realme runs on ColorOS 6.0 UI which is based on Android 9.0 Pie. It comes packed with a 4,045 mAh battery. a 20W charging adapter and support for Oppo's VOOC 3.0 fast charging capabilities.