A quick look at how the Realme 3 Pro fares with respect to its predecessor as well as competition.

For years, Xiaomi had a free run in the mid-range segment. To challenge Xiaomi’s dominance in this segment, Oppo launched their own sub-brand, Realme. After a couple of above average releases, in mid-2018, they finally got it spot on with their third launch — Realme 2 Pro (Review). The phone was a great combination of specifications and features at a hard to beat price that not only shook Xiaomi from its slumber but also raised the bar in this segment by several notches. 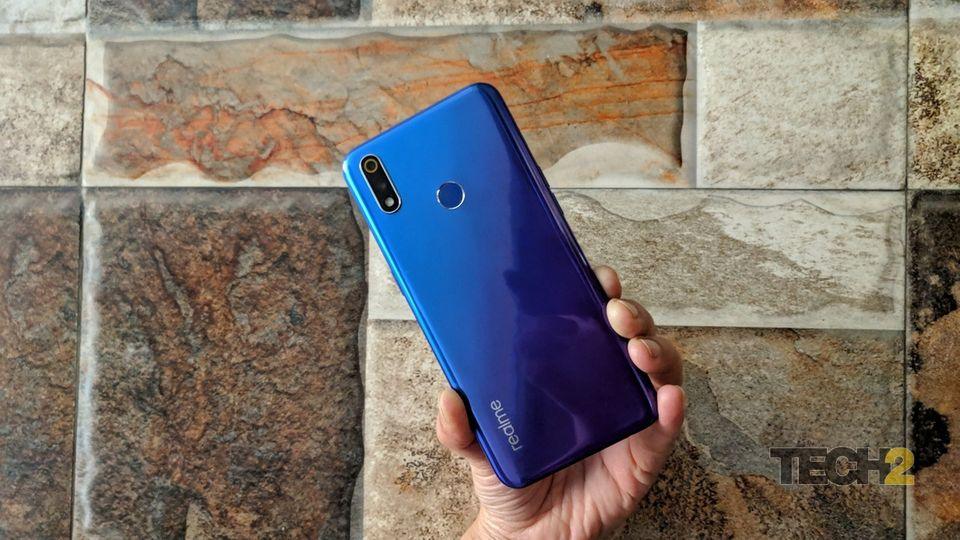 The Realme 3 Pro is easy to hold in one hand.

After a lacklustre Redmi Note 6 Pro release late last year that did precious little to reclaim the honours in this segment, Xiaomi responded strongly with the Redmi Note 7 Pro (Review) earlier this year. The bar was raised further and battle-lines were drawn. The ball was put in Realme’s court to respond strongly and shake up the segment again.

Enter, Realme 3 Pro (Review). Let’s see if it can recreate the magic of its predecessor and at the same time give its competitors sleepless nights.

Again, like we did in case of the Redmi Note 7 Pro, this is a quick analytical take on the new Realme smartphone with respect to upgrades over its predecessor and how it stacks up against competition.

While the Realme 2 Pro didn’t fare badly in terms of aesthetics, the Realme 3 Pro goes a step further especially at the back. The curved edges and dual tone back looks classy and the phone feels good to hold too. The wavy pattern at the back makes it eye-catching and unique. There is now a layer of Gorilla Glass 5 on the screen to protect it from scratches. I wish there was one at the back too. More on that later.

Going beyond the Snapdragon 660

While the Snapdragon 660 on the Realme 2 Pro is still a potent midrange SoC, it is good to see Realme opt for a faster Snapdragon 710 chip on their new phone at the same price point. Some may argue that the company should have opted for a newer Snapdragon 675 SoC but there is nothing wrong with the 710 either. The overall performance is similar and in fact, the Adreno 616 GPU is slightly more powerful. Did I mention it is compatible with Fortnite too? Ignore if you are too addicted to PUBG Mobile already. Not only does the 710 help the Realme 3 Pro take the Redmi Note 7 Pro head on but also steers it clear from some aggressively priced last generation handsets powered by Snapdragon 660 chips. A smart decision. 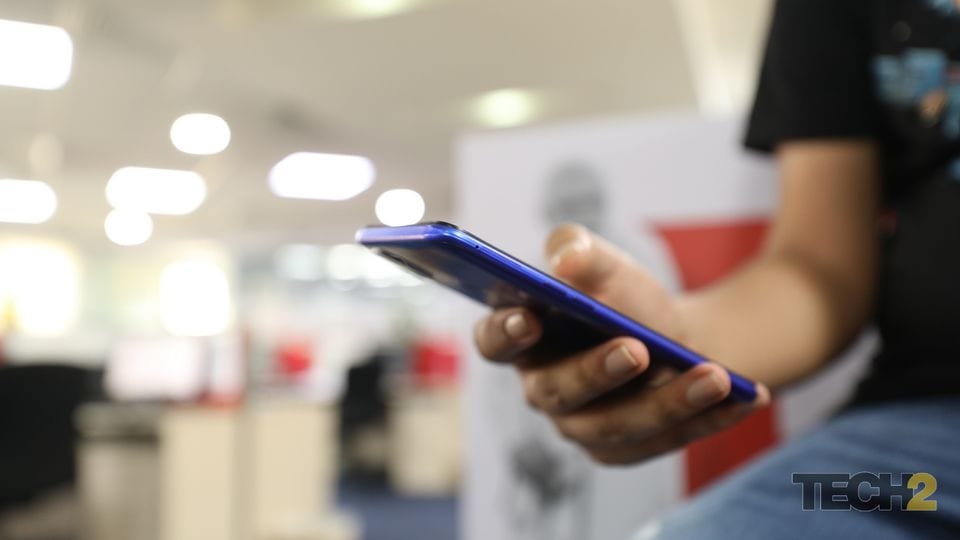 While the Redmi Note 7 Pro has a 4,000 mAh battery that supports fast charging, the company opted against bundling a fast charger in the package. In case of the Realme 3 Pro, not only has the company bumped up the battery capacity from 3,500 to 4,045 mAh, they have also bundled a 20W VOOC fast charger along. That is something one rarely gets with a budget device. Kudos to Realme for setting a positive trend there. It charges the battery from 0 to 100 in under 75 minutes and if you are in a hurry, you can charge a third of it in just 20 minutes. The phone lasts comfortably for a day and half of moderate usage on a full charge.

ColorOS 6.0 is a refreshing change

ColorOS 6.0 based on Android Pie is a breath of fresh air. The new design language and colour schemes make the UI look cleaner and lot less clunky as compared to its previous versions. You also get an app drawer now that I am extremely fond of. The drop-down settings icons are now much bigger and easier to access. Though the overall UI is still not perfect, it is lot less bloated than before and a giant step in the right direction.

Despite the faster SoC, nicer design, improvements to the display and battery backup and the inclusion of a fast charger in the package, Realme has managed to keep the pricing as competitive as that of the Realme 2 Pro. They have also dropped the RAM and storage variants from three to two, which is the right decision in my opinion. The 4 GB RAM and 64 GB storage variant is priced at Rs 13,999 and the one with 6 GB RAM and 128 GB storage can be purchased for Rs 3,000 more, exactly the same as Redmi Note 7 Pro. There's no 6 GB/64 GB variant in the middle or the one with 8 GB RAM that’s almost a waste on midrange chipsets and only looks good on paper.

Camera could have been much better

The 48 MP camera on the Redmi Note 7 Pro is a game changer in the sub-20K segment. It is not the high megapixel count that makes it superior but the smart use of pixel binning technology in conjunction with that sensor that makes the difference in image quality. The difference is even more conspicuous in low light photography. While I do not expect Realme to follow the competition blindly, there was ample scope to provide something even better than what they managed on the Realme 3 Pro. 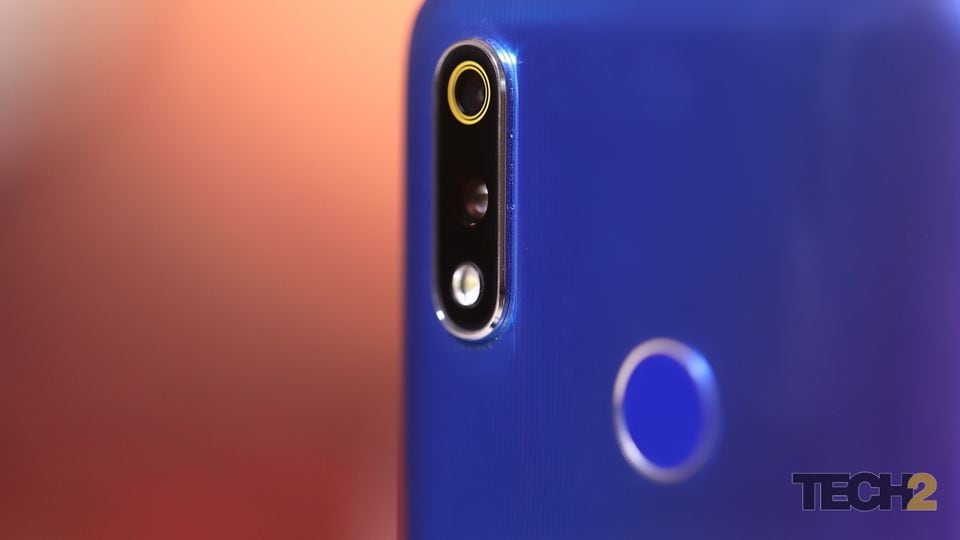 The dual-cameras on the Realme 3 Pro are great but not the best.

While the 16 MP camera is not bad for this segment and uses the same Sony IMX519 sensor as the OnePlus 6T for what it’s worth, the eventual image quality is not as good as its Redmi counterpart. Personally, I feel that Realme should have tried something different here as photography is one department that’s always in sharp focus in the midrange segment and beyond. With Xiaomi raising the bar significantly, it seems Realme didn’t even bother competing this time on the photography front. Yes, you do get the super slo-mo mode here that can capture 720p videos at 960 fps but the quality isn’t anything to write home about.

Not that the things I am about to mention here are deal breakers, but these are not the corners one should be cutting in 2019. The first thing is a plastic back that is prone to scratches and smudges. While the phone does look attractive when its new as I had mentioned earlier, the back gets scratched quite easily in no time. And using a cover to protect it would be counterproductive as it would completely hide the textures at the back. So a glass back with a layer of scratch resistant glass would have been a good idea. Moving on, the phone has a micro USB port. Why? I will leave it at that.

Does not raise the bar further in this segment 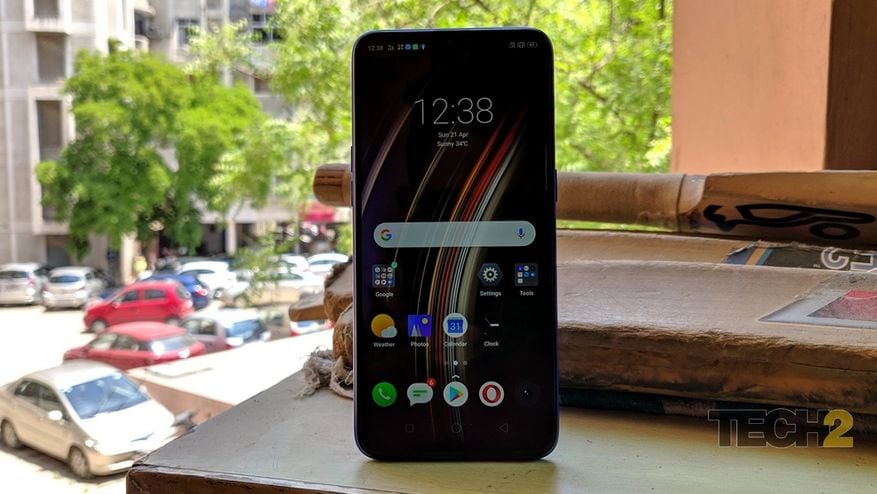 The Realme 3 is a good phone but Redmi Note 7 Pro is just a smarter choice.

While this is not a huge cross against its name or market viability, I expected a bit more from the Realme 3 Pro. Make no mistake, the Realme 3 Pro is a good all-round phone in this segment that is certainly worth buying but it doesn’t raise the bar any more than the Redmi Note 7 Pro did couple of months ago. Yes, it is an improvement on its predecessor on almost every front but doesn’t surpass its prime competitor on any, barring the bundled fast charger at most. Maybe I am expecting a bit too much, but then blame the Realme 2 Pro for raising my expectations

Realme 3 Pro alternatives: From Redmi Note 7 Pro to Samsung Galaxy A50 and more