Realme 3 is set to launch in India on 4 March, alleged live images leaked

The realme event will begin at 12:30 pm and it will also make realme fans a part of the launch.

The Realme 2's successor Realme 3 is all set to launch on 4 March in India. Madhav Sheth, Realme's India brand head has posted a tweet revealing the details of the launch event. 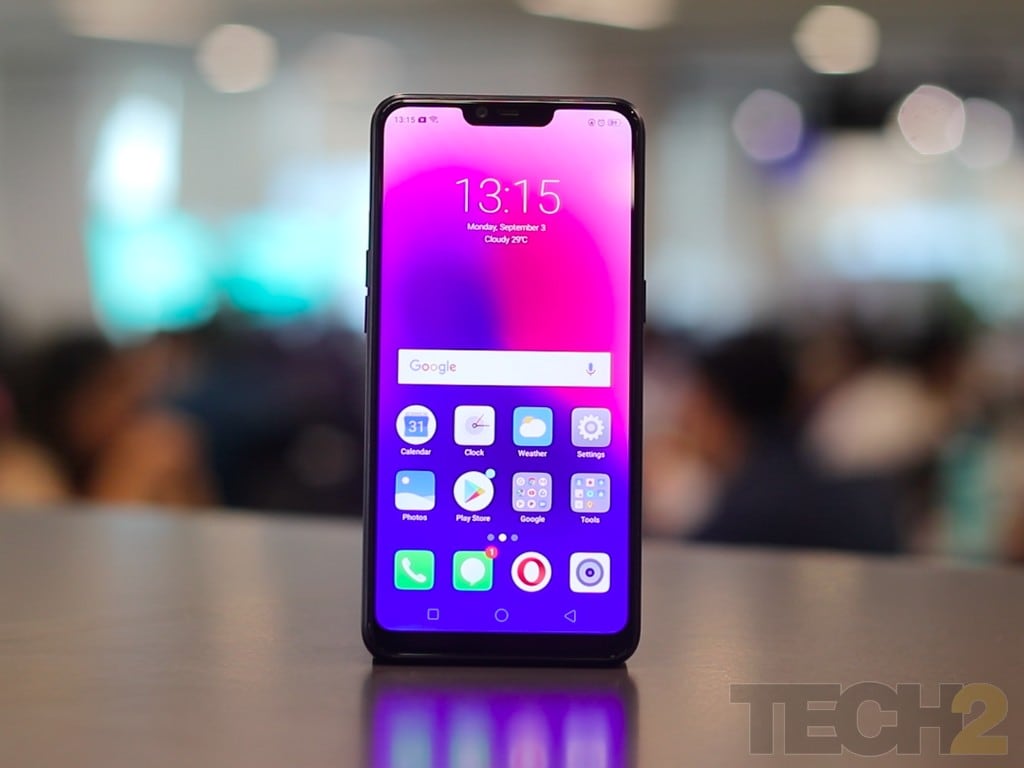 The event will begin at 12:30 pm and it will also give realme fans a chance to be a part of the launch and as the tweet mentions 10 fans will be selected by Madhav Sheth. The last day to apply for the realme 3 launch event is 25 February 2019 till 12 pm.

No more compromise between Power and Style as it’s time to #PowerYourStyle. I will select 10 fans to be a part of this starry arrival of #realme3 on 4th March. RT this and share your excitement! pic.twitter.com/nv3O4lLslG

Twitter account of realme has posted the same image on its handle and has asked users to tune into their official account to check out the live stream of the event on 4 March.

Look at the sky, the stars are unwrapping something celestial. Witness the launch of #realme3 #PowerYourStyle live on 4th March on our official handles and be a part of the cosmic event. Find out more at https://t.co/HrgDJTZcxv pic.twitter.com/gG0l0ZnBm1

As per a different tweet, Nehru Planetarium in New Delhi seems to be the venue of the event.

A starry ambience at Nehru Planetarium, New Delhi will unfold the tale of #realme3.
Get ready to #PowerYourStyle with us!

Call out to the fans!
Want to join us at the cosmic event? Apply now, limited seats only. https://t.co/afc8Z8F94Q pic.twitter.com/5mtYsJlTBy

Also, there is a video which teases the upcoming Realme 3 in a video inspired by the movie Gully Boy.

Kya bolta bantai! Check out Gully Rappers Yoku BIG and Sid. J from 7Bantai'Z showing their Power and Style. Can you do it better? Dikhana Zara 🕺🏽 Join #PowerYourStyle Challenge on @indiatiktok and get a chance to win the all new #realme3. Join Here: https://t.co/58D8JEEovD pic.twitter.com/GU1rEmBoDc — Realme (@realmemobiles) February 23, 2019

Apart from the official news on event details, leaks for the Realme 3 have also started to flood in. Rumoured live images of realme 3 have surfaced online as per a report in Tech Burner. The images are blurry and don’t really reveal much, but it does give us an idea of how the back of the phone might look like. A Realme logo is placed on the bottom left in a vertical fashion. Also, the back seems to come with a black and blue gradient finish. But as per one of the earlier tweets, the company was teasing that it is bringing back the diamond cut finish.

Diamonds never go out of style. Look closer and tell us what you see. pic.twitter.com/msRZT98OWA — Realme (@realmemobiles) February 20, 2019

Also, the image in the tweet shows a vertical dual-camera setup instead of the horizontal one that realme phones usually sport.

We will have to wait for Realme to bestow us with some official news to witness how the back of the upcoming Realme 3 might actually look like.