Rape threat to Kavita Krishnan: Does the Internet belong to the cyber bully?

India ranks third internationally in cyber bullying, which makes the internet a very unsafe place for women, Dalits, Muslims and other minorities.

"Tell me where I should come and rape you using condom", wrote someone to activist Kavita Krishnan during a public chat organised by Rediff.com. This person had chosen for himself the handle "RAPIST" and initially, his ill-begotten suggestions were directed at women in general. However, when his gracious offer to stop raping women if they stopped wearing "revealing clothes" was brushed aside, perhaps he found it necessary to narrow his focus. So he threatenedto rape Krishnan.

How could Krishnan have responded to his threat? In the virtual world, all Krishnan could do was retort or ignore, and then retreat. Krishnan's experience isn't exceptional. When she was threatened during the live chat, Krishnan became one of the countless for whom the virtual world isn't quite as free, fair and welcoming as most of us imagine the Internet to be.

India ranks third incyber bullyingafter China and Singapore. In anarticle onHuffingtonpost, writer Soraya Chemaly points out how the internet is perceived as medium where it is easy, and also justified, to silence women. The methods of silencing, as has been found on several websites in India and abroad, is severe abuse. 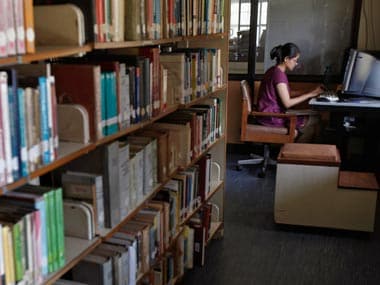 David Porter notes in his bookInternet Culturethat the internet has evolved from being a "peripheral phenomenon" to a "site for cultural production and transformation". Ways of negotiating virtual identities and communities, therefore, have to be constantly discussed, reinvented and regulated. Communities and identities that populate virtual spaces can display desires that may not manifest themselves obviously in the real world.

Real life prejudices often take on monstrous proportions online. Women are subjected to insults, criticism and extreme cases of abusive behaviour. Take, for example, the case ofAmaresh Mishra, whose bio on Twitter reads, "Author, Historian, Film writer and Politician". Incensed by Modi-supporters who "abuse Sonia and Rahul Gandhi", he went on aTwitter rant spreeand threatened to rape and brutalise (with rods) Narendra Modi's female supporters. Some time later, presumably once he'd calmed down, Mishra deleted the damning tweets, thereby almost doing away with evidence that could be used to sue him.

Abuse on the Internet thrives for the same reason street harassment does - because it is tolerated and it's difficult to ascertain who precisely is your tormentor. The targets, as in the physical world, tend to be those who question the status quo, those who are perceived as less powerful in the social hierarchy.

"It's not just women," says Krishnan, while speaking about how the internet can be a threatening space. "Dalits are targeted a lot, I know. I'm told Muslims also receive lots of hate messages. Basically, it's minorities who are attacked."

Debarati Halder, who runs the Centre for Cyber Victim Counselling in Chennai,says the preferred way of lashing out at a woman on the internet is by calling her a "slut". It's not used in an embrace-your-sexuality way, but seeks to demean the woman into a sexual object.

"They may also bring up personal details including her vital statistics. In many occasions such bullies openly invite trolls to escalate the situation. I have seen if the victim is an active participant in these chat forums, in the beginning they try to protest.But more defensive you get, the more the bully is encouraged,"says Halder. She says several such instances of abuse can make a woman feel unworthy of respect and even suicidal.

According to Chemaly, when faced with intimidation online, vocal women usually choose to mellow and stop fighting on public forums. When a masked identity taunts you with graphic threats -how he wants to violate you, where he wants to rape your school-going daughter and so on - the most common response is to create a distance between yourself and the commenter.

In India, cyber bullying gets the necessary go-ahead from the absence of laws attuned to such cases. Except for Section 66A of the IT Act, according to which a person can be booked for sending false, offensive messages through communication services, there is no strong law to tackle cases of online abuse. Most cases of online abuse are dealt by clubbing Section 66A with the Prohibition of Ragging Act (Section 509 of IPC), meant to tackle sexual harassment. However, Halder, points out, "Except for cases of monetary fraud over the internet, they [the police] don't fall back upon the law too often."

Delhi-based lawyer Apar Gupta says it's not the absence of well-defined laws that hampers action against cases of cyber abuse.

"Free speech ends where it harms someone's human rights," she says. "We have to create a culture of civility on the internet. At present, there is no clear distinction between what can be accepted levels of criticism and rage and what should be blocked and disallowed."

Looking at the current state of affairs, where the internet isn't completely safe, Kovacs suggests that we grow a "thick skin". Halder says that at least moderated forums should take up the responsibility of blocking and booking perpetrators.

"No service provider actively monitors the user's activities," says Halder. "This becomes a huge problem especially for Indian victims (specifically women victims) as many perpetrators take this opportunity to continue harassing the victim."

Astudy on internet usersrevealed 45 percent people prefer to use pseudo-names in public discussion forums and social networking sites. But 74 percent people on these sites also exchange personal information, including photos, with people they know just virtually. The study also says that more than 69 percent of users have faced abuse and a whopping 78 percent have received abusive messages from known and unknown sources.

FromTwittertoFacebook, most social networking portals announce in their policy section that bullying, harassment and abuse will not be tolerated. Facebook has separate sections that warn users against bullying, harassment, using hate speech.Twitter too mentions that offensive content will not be tolerated on the site. It even has a provision that allows the site to block the user completely. However, rarely do the websites make efforts to force out abusive users, which is how the likes of Amaresh Mishra continue to use Twitter.

"The only action they caninitiateand conclude is to cancel the registration of the user ontheirweb servicefor violating theterms," says Gupta.

Gupta feels the only way to tackle cyber bullying is police reform rather than more legalities. He cautions against legal provisions against online harassment that could be used by conservative and far-right political groups to further grudges and book anyone who seems to oppose their politics vocally on a public web forum.

And so, Krishnan's harasser and others of his tribe will walk free and perhaps they'll log on to another chat and spout their threats. They'll do so fearlessly and confidently because at present, all the odds are in their favour.