When the idea was first teased last year, Quibi was thought to be just another video streaming app to look forward to. At CES 2020 though, Quibi founders laid down the plans — 175 original shows with 8,500 episodes, featuring content from Steven Spielberg, actors such as Christoph Waltz, Rachel Broshnahan, Jennifer Lopez, Sophie Turner, Chrissy Tiegen, as well as content from news organisations such as BBC, ESPN and so on. This had everyone’s attention. 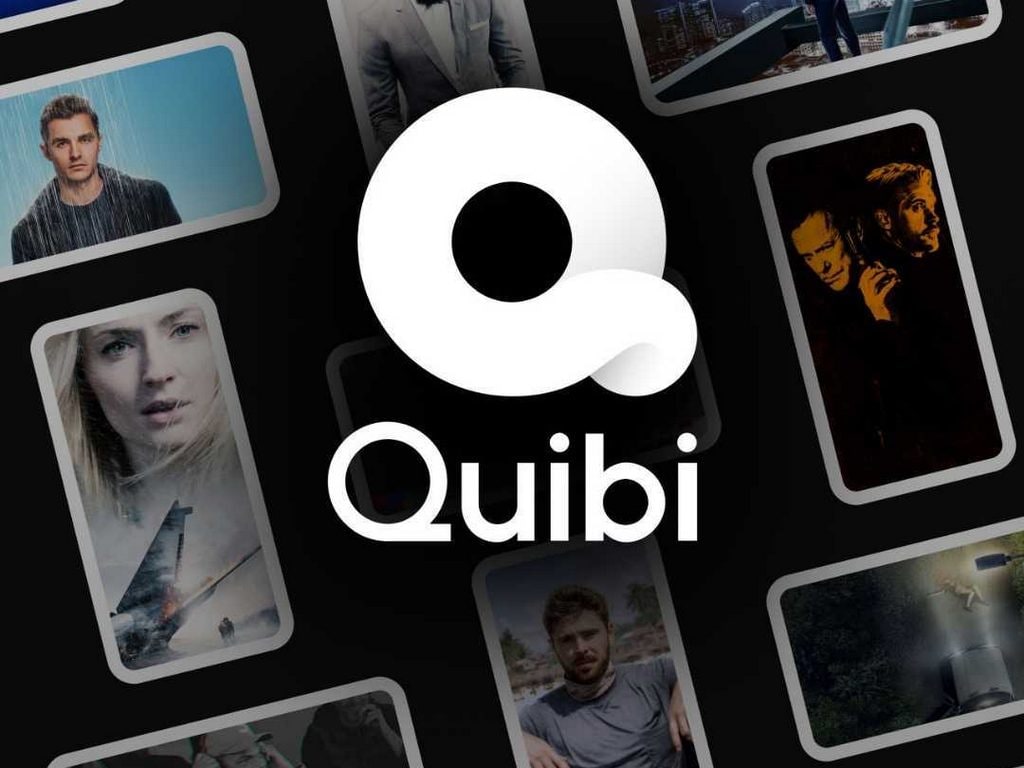 Quibi content will ONLY be available on the mobile platform.

Quibi has launched on the Android and iOS platforms on 6 April. In India, you can avail the 90-day free trial offer. But you will still need to register this app with your credit card.

You will be charged Rs 669 per month after the trial period expires. In the US, there are two tiers: a $4.99 plan which will have ads, and a $7.99 plan which will not have ads. In India, the app is only showing the ad-free plan. You can cancel your subscription anytime before the three month trial ends at no extra cost.

Before we start analysing the app, here’s what sets Quibi apart from the existing streaming services such as Netflix, Prime Video, Disney+ Hotstar among others.

• Quibi stands for ‘Quick Bites’. That means no episode from any show on the Quibi platform will be longer than 10 mins, irrespective of the genre of content

• Quibi content will ONLY be available on the mobile platform. Want to try this out on TV? No chance. How about watching it in a web browser on your laptop? That’s not an option either. The idea behind Quibi is to have content which can be enjoyed on the go.

• Quibi lets you view content in the portrait as well as landscape orientation, which Quibi calls Turnstyle mode.

• There’s a Daily Essential News and Lifestyle section, which is meant to be updated daily and has news-related content which can be consumed as 6–7 min videos.

On powering up the app, the first tab that is presented to you is called “For You”. The other tabs are “Browse”, “Following”, and “Download”. The vertical scroll layout of the app has every content piece showing up in a card layout. Each card gives you a good glimpse into what you can expect from a show. You get the show name along with the episode name, the genre of the show, and a video trailer of the show plays on in the card if it is on your display for more than a few seconds.

This card layout paired with vertical scrolling is more reminiscent of Instagram or Snapchat, or even TikTok’s design language, than of traditional video streaming platforms such as Netflix or Prime Video. At the bottom right-hand corner of every card are three dots, which, on tapping, take you to a pop-up menu from where you can follow the show and download that episode, share the show, or play the episode. You will see around 15–20 shows in the ‘For You’ section. I am guessing this section will get more intelligent and catered to your tastes, the more content you watch on the Quibi platform.

The Browse section has a search bar which will let you search for any specific shows or episodes. Searching by genre does, thankfully, return results. In some instances, searching by actor names also led to some results. Following and Downloads tabs are just straight forward lists of shows you have followed, (which lets the app notify you when a new episode is up) or downloaded.

The first question before you download the Quibi app on your phone will be: “What content does it have?” The official YouTube page of Quibi, which has trailers, will give you a very good idea of what kind of shows to expect on the platform. The shows can be broadly divided into three categories: daily essential news and lifestyle shows; documentary and reality TV type shows, and high-quality scripted shows divided by chapters. Again, every episode across any show is always under 10 mins. Every show’s page has an indication as to what the episode-release cadence will be like.

Another thing worth noting is that unlike Netflix or Prime Video, Quibi is not planning to release all episodes of its shows at once. For instance, on the first day, Survive, Most Dangerous Game, and 50 States of Fright, had three episodes up each. Some shows such as Chrissy’s Court had six episodes up. But going forward, the idea is to release one episode per day in a way that there is up to three hours worth of fresh content available daily. Every show’s page has an indication as to what the episode-release cadence will be like.

Shows that have piqued my fancy and some of which I have seen include:

• Survive: “Jane wants to end it all. Then a plane crash almost ends it for her. Now she’s crawling from the wreckage with Paul, the only other survivor.” Starring: Sophie Turner.

• Fierce Queens: This is a nature series exploring the lives of fiercest females of the animal kingdom. Presented and narrated by Reese Witherspoon.

• 50 States of Fright: A horror anthology featuring one scary story from each of the 50 states. Starring: Rachel Brosnahan, among others.

• Shape of Pasta: This is a travel and food show about a chef in Italy pursuing the perfect pasta.

• You Ain’t Got These: This is purely for the sneaker-heads and explores that culture. Presented by: Lena Waithe.

Overall, the collection on launch day is varied and everyone will find something or the other that will catch their fancy. At the moment, most of the content is in English, with a few shows catering to the Latinx audience and presented in Spanish. Naturally, because of the Coronavirus-mandated lockdowns, some of the Daily Essentials library is just trailers. BBC's Around The World has begun sharing one 5-6 min news capsule of world news daily. It's a fresh take on daily news with a factoid interspering the news. Even the seeking bar has milestones which let you jump between different news items for that episode.

Optimised for vertical and horizontal viewing

One of the USPs of Quibi is this feature called Turnstyle, which lets you watch content while holding the phone vertically or horizontally. You can even switch between the two orientations midway — even if you have a system-wide orientation lock enabled — seamlessly. Quibi manages to avoid any glitches or breaks when you switch from vertical to horizontal orientation, by enabling two streams simultaneously (of course, this takes a hit on your data, if you are really concerned).

There’s currently no way of knowing the exact resolution of the streams. Streaming quality is set at ‘Auto’ by default, and appears to go up to FHD. There’s also a ‘Standard Quality’ option that looks like SD resolution. Downloaded video quality can also be set to either Standard or High. And there’s a toggle switch to force lower resolution streams and downloads to save on data, if you need it.

In terms of the user experience, I noticed that the switching was quite smooth. While vertical viewing does manage to realign the text (if any) in the frame perfectly, the video obviously looks a bit zoomed in. This may work while watching newsy shows from BBC, for instance, but when watching documentaries or feature-length films, you will miss out on some portions of the scene that are visible in the horizontal orientation.

I watched an episode of Most Dangerous Game in the vertical as well as horizontal orientation. In the vertical orientation, I felt like I was much closer to the characters, as though I was sitting in the same room as them. But for other shows, such as 50 States of Fright I’d rather not have nightmarish characters right up in my face.

One good thing is that vertical videos are well optimised. The vertical frame almost seems to be tracking the subjects so that you don’t have characters cut out of the scene. Also, in the vertical orientation, the seek bar shows up on the right hand side vertically (left-handed users can also switch it to the left side), counting from the top to bottom — almost like an upside down volume rocker.

At the moment, not really.

Quibi knows it has stiff competition and it has come to the battlefield with guns blazing, so to speak. Quibi has been founded by former Walt Disney Chairman and co-founder of DreamWorks SKG Jeffrey Katzenberg, and former HP and eBay CEO Meg Whitman. Katzenberg’s experience reflects in the lineup of Hollywood royalty that is featured on Quibi. The $1.8 bn investment is also no joke.

The biggest limitation of Quibi is that it’s available only on the mobile platform for now. Yes, Quibi’s unique format paired with features such as Turnstyle works great for watching high-quality mobile content on the go. But, during the current lockdown scenario, Quibi stands no chance in front of established video streaming services which can be enjoyed on many platforms, not to mention on much larger displays at home.

In the Indian context, Quibi is definitely priced on the higher side, with no family plans available. Every account gets only one stream, so you can’t even share passwords if you were planning to do that. In India, Quibi is bound to remain a niche platform for some time. But it’s a great platform for the many short filmmakers in the country, whenever Quibi expands its production budgets.

Just as Instagram copied Snapchat, I don’t see why the Turnstyle feature cannot be incorporated into other streaming services such as Netflix or Disney+ (even though it is a patent-pending technology). But then again, is Turnstyle really that important?

Unless Quibi has some tricks up its sleeves which give a purpose to the two orientations beyond just being a ‘feature’, the other streaming sites could optimise their content for two orientations as well. Netflix executed its interactive take on Black Mirror: Bandersnatch quite well, I don’t see why Quibi shouldn’t experiment with dual orientation.

I can picture myself watching videos in a vertical orientation when I am commuting, but I’ll always be wondering whether I missed out on any detail had I been watching it in the cinematic or horizontal perspective. Vertical video content is a hit-and-miss proposition. While IGTV couldn’t manage to make the vertical video format mainstream, TikTok has shown that it can work if done right. Will Quibi’s seamless switching proposition work in the long term? Only time will tell.

Does Quibi bring something new to the table? Absolutely.

The snackable episode lengths are perfect for a quick watch when you are waiting in queues, commuting, or are on your lunch or coffee breaks. The content catalogue is varied and things don’t seem that overwhelming when using the app, at least as compared to the massive content libraries on Netflix, Prime Video, or Disney+ Hotstar. There are many more shows to be launched on the platform, including a horror show by Steven Spielberg called After Dark, which apparently you’ll only be allowed to play after midnight in your timezone.

While we are currently cooped up in our houses, we may prefer to watch content on bigger displays, but the 90-day free trial makes it a no-brainer to at least give Quibi a shot.

Netflix brought about a behavioural change in me — I realised I had no patience for shows that had more than eight, hour-long episodes per season. Maybe Quibi would bring down that tolerance further, if it manages to keep the promise of high quality shows in tight timelines. I’ll give you an update on what happens by the time my trial period expires. For now, the app certainly looks promising.