Snapdragon 1000 should provide as much processing power as an Intel Y-series or U-series chipset.

Qualcomm, which has more-or-less dominated the chipset industry in mobiles with its Snapdragon lineup, is set to take on the likes of Intel and AMD by making a new Snapdragon 1000 series chip exclusively for PCs. 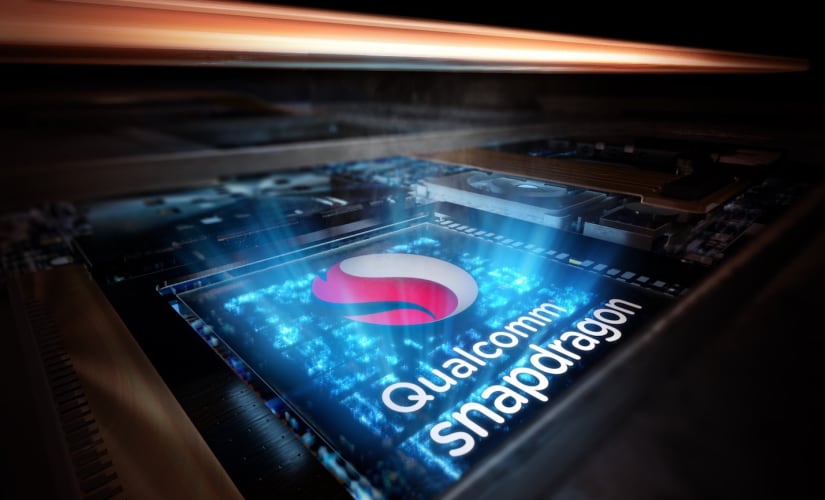 Last year in December, Qualcomm had unveiled the lineup of  ‘Always-Connected PCs’, which were powered by the Snapdragon 835 processor and running on the modified Windows 10 S. As per a report by WinFuture, these PC's are set to come out later this year and will be modified to suit the recently announced Snapdragon 850 chipset.

However, the Snapdragon 1000 chipset (codename SDM1000) should provide as much processing power as an Intel Y-series or U-series chipset, as per the report.

WinFuture also notes that the TDP of the SDM1000 is around 12 W, which puts it within reach of Intel's Y and U series of ultra-low power chips. For reference, Apple's 12-inch MacBook uses a Y-series Intel CPU and more Ultrabooks use U series chips.

TDP or Thermal Design Power is unit that defines the maximum heat generated by a chip in real-world usage. As a rule of thumb, the higher the TDP, the more capable the processor. Intel's Y and U series chips are capable of 15 W.

Despite the matching TDP, it's unlikely that SDM1000 will match Intel's CPUs for flexibility, bandwidth and raw performance just yet. On the other hand, the architecture could be way more efficient than Intel's chips, offering 2-3 times the battery life. As long as the chip is powerful enough for regular use, the trade-off shouldn't matter.

In other words, Intel really needs to start worrying.

Obviously, the SDM1000 will also be specifically targeted at small form factor, thin laptops. As a matter of fact, Taiwanese electronics giant ASUS, who partnered with Qualcomm to unveil the "Always Connected" NovaGO PC back in December, is reportedly working on a device with the codename "Primus", which will use the SDM1000 in its reference design. The device has no expected release date as of yet, but we should learn more about it soon enough.

The report said that the Snapdragon 1000 developer platform had 16 GB of LPDDR4X RAM and two 128 GB UFS 2.1-rated memory modules on board. There also appears to be support for Gigabit WLAN, the Snapdragon 850 software modem and also a new power management chip for handling increased power usage.

Also, the report states that the Snapdragon 1000 will be a "socketed" chip, which means that the SoC will not be soldered on to the motherboard, which might mean the chip can be swapped out.

The SDM1000 will have dimensions of 20 x 15 millimeters which is larger than the Snapdragon 850 which has dimensions of 12.4 x 12.4 mm. However, this is still smaller than an average Intel processor which has 45 x 24 mm dimensions.

Qualcomm announces Snapdragon 845 mobile platform to power next generation flagship devices; Samsung to be the chipmaker

Bye bye iPad, Qualcomm's 'always-connected PC' is the future and it's here today

Hands on with the HP Envy x2 and Asus NovaGo: The world’s first always-connected PCs

Intel is partnering with Dell, HP and Lenovo to bring 5G tech to laptops and PCs in 2H 2019