The Snapdragon 865 is the chip that we’ll see in every Android phone that matters in 2020.

The Snapdragon 865 is the chip that we’ll see in every Android phone that matters in 2020, ranging from something as humbly priced as the Poco F2 to the OnePlus 8 and of course, Samsung’s flagship Galaxy S12 smartphones. These phones haven’t yet been announced, but it’s not much of a stretch that these phones will be powered by Qualcomm’s best, because what else will they use?

The exception here is Samsung, which is the only company that will likely sell Exynos powered phones in India while flaunting the 865 in the US market.

But I digress. Here’s what makes the 865 so special, and what Android phone users can look forward to in 2020. 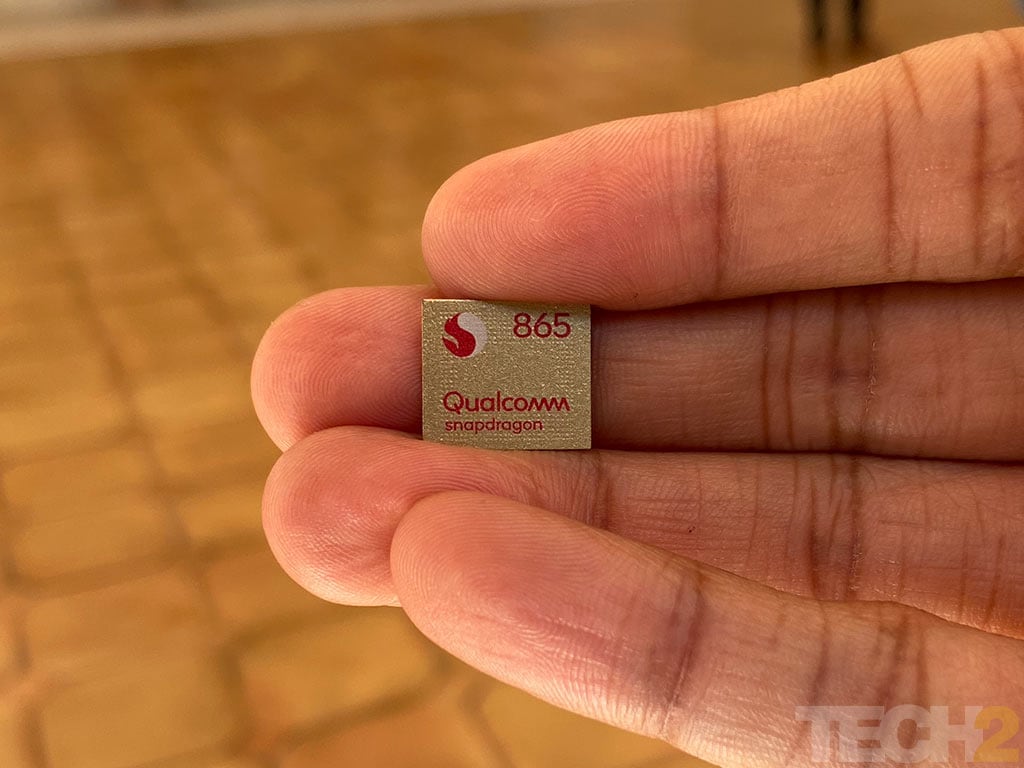 This tiny little chip will be powering the Android flagships of 2020: Image: Anirudh Regidi / Tech2

This optional 5G modem is blazing fast by every definition of the word. In theory, it supports a max data transfer speed of 7.5 Gbps, which, in the right network environment, makes it far faster than a wired internet line.

While this is awesome, do note that these phones are going to be selling in India as well, where average download speeds on cellular connections fail to hit even 3G speeds on a good day. It also needs support of bandwidth (mmWave) that is currently restricted in India.

Still, you can be sure that the 4G version will be as fast as you can possibly expect it to be.

While it is easy to slap the “AI” badge on everything, something has to process all that AI stuff in the background. This is where the Hexagon 698 comes in. Qualcomm calls this its “5th generation AI engine,” but all you really need to know is that in AI tasks, the 865 is apparently twice as fast as the one it replaces.

What this means is that it’s now even easier for more advanced AI processing to happen on your phone. Features like real-time background replacement in videos, smarter HDR for images, real-time speech recognition and translation, all of this can happen on your phone, and without the need for an active internet connection. The new chip is also 35 percent more energy efficient, says Qualcomm.

While it may not actually offer “desktop-quality” gaming — no phone is going to outclass an RTX 2080 Ti paired with an Intel 9900K — Qualcomm is certainly promising features that were originally the domain of PC gaming.

These features include 144 Hz HDR gameplay, user-updatable graphics drivers — yes, we’re serious — and optimisations being pushed for big games as and when they’re released.

Several optimisations designed for gaming are also meant to enhance the gaming experience by improving image and colour quality in post. The chip will apparently be able to deliver higher sustained performance over long periods of gaming.

Overall, we’re looking at CPU and GPU performance that’s up by 25 percent overall when compared to the 855.

Disclaimer: The correspondent was invited to the Snapdragon Summit at Maui by Qualcomm. All expenses relating to travel and accommodation were taken care of by Qualcomm.