Commercial samples of the first Snapdragon 700 mobile platforms series are anticipated to ship to customers 1H 2018.

Qualcomm has announced its Snapdragon 700 mobile platform series for the premium segment of smartphones at the Mobile World Congress in Barcelona. 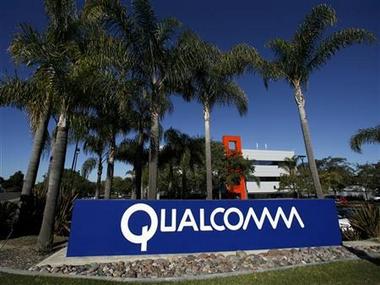 Commercial samples of the first Snapdragon 700 mobile platforms series are anticipated to ship to customers 1H 2018.

The focus with the Snapdragon 700 series is to get the features that have so far been part of the Snapdragon 800 series to the high-tier mobile segment which is a notch below the flagship segment. According to Qualcomm, some of the improvements that the Snapdragon 700 series brings on board include on-device artificial intelligence (AI), improvements to the camera, device performance and power. While the Qualcomm AI Engine will take care of the on-device AI portion, the heterogeneous computing offered by the combination of the Spectra ISP, Kryo CPUs, Hexagon vector processor, Adreno visual processing subsystems will take care of the rest.

Qualcomm highlighted four major areas of improvement. In the AI department, the Qualcomm AI Engine will be offering 2x improvements on on-device AI apps as compared to the Snapdragon 660 series. The Hexagon Vector processor, Adreno Visual Processing subsystem and the Kryo CPU will work in tandem to ensure optimal capture and sharing of videos, learning voice and speech and longer lasting devices.

In the camera improvement department, Qualcomm Spectra ISP will be used to its limits to deliver improved image quality in different lighting conditions. Some professional-grade camera features are also expected to be coming to phones sporting the Snapdragon 700 series chipsets.

On the connectivity front, Qualcomm claims that the Snapdragon 700 series will feature fast LTE, carrier Wi-Fi features and enhanced Bluetooth 5.

Qualcomm has also promised that the Snapdragon 700 series will bring about new architectures across the mobile platform which will include the Spectra ISP, Kryo CPU, Adreno visual processing system. In terms of performance jumps, Qualcomm is claiming a 30 percent improvement in power efficiency and better battery life across apps than the Snapdragon 660 series. Snapdragon 700 series will be supporting Quick Charge 4+ which has been improved to offer 50 percent charge in 15 minutes, a test that was done on a 2,750 mAh battery sporting device.

Of course, we will only be able to confirm all of these promises once we see smartphones with the Snapdragon 700 series chipsets. This will happen in the first half of 2018.

Facebook reaffirms commitment to OpenCellular at MWC 2018, to bring cellular connectivity to the next billion